The Local Face of a Global Epidemic 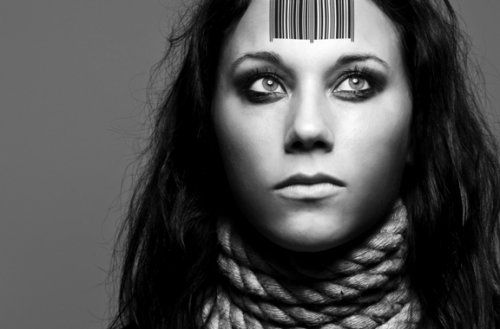 In my last posting, I wrote about my concerns as I prepared to travel abroad to volunteer for a NGO in Kathmandu, Nepal. Today, I have settled in and completed three days of my volunteer assignment. In the past few days, I have learned about trafficking in one of the most powerful ways possible, through day-to-day interaction with survivors of the human trafficking trade.

Like many people, I learned about trafficking through facts and figures. Human trafficking is billion-dollar global trade exploiting between 700,000 and four million women, children, and men each year (UNFPA, 2014).Trafficking has been internationally defined as, “The recruitment, transportation, transfer, harbouring or receipt of persons, by means of threat or use of force or other forms of coercion, of abduction, of fraud, of deception, of the abuse of power or a position of vulnerability or of the giving or receiving of payments or benefits to achieve the consent of a person having control over another person, for the purpose of exploitation” (UNFPA 2014). Trafficked individuals are frequently forced into prostitution, raped, sexually abused, and used to perpetuate sex tourism. The majority of victims are women and girls (ILO 2014).

In 2000, the UN Protocol on Trafficking in Persons was signed by 80 countries. Since then academics, governments, NGOs, international organizations, and communities have worked together discuss causes and propose solutions for this global epidemic. Some organizations provide sexuality and reproductive health education, information, and services to survivors. Others focus on awareness programs or lobby for governmental legislation.

SASANE, the NGO I am volunteering at, focuses on education, job training, and providing internships for survivors of human trafficking. In addition, they are putting a human face on the trafficking trade. As part of a new program called Sisterhood of Survival (SOS), survivors are trained as tour guides and hospitality staff. Part of this training involves a collaborative partnership with the Planeterra Foundation and G Adventures in which tourists visit SASANE, are taught how to make momo (a local dumpling), are served a traditional Napalese meal, and learn more about the widespread problem of human trafficking by survivors.

On my first day I was able to observe the interaction between the women and the tourists during a lunch gathering. I could clearly see the benefits of this collaboration. For the women, the collaborative project allows them to learn about the service industry, practice conversational English, and potentially open the door for future employment for those interested in becoming tour guides. However, I was more interested in what was less obvious; I wondered what the tourists were taking away from their lunch at SASANE.

It was my understanding that prior to lunch the tourists were given some information about human trafficking, SASANE, and the organization’s mission. Given the horrors of trafficking, I was surprised the tour group entered the organization in such jovial spirits. Guests laughed, joked with each other, they greeted the women, and after introductions some of the guests engaged in casual conversation with the women.

As the women taught their guests how to make momo, the tourists began to interact even more with their hosts. One guest asked, “Have you been making these since you were a little girl?” The two entered into a conversation about traditional food. The guests were frequently the ones who instigated the conversation, asking the women questions about food, cultural meanings, traditions, and local customs. The room was all smiles and laughter. No one discussed trafficking.

After lunch, one of the women gave a short presentation about the mission of SASANE and the programs the organization offered for survivors of human trafficking. The atmosphere instantly changed. It was as if all of a sudden the guest realized these same women who were laughing and chatting with them just minutes before had survived some of the most horrific violations of any individual’s human rights. Human trafficking had a face. Survivors of human trafficking had names; these were real women not photographs on the news or models used in some advocacy advertisement.

I admit I am biased. After only three days volunteering at SASANE I have already become attached to the women and the organization. However, I do believe this organization is doing something amazing. At SASANE there is a careful balance between the joyful cultural exchange and the important work of educating people from all over the world about the monstrosities and impact of human trafficking. I hope the tourists who came to lunch earlier this week return home with a new understanding of the wide spread epidemic that is human trafficking. I hope some of them will want to take action. There is always a fear that the impact is ephemeral. However, for some people personal interaction can have an enormous impact. I know that I am one of those people and I hope that many of the guests who dine with women in SOS program will also find interaction with these women life changing.