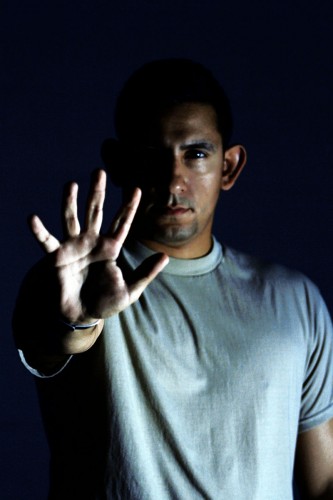 In patriarchal societies, men tend to take advantage of their power, and privilege. This privilege comes so easily because it is invisible to them, which makes men blind to their control over society. Besides, the concept of privilege is based on its omnipresent invisibility. The affordances of privilege cost many people, more so women, relegation to the outliers of society, and nearly incapable of controlling power. At times, certain men have an inclination to enforce, and monopolize, on their power in the workplace; i.e. make sexual propositions, or sexual innuendos, at their female-identified coworkers. The majority of sexual harassment cases stem from the workplace, so what happens when these situations happen in the general public? Furthermore, what happens when sexual harassment, whether physical, or verbal, occur between those of the same gender?

This past weekend, I was on Fire Island visiting Cherry Grove, one of the two LGBTQ locales on Fire Island. When walking through the woods to reach the other LGBTQ locale, The Pines, a couple of men joined my friend and I since they did not know their way to The Pines. About halfway through the journey, one of the men’s comments was quite uncouth about what he wanted to do with me. I, politely, denied the man, and attempted to walk faster, as to avoid any other vulgarities: however, to no avail, the man continued his onslaught of words. Many of my friends, and acquaintances, had mixed reviews: some were appalled by this man’s behavior, while others saw it as simple flirtatious banter. After this, I, wholly, sided, and identified, with Conrad Liveris, author of the op-ed Male-on-Male Sexual Harassment is Real.

While on a night out for drinks with his friends, there was a man who was, viciously, after the attention of Liveris. Time, and time again, Liveris declined this man’s incessant attempts, and then resulted to spending the night hiding; finding solace in being alone. In the aftermath of this event, Liveris assumed he could find some condolences from his friends: of which, he, like myself, received mixed reviews. Some of Liveris’ friends were very apathetic. Others, however, thought the man was simply flirtatious, and just wanted Liveris’ attention. Whether the man’s intentions were malicious, or not, he caused Liveris much grief, and unwanted attention. According to U.S federal law, in the workplace, sexual harassment constitutes as any form of lewd, sexual, or verbal harassment; causing for a hostile environment. The law, furthermore, states the harasser may be the same gender as the victim. Although, women are at the forefront of sexual harassment, there are numbers of men who report their experiences.

According to a 2014 U.S. national study, sixty-five percent of women reported being sexually harassed at one point in their life. On the other hand, only twenty-five percent of men reported sexual harassment. The remarkable caveat to this statistic is GBT-identified men are disproportionately represented in this number: with the most common form of harassment identified as homophobic, or transphobic affronts. Now, try to fathom what the percentage of sexual advances that could be?

For a society, i.e. the United States, that prides itself on equality, and progress, why are men still afraid to report their harassers? It is, partially, due to the ideal of hegemonic masculinity. This all-pervading concept created a “type” of manhood, or masculinity, that all men are to abide by, and never deter off the path. The failure of assenting to such masculinity proves a man to be weak, and emasculates him. Thus, what option does that leave men, regardless of their sexual identity, to confront their harassers, and societal standards about what the appropriate response should be? Are men to simply “suck it up,” and “be a man?” Most people do not apprehend the psychological, and emotional, damage posed by such gender norms. Many would say the appropriate thing to do is to kindly decline any sort of invitation, or do not even bother listening to the other person. However, I would suggest to proceed in such manners with sexual harassment articulates an acceptable behavior to the harasser, by societal standards, and bequeaths them further continuance. Until society, moreover that of the United States, truly reaches a point of gender equality, I fear many women, and men, will continue to suffer from such instances: to be at the hands of judgment from their peers, and society.