To What Is A Prisoner Entitled? 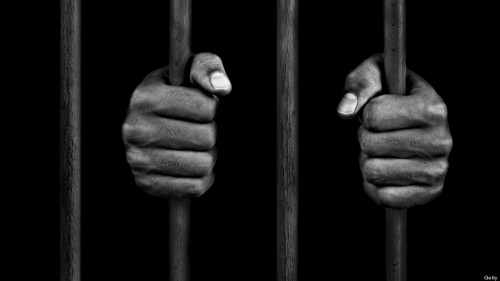 The New York Times recently published an article about one of Norway’s maximum security prisons, Halden Fengsel – i.e. the “world’s most humane” prison.  The article doesn’t seem real.  Flowers, barley, open fields, live cows.  Since 1998, Norway’s sentencing has focused on rehabilitation.  This particular prison model – one that is designed from its inception for rehabilitation – was the first of its kind in Norway.  Even I, with my bright-eyed naiveté and mid-20s progressive agenda can’t help – just for a moment – think that the stars just aligned for Norway.  Maybe things are just different in Norway?

The reality is that’s just not the case.  Magic justice dust was not sprinkled on Norway.  Similarly, America is not too heterogenous or too populated or too developed (and therefore crime-ridden).  It is simply is too broken.

Make no mistake, Norway still faces serious crimes.  Extremist Anders Behring Breivik set off a bomb that killed eight people and systemically hunted down and shot sixty nine others, many teenagers at a summer camp for the Labor Party.  He was sentenced to the maximum 21 years in prison.

Compare Breivik’s story to that of Kalief Browder.  The New Yorker followed Browder’s story to its tragic end.  Mr. Browder was arrested ten days before his 17th birthday for allegedly stealing a backpack.  Since he was unable to pay bail, he spent the next three years at Rikers Island in New York awaiting trial.  The trial never happened and he was released after the government dismissed the case.  During those three years, he spent two in solitary confinement.  In 2015, only 22 years old, Kalief Browder committed suicide in his parents home.

Mr. Browder’s story is not an anomaly.  The extent to which this happens, the number of people to which it happens, its disproportionate racial impact on black Americans, and its disproportionate economic impact on the poor is unique to the United States.  I’m not telling you anything you probably don’t already know.  With all of the publicity, change in America’s prison infrastructure has seemed imminent for years, but something seems to be holding back the floodgates.

Policy questions regarding prison reform often focus, first, on money, and then, on balancing rehabilitation and punishment.  However, even before issues of punishment and rehabilitation, there are fundamental hurdles to overcome: what do human beings deserve from the State?  Do prisoners qualify for these entitlements?  Do prisoners deserve something less?  If so, what?  There are of, course, some nuances that warrant consideration depending on the nature of the crime, but let’s start with the basics.

It seems to me that the issue of prison reform distills down to two essential questions:

The second question is more complicated, but easier to answer.  We’ll start there.  The caveat with this question is that it requires us to think about we need, regardless of whether we commit a criminal act.  Barring protecting the safety of others or the safety of ourselves, no matter what we do, what resources should we be entitled to as human beings?

Ethical theorists have been ruminating over what human beings need – not what we want, but what we need.  What is the bare minimum that a human being is entitled to?  In its contemporary iterations (and the ones I’d like to apply to prison reform in this post), this conversation has centered around international development.  Two theorists who have changed the face of this field are Martha Nussbaum and Amartya Sen with their separate works on the “capabilities approach.”  To simplify, they have both argued that human beings are entitled to certain “capabilities” or “functionings.”  A person is entitled to more than just food, water, and shelter but also an environment that enables productivity, creativity, and – dare I say it – happiness.

Their work was revolutionary, not just because it increased international pressure for aid and nation-state funded welfare but because it redefined human dignity.  People deserve to be happy.  It is a matter of human dignity.

The capabilities approach is only one of many frameworks that may be applicable to prison reform efforts.  It certainly resolves some of the inhumane practices present in American prisons.  However, jumping to considerations of rehabilitation/punishment without first addressing the bare minimum that each prisoner is entitled to may result – and I would argue, has resulted – in an inefficient use of resources and slow, scattered policymaking.  Though not a fixture, this concept isn’t foreign to the American criminal justice and prison system.  Correctional facilities have culinary programs, professional certifications, and arts programs.  However, these programs rely heavily on outside funding and volunteers; they are often not a part of prison infrastructure.

Next, once a person does something criminal, does that diminish that person’s status as a human being?  First thing’s first:  If committing a criminal act does diminish a person’s status as a human being, then perhaps it doesn’t matter what resources you give it or how you treat it. Perhaps it doesn’t matter that male prison guards watched female inmates while they showered, a 17-year old boy hung himself with a blanket in solitary confinement, or mentally ill inmates were so brutally abused that one was kept in solitary confinement for 2491 consecutive days and another left in his own feces and vomit until he died of a heart attack.

Of course, each of these stories is deeply unsettling.  They can only be written off as a case of mishandling by someone else (much less ethical, much less competent than any of us would ever be) so many times until we must confront the uncomfortable reality that our world – one that we cannot disclaim responsibility for (try as we might) – doesn’t treat human beings as such.  Status as “criminal” and “human being” though perhaps not mutually exclusive are certainly at odds to some degree, enough that the stories I’ve mentioned above are not a mere handful.

Though there are nuances of sentencing and resource allocation to be handled in policy meetings, thoughtful prison reform will remain a distant goal until uncomfortable confrontations are made.  Confrontations about how how our courts and our prisons treat people who commit crimes in terms of (1) their status as human beings and (2) what capabilities and/or resources those individuals are entitled to.

The importance of these preliminary issues is paramount.  The consistent to failure to confront them has left a broken prison system that has harmed our friends, families, and communities.  Behind the cages of America’s prisons are human beings just like you and me.  People who are entitled to our respect and, indeed, their own happiness.