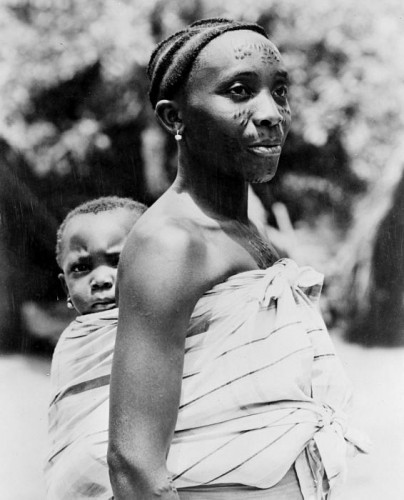 Amandla Stenberg, an activist and an individual who has considerable reach amongst the masses used her platform as an actress to speak out against cultural appropriation when she responded to a post on the Instagram of a celebrity teen socialite in early July. Many replies to Stenberg’s response of the original poster demeaned Amandla for making an argument about race as many bystanders were convinced that the original Instagram post was meant to be a fun fashion statement. The subsequent comments have a false sense of logic behind them however, and it is clear that most responders did not understand the argument that Amandla was making. This argument was further convoluted given that is was a response to the derogatory hashtag #whitegirlsdoitbetter; a twitter hashtag meant to spread hate and racism by implying that women of color are unworthy. Her reply has since been deleted but I would argue that Amandla’s reply has everything to do with race, fashion, and hair, all which comprise culture. She later posted another reply which provides more detail about black femininity and cultural appropriation. A person stating that her original reply is about anything less is simply blind to the structures of power and dominance that are at play and is the reason why these issues will continue to be perpetuated so long as their diminishment is condoned by overarching forces such as mass media.

Cultural hegemony is the control of culture through domination of social groups via social institutions. Simply put cultural hegemony is a type of hegemony that serves to police society in a way that is unnoticeable to the dominant group and is perpetuated as the parameters of what to think and how to think about it. Most importantly cultural hegemony serves the interests of the hegemony, the dominant class. When discussing race in America the dominant class refers to White people and minority groups of races and ethnicities are considered subordinate groups. While it is a fact that not all White people have the power and means to establish and carry out this dominance, it is true that all White people benefit from being a part of this dominant class. Culture is comprised of many things to include race, gender, religion, sexuality, class, etc. I aim to focus on race and gender as these are the topics that are at the root of Amandla’s Instagram reply which became viral.

Cultural hegemony is the mechanism through which cultural appropriation goes unnoticed by so many members of the dominant class. When cultural appropriation occurs it is usually the culture of an oppressed group that is taken on by a dominant group. Since that dominant group only knows the presence of the dominant culture, that group is often unaware of the injustices involved in adopting the oppressed groups’ culture. When this happens cultural significance is often left out during the adaptation process and what remains are features or elements of the oppressed culture as adapted by a member of the dominant group. This behavior, this intentional borrowing of culture from a historically subordinate status group is dangerous and problematic as the values and reasoning behind the original groups’ rituals or practices are undermined or left out completely. When we allow this to happen the overall message is still the same: that White culture remains prominent and celebrated and features of other cultures are ostracized and exaggerated. This behavior allows the appropriated culture to remain Othered and the dominant culture to be the norm.

When images of historically subordinate status groups are controlled by the dominant class then the characteristics and symbolism associated with any and all features of the particular culture are also degraded. This allows the perpetuation of ideals and beliefs about specific cultures, practices, races, and ethnicities. So when the concept of hair is introduced into the mix, the casual Instagram user might not fully understand the vigor behind Amandla’s statement of this socialite’s appropriation of a typically African American hairstyle. More so than just the appropriation of the hairstyle, Amandla was speaking to the profit of the appropriated culture received by the appropriator. When there is a well-documented history of oppression and discrimination in the labor market against women of color it is particularly insulting when an appropriator would use this piece of culture to profit and encourage others to appropriate said culture (the original post included a link to the socialites new line of wigs).  The particular hairstyle that the original poster was appropriating were cornrows, a style that has roots within African culture. Cornrows and other types of protective hair styling for Black women with natural hair have a symbolism attached to them that goes unnoticed when appropriated. Hair is a part of one’s presentation and sociologically speaking, the presentation of the self also deals with identity and character. Hair is symbolic of beauty, economic and power status, and individual beliefs; and within the African culture reflected “status, gender, ethnic origin, leadership role, personal taste, or place in the life cycle” (Sieber and Herreman 2000:56; Bellinger 2007).

Cultural hegemony provides the status quo which enables the dominant status group to not question the current state of affairs. Hegemony is not just cultural, it can occur economically, politically, morally, ethically, intellectually and other ways. Hegemony controls institutions which would control production of the given field. Cultural hegemony allows for a control of culture production. When you can use the media to constantly perpetuate controlling images of beauty in American society, a black woman wearing her natural hair becomes deviant and something that strays from the norm (Collins 2004). When a member of the dominant class appropriates natural black hairstyles and wears them it is praised as being edgy or different. Cultural hegemony allows this dominant power structure type of thinking to accept features, although unnatural on a member of the dominant group and detest features naturally occurring on a member of the oppressed group, even though they are the same features.

Cultural hegemony, in the application of this argument has thus served to reinforce ideologies of Whiteness and beauty standards. As noted earlier, cultural hegemony also applies to gender and has so been applied in the media’s coverage of Amandla’s social media comment. Words like “feud,” “war,” “slammed,” and “ripped” have been used to describe the exchange between Amandla and the socialite. A controlling image is also applied here as the extent of the relationship that might occur amongst women when compared to the dominant status group which in the case of gender is men.

Amandla chooses to use her platform as an actress to educate the masses of the injustices of the world and it is cause for much applause. It is because of where she finds herself within the matrix of domination that she is met with such backlash (Collins 1990). Max Weber spoke of authority and legitimacy and this is the basis of what the modern world uses to decide what is credible. If society deems an individual of having authority and legitimacy then they will regard what that person says as credible. A similar scale is used in academia to value the credibility of new knowledge that will be taught to the next generation. Amandla’s gender and color and what her gender and color have come to mean via means of dominance and power structures is the reason why some people simply cannot accept that she is making such a “big deal” about a wig.