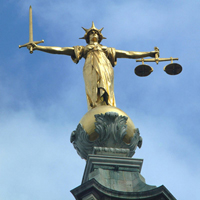 Bob Howard of the BBC has recently published an article looking at a scheme to combat sex offender recidivism. Originating in Canada, friendship circles are ‘based on the premise that while some offenders have friends and family to return to when they come out of prison, others have not and the more isolated they are, the more likely they are to re-offend’. Throughout the article, Sarah from London talks about her experiences as a volunteer for the child protection charity The Lucy Faithfull Foundation

Given the emotive nature of the crimes these particular offenders have been found guilty of, it is unsurprising that Sarah admits to some trepidation and concern prior to volunteering for the scheme. However, taking into account the positive results reported by Canada (currently a reduction in reoffending of 70%) it would appear to be more effective than traditional and arguably, more punitive methods.

Perhaps understandably, the scheme is not without its critics. For example Peter Saunders of the National Association of People Abused in Childhood suggests that electronic tagging would be a more appropriate response. Judging by the angry public comments which invariably follow any news story on the rehabilitation of sex offenders (this one included) it would seem that supporters of this scheme will have their work cut out.

Chas Critcher on ‘Moral Panic Analysis: Past, Present and Future’