Bystander (Non)Intervention: What Separates the “Doers” from the “Ignorers”? 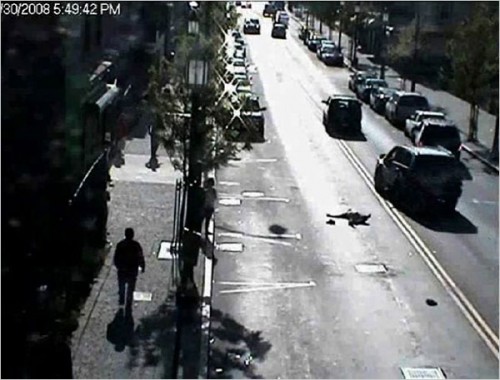 It’s the type of story that we too often hear on the news. In 2008, 78-year-old Angel Arce Torres tried to cross Park Street in Hartford, Connecticut. Before he could make it across, a car driving on the wrong side of the road hit him. The driver left the scene of the accident as the elderly man lay bleeding in the middle of the street in the notoriously high-crime area. Nine other cars then drove around his body and it took about 40 seconds for bystanders to leave the sidewalk to get a closer look at Torres. About a minute later, a police officer in the area saw Torres and called for an ambulance. Before the officer’s arrival, four people had called 911 although no one directly came to the victim’s aid. It was later found that Torres had been paralyzed from the accident; he ended up dying from his injuries about a year later. He never left the hospital.

After police video of the incident was placed on the Internet, people around the country were shocked by the seemingly callous actions of those in Hartford. But, does their inaction prove that the witnesses were particularly cold-hearted or was something bigger at work? In response to another case involving bystanders who failed to intervene—the Kitty Genovese murder of 1964—psychologists John Darley and Bibb Latané set out to determine what differentiates those people who intervene in emergency situations from those who do not. In their research, Darley and Latané (1968) found that for bystanders to intervene, they must notice an event, interpret it as being important, and feel personally obliged to act. If this process is interrupted, then it is unlikely that a bystander will chose to intervene during an emergency.

Following along with Darley and Latané’s logic, it seems quite clear that the witnesses of Torres’ hit-and-run noticed what happened and knew what they saw was important, but why did they not feel personally obliged to act beyond a few people calling 911? Part of the answer could lie in the finding of Levine et al. (2002) that people are more likely to intervene if they share a social category with fellow bystanders and/or with the victim. For his part, Torres was an immigrant from Puerto Rico. Hartford is a city with over 100,000 people of whom over 43% identify as being Hispanic or Latino, primarily of Puerto Rican origin, and over 20% of Hartford residents were born outside of the U.S. Based on the demographics of the city, then, Torres certainly fell in the same social category as many people in the area.

What about the circumstances of the accident such as the fact that it happened in a disorganized area, could that have also influenced the reactions of those who witnessed it? According to Miller (2008), this is certainly a possibility. In her research on people from highly disorganized neighborhoods, she found that bystander neutralization is a common occurrence. In an effort to justify their inaction, she found that the denial of the victim was an especially common coping strategy. This form of coping, the researcher noted, is not surprising considering that disadvantaged neighborhoods often hold norms of non-intervention. These anti-social norms are created, Sampson and Bartusch (1998) argue, as a result of concentrated disadvantage. A high degree of concentrated disadvantage, Sampson and Bartusch insist, allows for cynicism toward the legal system to develop and a general tolerance for deviance to grow. Taken together, concentrated disadvantage, legal cynicism, and tolerance towards deviance allow neighborhood norms of non-intervention to flourish. 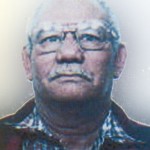 Angel Arce Torres before the accident.
Source: The Hartford Guardian

Soon after the Torres incident, Hartford Police Chief Daryl Roberts remarked that “at the end of the day we’ve got to look at ourselves and understand that our moral values have now changed. We have no regard for each other.” This explanation, though, seems too simplistic. In reality, it probably was a combination of situational variables alongside personal ones that led to the inaction of those who saw Torres struck by a car that day. The type of neighborhood did matter as did ideas espoused by the likes of Darley and Latané regarding things like diffusion of responsibility and pluralistic ignorance; so, too, did the personal variables of the witnesses. Still, similar events have led to far more direct attempts to intervene by bystanders. So, what do you make of situations like the one involving Torres where witnesses do not directly implicate themselves? Was the bystanders’ inaction a result of the contextual situation and/or the type of people involved? Who’s to blame? And, would you have helped?