Fake proms and the stabilization of heterosexuality 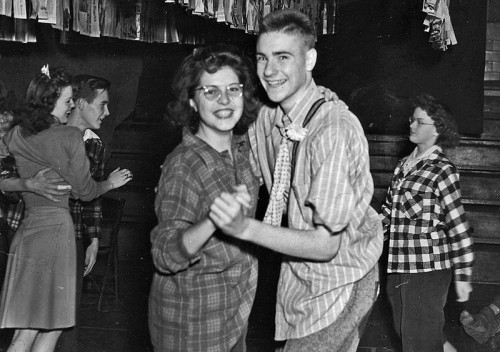 If the normalizing laws against gay marriage weren’t enough of a reminder that heterosexuality is being “threatened” in the United States, the case of Constance McMillen and her “prom saga” appears to discredit any naive notion that homosexuality is widely accepted. McMillen, a lesbian-identified teenager living in Mississippi, was initially denied admittance to her high school prom due to her otherwise “abnormal” sexual orientation. After taking the matter to a federal court (along with the ACLU), she was allowed access and attended what she thought was the reinstated “official” high school prom, and only later discovered that she had been sent to a prom simulation (seven students attended, including two with mental disabilities), while the rest of her colleagues were enjoying a covert, parent-sponsored private prom in a lesbian-free zone. She told The Advocate: “They had two proms and I was only invited to one of them. The one that I went to had seven people there, and everyone went to the other one I wasn’t invited to.” Aside from the details of this elaborate plan and how it was carried out, this situation highlights the disturbing lengths that schools, parents, and students will go to preserve both heterosexuality and the ritual of the high school prom, or, heterosexual courtship and performance.

This “prom saga” illustrates a point that Judith Butler famously makes in her foundational essay, “Imitation and Gender Insubordination”: the notion that heterosexuality is perpetually “at risk” and that work needs to be done in order to normalize compulsory heterosexuality and situate other sexualities on the margins. She writes, “That heterosexuality is always in the act of elaborating itself is evidence that it is perpetually at risk, that is, that it ‘knows’ its own possibility of becoming undone: hence, its compulsion to repeat which is at once a foreclosure of that which threatens its coherence.” In this case, McMillen’s lesbian identification was a “threat” to the normalized heterosexuality of her high school, and drastic measures (elaborate “fake prom” ruse) had to be enacted in order to situate (stabilize) heterosexuality as “acceptable” and neutralize the threat of homosexuality. Interestingly, while legislature is typically on the disciplinary, to use a Foucauldian term, side of policing homosexuality, this time the judge ruled in favor of an individual that was facing discrimination. What is disturbing, however (among other issues), is that so many individuals – parents, teenagers, etc. – orchestrated this diversionary scheme and have the Facebook pictures to prove it.