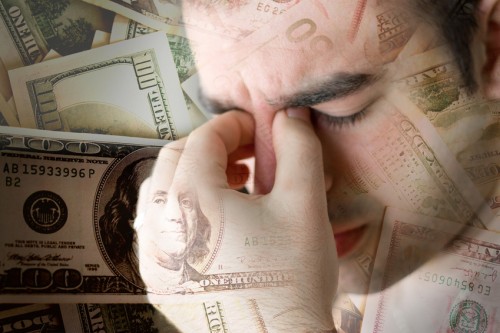 As discussed in neoliberalism and its consequences, increasingly, there appears to be a connection between neoliberalism and the development of anomie. Such an association is unsurprising considering that neoliberalism encourages individuals to achieve ever greater success even though such a goal is unrealistic. In response to being blocked from realizing their never-ending aspirations, Merton (1968) argues that people in success-driven societies will feel deprived and frustrated as a divide forms between idealistic ambitions and factual reality. While such a divide has traditionally been the widest in developed capitalist states like the U.S., Passas (2000) contends that the growth of neoliberalism has exacerbated this problem in countries throughout the world. As a result, anomie, or the “withdrawal of allegiance from conventional norms and a weakening of these norms’ guiding power on behavior” has increased on a global scale (Passas 2000:20). Oozing with the anomie brought about by constant strain, neoliberalism can intensify the occurrence of violence as frustrated people struggle to live and to succeed in an unequal society. In response to this idea, it appears that as neoliberalism becomes more prominent in a country, it can be expected that anomie and, as a result, interpersonal violence within that country will increase.

When it comes to success-driven societies, both Durkheim (1951[1897]) and Merton (1968) argue that such environments can lead to the development of anomie as a result of the imbalance between societal expectations and realistic opportunities. Both scholars agree that the occurrence of means-ends discrepancies can cause to people to feel highly strained and frustrated. And, as people become increasingly aware of power and economic asymmetries, especially as globalization and neoliberalism become more prominent in a country, this sense of strain and frustration can grow. In response, some may choose to either partially or fully disregard previously internalized societal norms that no longer seem useful. As Passas (2000) explains, this means that conventional norms may lose much of their meaning and/or that they may lose their ability to guide pro-social behavior. Such a loss of norms results in anomie, or normlessness. Unfortunately, individuals dealing with anomie typically have limited options when it comes to turning to the state for help. This is because neoliberal policies have often already done away with many of the welfare programs, forms of assistance, and safety nets that had previously kept individuals afloat (Passas 2000). The loss of the state as form of relief can then further encourage the evolvement of anomie within a society.

Considering that anomie results in the full or partial loss of social norms, it is not surprising that anomie can lead to deviance. As Passas (2000) points out, normlessness almost necessitates deviance when legitimate means to success are blocked. Individuals facing such a reality feel less of a need to follow previously internalized social norms and more of a need to engage in deviant activities in order to reach their goals. This desire to succeed at all costs paired with a disregard for social rules can easily result in violence. As an example of this idea, Fullilove et al. (1998) found that the occurrence of a violence epidemic in Washington Heights, a neighborhood in New York City, was the result of growing anomie as the neighborhood disintegrated in the midst of social disarray. Braithwaite et al. (2010) further contend that recent violence in Indonesia was the result of societal-level anomie. Other studies (e.g., Messner and Rosenfeld 1997; Savolainen 2000), too, have indicated that there exists a strong relationship between anomie and violence. These findings are not counterintuitive. It makes sense that when people are feeling strained that their frustration (and the loss of previously held norms against deviance) can transform into acts of violence. 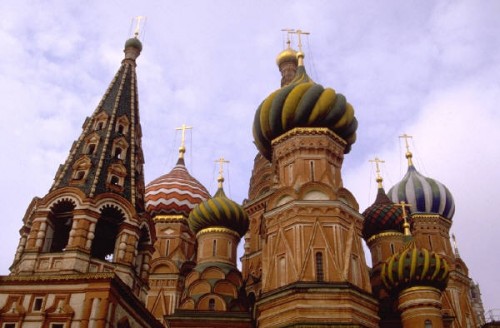 In an effort to more clearly articulate this overall premise, consider the case of Russia. As explained by Passas (2000), Russia began to slowly embrace neoliberal policies in the 1980s. By the mid-1990s, these policies had resulted in lifting import and export tariffs, liberalizing prices, removing domestic trade restrictions, minimizing the role of government, and privatizing public property. Hungry for freedom, the Russian populace lapped up these neoliberal ideas as consumptionist ideals replaced previously held socialist goals. Unsurprisingly, this zealous transition from socialism to capitalism brought about many consequences including severe and growing social inequality. Unable to overcome structural obstacles and unable to attain success, Passas writes that strain and frustration resulted in many Russians becoming increasingly anomic. Simultaneously, deviance began to increase as old social norms fell out of favor and the Russian government lost much of its autonomy. In response, rising anomie and deviance resulted in a criminal explosion. Since the collapse of the USSR in 1991, already high levels of homicide have increased dramatically, making Russia one of the world’s hotspots for murder (Pridemore 2002). Chervyakov et al. (2009) further note that, unlike in the USSR, murders in Russia are now much more likely to involve aggravating circumstances like rape or robbery. Bringing these findings together, Collier’s (2005:111) research suggests that violence in Russia after the transition to capitalism “resulted from inequitable distribution of wealth, rapid privatization, [and] a fall in real income” as well as the loss of the social safety net and an increase in organized crime. Altogether, Russia is a prime example of how the strain and frustration induced by neoliberalism can lead to anomie and, eventually, to violence.

By briefly evaluating the case of Russia, it is hopefully clearer how neoliberalism can directly contribute to anomie and indirectly contribute to violence. By creating incredible amounts of stress for those blocked by society’s goals (Durkheim 1957[1897]; Merton 1968), neoliberalism increases the amount of anomie found within a society. This anomie, research has indicated, can then manifest itself in frustration, deviance, and violence (Messner and Rosenfeld 1997; Fullilove et al. 1998; Savolainen 2000; Braithwaite et al. 2010) just as it has done in Russia (Pridemore 2002; Collier 2005; Chervyakov et al. 2009). Without a doubt, the occurrence of violence furthers the development of anomie in a society. This thus suggests that there exists a non-recursive relationship between anomie and violence in that each variable can exacerbate the negative effects of the other. In an effort to dismantle this relationship, Fullilove et al. (1998) argue that communities need to be improved from within while having structural problems addressed from the outside. Doing so, of course, would require very anti-neoliberal policies which, realistically, seem very unlikely to occur in the near future.