Addressing Issues of Masculinity in the Wake of the Newtown Tragedy 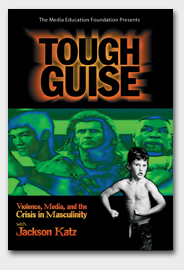 After the tragedy in Newtown, Connecticut, many people have asked, “how do we prevent this from happening again?” We have heard propositions for increased gun control and for better mental health care in the United States. These are both important goals, but neither of these policy initiatives completely addresses the problems around the cultural construction of violent masculinity, problems which are central to understanding mass shootings in the United States.

Two weeks before the Newtown tragedy, my sociology of gender class watched the Media Education Foundation film, Tough Guise. At the time, I did not realize that I was arming them with a framework through which to understand a very current event. After the events in Newtown, students started emailing me and referencing this film, reminding me how important it is to talk about the violence that characterizes masculinity in the United States.

In the film, the narrator, Jackson Katz, explains the link between masculinity and violence, positing that as women gain more power in public and social spheres, men’s bodies and their guns get bigger and more dangerous. Boys and men need to prove their masculinity, policing themselves and others with homophobic epithets (an observation also made by C.J. Pascoe in Dude, You’re a Fag) and through violence (or at least the threat of violence). Katz reminds us that the school shootings in the 90s were not gender or race neutral; the perpetrators are mostly white young men. If we want to prevent mass shootings, we need to start addressing the violence that seems to be central to the cultural construction of masculinity and, in particular, white masculinity.

How do we do this? The idea of changing a cultural construction does not easily lend itself to clear policy initiatives. Katz suggests that we need better role models that allow more room for emotional expression and disavow violent tendencies. In particular, he points to Mohammad Ali and Mark McGuire, sports figures that are strong and tough, but also are sensitive and caring. In the year 2012, who would fill the public role of this alternative model of masculinity?

I would like to open up a dialogue about how to go about transforming our notions and definitions of masculinity. In addition to having better role models, what else can be done? Are there policy initiatives that can help redefine what it means to be a man? What can parents do to raise boys who refrain from violence? What should be the role of schools? And, though I am not an advocate of censorship, should the media be held to higher standards when it comes to marketing and displaying violence targeted at young men?

Changing a cultural idea is a hard task, but one that we should be committed to undertaking. Now is the time to address the tough issues and questions that do not have easy answers.

Katz, Jackson and Sut Jhally. 1999. “The National Conversation in the Wake of Littleton is Missing the Mark” The Boston Globe, Focus Section, E1.