Children's Exposure to Violence: The Need to Acknowledge Their Plight 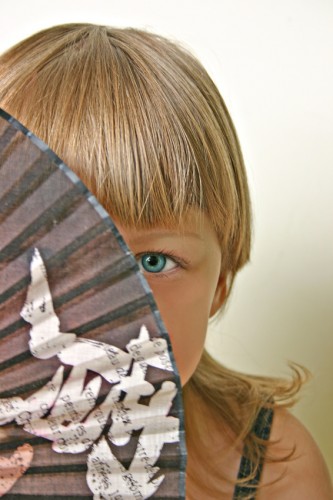 Every day, children in the United States are exposed to violence. Whether they are personally victimized or bystanders to the victimization of others, youths across the U.S. are frequently subject to traumatic crimes. From headline-grabbing school shootings to often unreported acts of domestic violence, adolescents are not immune to the violent acts of others. While it may be easy to say that children are resilient and are better able than adults to overcome the consequences of being exposed to violence, recent research suggests that this may be very untrue. From infants to adolescents, violence in a child’s life can result in a variety of negative outcomes. As a result, it is becoming increasingly clear that children who have been exposed to violence need and deserve to receive services that are designed to help them cope with their experiences.

In terms of witnessing violence, children in the U.S. are more likely than adults to be exposed to violence (Hashima and Finkelhor 1999; Finkelhor 2008). In a recent survey, the National Survey of Children’s Exposure to Violence (NatSCEV) found that over one-quarter of surveyed children (25.3 percent) had witnessed violence in the previous year and that over one-third (37.8 percent) had witnessed violence during their lifetimes (Finkelhor et al. 2009).  As for the consequences of this exposure, Eitle and Turner (2002) have found that witnessing violence as a youth is strongly correlated with offending in adulthood. Furthermore, children who have been exposed to violence are more likely to report having feelings of aggression, depression, anger, and anxiety (Johnsona et al. 2002), and to develop post-traumatic stress disorder (Fitzpatrick and Boldizar 1993). Edleson (1999) has further found that children who have been exposed to violence often suffer from problems related to behavioral and emotional functioning, cognitive functioning, and physical functioning. Children who have witnessed violence are also at an increased risk for becoming smokers, becoming obese, and becoming sexually promiscuous (Krug et al. 2002). And, for those youths who have been exposed to multiple forms of violence (often referred to as “polyvictims”), the consequences of their many exposures may be even more severe. The NatSCEV reports that 1 in 10 children in the U.S. may be polyvictims. 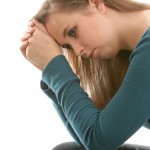 Still, it is important to realize that the communal environment of a youth can be very influential on how they react to witnessing criminal events. Unsurprisingly, it has been found that juveniles from disadvantaged neighborhoods often face the most serious problems after being exposed to crime. According to Russo and Roccato (2010), it is likely that these adolescents struggle as a direct result of their communities’ lack of key coping resources. The repercussions from lacking these resources is made more severe considering that juveniles in disadvantaged neighborhoods are more likely to perceive a greater number of ambient hazards and, as a result of viewing their neighborhoods as dangerous, are more likely to exhibit symptoms of depression, anxiety, conduct disorder, and defiant disorder (Aneshensel and Sucoff 1996). The presence of social stability and social cohesion in a community, on the other hand, were found by Aneshensel and Sucoff to be beneficial to the mental health of juvenile residents.

Yet, despite the fact that children exposed to violence who come from less disadvantaged neighborhoods tend to have better outcomes, this does not mean that they do not need help. Rather, all youths who have witnessed violence need to receive attention early on. In response to this thought, the recent “Report of the Attorney General’s National Task Force on Children Exposed to Violence” had this to say about our nation’s tendency to not adequately respond to the needs of such children:

While there is now more interest in helping children who have been exposed to violence than in the past, there is still much work that needs to be done. While it may be impossible to shield all children from violence, this does not mean that we should not try to offer assistance to those children who have been exposed to it. Although they may be easy to ignore, it is time that we realize the consequences of violence exposure on children and do our best to provide these children with the help they need to live happy, healthy, and productive lives.

Eitle, David and R. Jay Turner. 2002. “Exposure to Community Violence and Young Adult Crime: The Effects of Witnessing Violence, Traumatic Victimization, and Other Stressful Life Events.” Journal of Research in Crime and Delinquency 39(2):214-237.

Fitzpatrick, Kevin M., and Janet P. Boldizar. 1993. “The Prevalence and Consequences of Exposure to Violence among African-American Youth.” Journal of the American Academy of Child and Adolescent Psychiatry 32(2):424-430.

Russo, Silvia and Michele Roccato. 2010. “How Long Does Victimization Foster Fear of Crime? A Longitudinal Study.” Journal of Community Psychology 38(8):960-974.