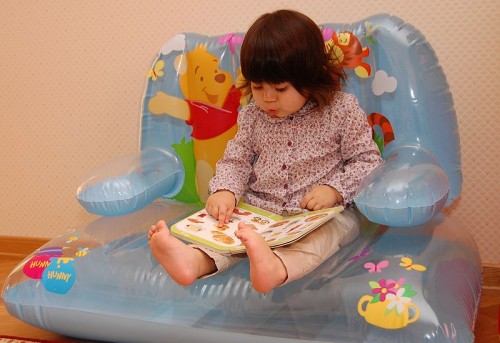 One field of inquiry in the sociological study of gender and education is the depiction and stereotyping of male and female characters in children’s books. Historically, male characters are more prominent, usually taking the role of main protagonist. They are more active, adventurous, and autonomous. On the other hand, female characters historically have been more likely to fulfill smaller roles in children’s stories; they are less active in the plot and play more passive characters. Not surprisingly, they are more likely to take on caretaking and emotional roles. As most sociologists recognize, these representations are both reflections of the historical role of men and women in our society, but also reproduce those roles by providing a model for boys’ and girls’ behavior.

In preparing a lecture about this topic—gender, education, and children’s books—during the fall semester of 2012, I decided to make some of my own observations about more recent literature aimed at young children. I collected information on the top 4 Caldecott Medal winners from 2012 to evaluate to what extent these historical patterns held true. My findings show that, in the year 2012, the top four highly acclaimed Caldecott winners were just as likely to utilize male protagonists as female protagonists.

The top winner of the Caldecott award in 2012 was “A Ball for Daisy.” This story is nearly wordless, relying on pictures to tell the story of Daisy, a female dog who loses her favorite ball. The runner’s up were “Me…Jane,” a story about a young Jane Goodall and her passion for animals, “Grandpa Green,” a tale about the interesting adventures of a now aging grandfather, and “Blackout,” an account of a family that must entertain themselves when the power goes out. Of all four of these books, two clearly have female main protagonists (Daisy and Jane Goodall), one has a male protagonist (Grandpa Green), and one has both male and female protagonists (the family in Blackout).

What about the content of these books? The books depict both male and female protagonists equally, but do the representations transgress traditional gender norms? Yes and no. The books, “Blackout” and “A Ball for Daisy,” seem to reinforce the traditional feminine stereotypes. For example, “A Ball for Daisy” depicts Daisy’s distress over the loss of her ball. Though loss is not necessarily a gendered scenario, the use of a female protagonist, and one that never talks, reinforces the stereotypical notion of women and emotional responses. Additionally, in “Blackout,” it is the daughter, a female protagonist, who longs for the family to spend time together, even before the blackout.

The other two books, “Grandpa Green” and “Me…Jane” introduce both gender conforming and nonconforming themes. The book, “Grandpa Green,” explains all of the different life experiences of grandpa. Grandpa has served in the military, but he also was an artist. This sends the message that there are many options for young boys to express their masculinity. Also, “Me…Jane” tells the story of a young Jane Goodall, who has strong dreams at a young age. Jane’s desire to help animals could be read as a story about gender and emotions, but Jane’s ambitions are admirable and show young girls that they can make real change in the world.

Again, these are my observations from a very small sample. I am curious if other people have noticed new, or old, trends in children’s literature and/or media. Do children’s books and/or media continue to reinforce traditional gender norms? Or do they transgress stereotypical notions about gender?