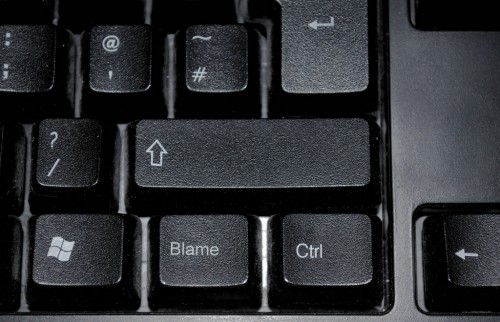 If you operate in a world of “market forces” well, then you should probably leave the social research to the social scientists.  An August 23rd commentary in the Science and Technology section of the Economist magazine anonymously summarized an elegantly designed longitudinal quasi-experimental study in less than 500 words.  Their summary concluded with two very basic possibilities (because as we know the range of human possibility is exactly two!) to explain the correlation between criminality and socio-economic status:  either 1) the environment traps people in a culture of crime or 2) there is a genetic predisposition to being both poor and criminal.  That is, the criminal gene prefers to hang around in the bottom 20% of income earners.  Apparently, the “journalists” at The Economist are trying to revive the long dead nature vs. nurture debate as Sociology Lens addresses here and here.

The anonymous author warns that these conclusions were not going to be liked by social reformers.  Ahem.  True.  We are also concerned with your photo choice of “Fagin the Jew” from Oliver Twist headlining an article about a genetic proclivity toward criminality.  I guess The Economist is choosing to learn absolutely nothing from Ferguson about the importance of thorough investigation in journalism.  Or maybe what they learned is that fear is a necessary element of maintaining power.  To the credit of The Economist readers most, who commented on the website, were highly critical of this particular piece of journalistic shill.

Most readers of Sociology Lens can access the actual article published in the August issue of British Journal of Psychiatry through your respective libraries.  I read the entire article, multiple times.  The research team uses a variety of Swedish population data to look at violent crime and substance misuse convictions in adolescents ages 15-18 by income quintile (n=526,167).  They find that an adolescent whose biological parents disposable family income (net sum of wage earnings, welfare and retirement benefits, etc.) is in the lowest quintile does indeed correlate with a higher risk of being convicted of a violent offense or substance misuse.  Unlike the author of The Economist article, the research team clearly avoids a causal claim that the impoverished environment in which these adolescents were raised triggered a gene that makes them more susceptible to committing crimes.

The first conclusion highlighted by The Economist is that the culture of crime is a condition of poverty.  This is a broad interpretation drawn from the actual analysis and discussion in the published journal article.  The authors of the original article clearly state that prevention efforts should target a wider range of risk factors.  Social reformers like us are not usually beating the culture of crime drum.  Instead, we point to higher police presence – more surveillance – in low income communities and the effects of perceptions of danger on the mental health of adolescents.  We also like to point out that convictions (the dependent variable) are handed down disproportionately to defendants who can’t afford lawyers.  Social reformers also know that low income neighborhoods can be isolated, insular, and lack job opportunities making criminal activities more appealing.

The research team cites a possible explanation for why their models are not causal which is Sweden’s comprehensive welfare state which includes 13 months of parental leave, universal child care, and universal health care plus at least 60 days each year to care for sick children.  Swedish family benefits are a dream come true for most U.S. working class parents.  Here in the U.S. the bottom fifth of income earners are individual wage laborers typically earning below $27,794 (2012, US Census) each year.  The bottom fifth in the U.S. is the working class dominated by single income families headed by women.  Family benefits for this group vary by state, have strict work requirements and almost never include health care, child care, or paid parental leave.  Thus it is noteworthy to add that reducing environmental stresses on families might have a positive impact on violent crime and substance misuse – a genetic recalibration?

To date, few studies truly address the environmental-genetic interaction.  The goal of this line of research is to try to understand whether some environmental variable (such as poverty) has an effect on an outcome variable (like criminality).  That is, does the environment in which someone is raised alter their genetics in ways as to make it more likely that they will acquire other, sometimes undesirable, traits?  Reasons cited for the lack of causal findings in this area are the need for large population size data sets (like the one meticulously collected by the Swedish government), measurement error – the models are statistical representations they do not actually perform genetic testing on individuals before and after the environmental stimulus – and the confusion surrounding whether scientists are looking for a single gene or a mixture of contributing factors as discussed in a 2009 post here.  The same authors do interesting work in environment-gene interactions on outcomes associated with mothers who smoke during pregnancy.  While the researchers do say genetic testing would be an interesting factor to include to determine potential causal family predictors to criminality, they do not – not even a little bit – do any genetic examination in this article.

The U.S. already has a terrible habit of blaming and shaming our working class poor.  Ordinances criminalizing infractions such as jaywalking, littering, or wearing the wrong t-shirt while walking in a dubious neighborhood unfairly impact people of color and people who are already in debt.  Florida, the state in which I currently reside, was drug testing all applicants for welfare benefits – the assumption is that their impoverished status implicates them in a criminal act.  For folks in the fifth quintile, criminal records, unpaid fines, outstanding warrants and missed insurance payments result in further impoverishment and further debt thus repeating the cycle.  Summaries on new research investigating the environment-gene interaction require many more words with a reputable byline to avoid unjustly browbeating the working class by magazines for financiers.

For more on the challenges scientists face when bridging biological and social-psych science research see: