Exhibit A: the Whites of the Eyes 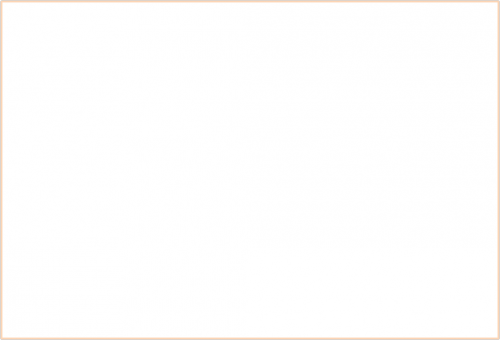 Under what conditions might it be ethical to refuse to meet or return someone’s gaze? Is it ever acceptable for a social scientist or journalist to write ‘with their eyes shut’? The notion that visual receptiveness can be a spur to urgent ethical response is captured in that familiar category of humanitarian action, ‘bearing witness’ (so much so, in fact, that we often forget about the work that must be done in order for witnesses to be created). At the same time, it is almost a sociological commonplace that to look is to do violence. From Michel Foucault’s ‘medical gaze’ – implying a mute body patiently set before the sovereign eye of a physician – we derive John Urry’s ‘tourist gaze’, and Raewyn Connell’s ‘imperial gaze’. The last is found wherever classical sociologists sought to generate what Connell calls a ‘synoptic view of human affairs from a great height,’ inserting vulgar classifications of social types into a hierarchy of peoples and nations that had an undeniable elective affinity with colonial projects.

From the seventeenth century onwards, generations of explorer-naturalist-anthropologists visiting the Cape of Good Hope – from Sir Thomas Herbert to Sir Francis Galton – busied themselves by categorizing the people they encountered according to one particular synoptic view of human affairs, the ‘Great Chain of Being.’ A principal obsession of these imperious explorers was the supposed sexual exceptionalism of the Khoi or ‘Hottentots.’ This perverse fascination ultimately culminated in the career of Sara Baartman or ‘The Hottentot Venus,’ the most widely discussed performer-exhibit of the nineteenth century’s Human Zoos.

The ‘freak-show’ natural history of Human Zoos did not disappear with the onset of the twentieth century. Museums and expositions designed to cater to the imperial gaze continued to be erected, the most famous perhaps being the ‘live’ Congolese village placed in the shadow of La Belgique Joyeuse at Expo ’58. Denying imperial onlookers the last word, Ian McLean has suggested that late-twentieth century re-appropriations of the vaudeville ‘savage’ – as in Wiradjuri artist Brook Andrew’s Sexy & Dangerous – work as powerful rejections of victimhood narratives, while also challenging the constitution of gendered bodies as objects of desire (for both Aboriginal and non-Aboriginal audiences). Andrews’ work was referenced in the catalogue for the Museé du quai Branly’s 2011-12 exhibit L’Invention du Sauvage, organised by footballer and anti-racism campaigner Lilian Thuram. The exhibit sought, with some success, to return disregarded names and biographies to the ‘type specimens’ of Human Zoos past.

This anti-racist spirit was recently invoked by museum geographer Carol Dixon, who contrasted the quai Branly exhibition favourably with the now cancelled Exhibit B, originally due to be opened at London’s Barbican on September 23rd, following an apparent success in Edinburgh. Exhibit B was developed by South African artist Brett Bailey, and in addition to Edinburgh, has previously been shown in Strasbourg and Amsterdam. In each city, local black artists adopted the roles of specific exhibits from historical Human Zoos – including Sara Baartman. The performers are required to sit still, positioned with their bodies, sexuality and ‘Otherness’ on display, but with the power to return the gaze of the museum’s clientele. In a statement of support for Bailey, issued after a successful petition forced the Barbican to cancel the run, the performers argued that as their eyes meet those of their audience, ‘we cease to be objectified and become human. Some people literally jump back. Some break into tears; others immediately look away…They cry because they experienced this personally. They cry because they didn’t…We see it in their eyes.’

In the closing paragraph of Regarding the Pain of Others, Susan Sontag asks of the subjects of war photography, ‘Why should they seek our gaze? What would they say to us?’ She imagines that they would say, ‘We don’t get it…And they are right.’ Perhaps Bailey’s tableaux vivant could be taken as an attempt to overcome the numbing consequences of the endless photographic mediation of suffering to which many of us have become accustomed; to redress what Walter Benjamin once rather mystically referred to as the photographic death of ‘aura,’ marked by the subject’s inability to return our gaze.

The campaign against Exhibit B questioned how much distance could really be put between a display of black bodies, curated by a white South African artist, for a largely white paying audience in the heart of the City of London – and the Human Zoos of the past. Susan Sontag, elsewhere in Regarding the Pain of Others, notes that when confronted with images of suffering, ‘as far as we feel sympathy, we feel we are not accomplices to what caused the suffering’. Such images can spark, but never guarantee, recognition that the privilege of the viewer is implicated in the suffering of the viewed. Perhaps the performers were right to argue that by looking back at those who came to view Exhibit B, they subverted the violence of the imperial gaze, creating a truly humanising encounter. Yet these are precisely the terms that campaigners sought to avoid. Simon Woolley at Operation Black Vote and the rapper and social critic Akala both took Bailey to task for attempting to cast the installation in terms of ‘humanity’ and ‘a system of dehumanisation that affects everybody.’ Speaking outside the Barbican, Akala questioned whether a German artist would be allowed to curate Jewish performers in a recreation of the Holocaust – a touchstone in debates about the assimilation of particular groups’ suffering to the suffering of humankind. Akala seems to have seen the exhibit less in terms of meeting, returning and avoiding the imperial gaze. Instead, it was taken as yet another instance of white consumption of black bodies – a curatorial complement to the Swedish culture minister’s recent consumption of the clitoris from a ‘coon cake’.

Writing in the middle of the UK’s Black History Month, it is worth considering the slippery quality that discourses on ‘humanity’ exhibit when humanity’s own type specimen is not made explicit. Guest editing the New Statesman’s ‘Great White Male’ issue this month, Grayson Perry confronts what he calls ‘Default Man’. Cloaked in the ‘amour of the unremarkable,’ Default Man has fixed himself as the ‘zero longitude of identities’ – a reference point beyond challenge, with a coordinating influence across the social terrain. American social scientists have been far more attentive to the processes through which Jewish and Irish immigrants ‘became white’ – but there has been far less of an effort to trace the contingent emergence of ‘whiteness’ as the default form of social identification in the UK. Between Exhibit B and Perry’s baiting of the Great White Male, it is perhaps time for Default Man’s shadowy and uncontested predominance to be recognised as culturally bankrupt.

Susan Sontag. 2003. Regarding the pain of others. London: Penguin.