Another Two Cents on England (and Crawley): Masculinity, Culture, and Tucson 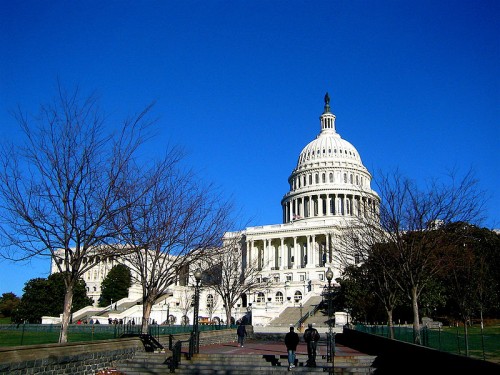 As is often the case with graduate students, I just spent several months in a dissertation-induced haze and only recently had a chance to go through the latest issues of Gender & Society. Among these was the February 2011 issue that included a symposium on Paula England’s 2010 article on the “uneven/stalled gender revolution.” England’s over-reliance on the structural and institutional aspects of gender was underscored by several savvy pieces of Sociology, including a response by Sara Crawley that emphasizes the cultural and micro-level pieces of the puzzle. Crawley takes England and other scholars to task for the assumption that institutionally-derived identity frames (such as mother, principal, or senator) are more specific and organized than those identities not bound directly to a single institution (i.e. race, class, gender, sexuality, subculture—or, “cultural identities”). The latter identity projects may be more diffuse but are arguably omni-relevant: their meaning is embedded in all social action.

A new article at Feministing about the continued recovery of US Representative Gabrielle Giffords led me to thinking more about how the progress gained by women’s movements has continually been challenged through more subtle cultural maneuvers like those described by Crawley. Changes to the “gender system” have not occurred in every part of life, nor is the quality and degree of progress in various aspects of the social world even. Gender essentialism and a general cultural commitment to structure-blindness combine to reinforce the widespread perception that the status of women has progressed sufficiently. Furthermore, these ideologies allow people to assert that a lack of advancement beyond that immediately offered by changes to laws and institutional policies are attributable to the failure of individual women to exert the proper effort or master the appropriate skills.

This rhetoric has been used repeatedly to question the ability and fitness of female political candidates, just as some version of it has been similarly applied to candidates of color. When England (2010:150) wrote in her original piece that “women’s lives have changed much more than men’s” she likely meant previously homosocial, androcentric work worlds have been opened to and slowly populated by women but not the other way around. That men have not begun occupying institutional roles dominated by women does not mean, however, that their own institutional position is not affected by the presence of women in a traditionally homosocial world. The relational quality of masculinity—how its meaning is derived through comparison and contrast to femininity—ensures that there are indeed repercussions for how men view themselves in response to these changes.

The establishment of a gendered identity for political actors may be the goal of very few interactions but is always among its effects. Gender trouble looms large in the US’s political discourse and activities; the increased presence of women in the political realm and other changes that often target patriarchal laws and social practices represent a challenge to the privileged cultural position of men. This appears to be met with a ratcheting up of tough-guy posturing in the way officials run campaigns, malign political adversaries, and use metaphor in arguments. Even though women remain grossly underrepresented in our political bodies and so-called “women’s issues” remain marginalized on the House and Senate floors, pundits can point to examples like Palin, Clinton, and Bachmann as proof that politics is no longer a man’s world. This sidesteps the reality that the social world on Capitol Hill may remain masculinist even as it is no longer purely male.

In her analysis of the Tucson shooting, Jessica Valenti wrote we ought to view Loughner’s actions as part of the “man-up culture” promoted in political discourse in general (particularly on the right).  Arguably a cultural escalation is occurring with regard to demonstrating the seriousness or urgency of an individual’s (or party’s) message through violent, masculinist imagery. In Crawley’s terms these moves represent a form of vicarious masculinity, or asserting one’s manhood by alignment with the tough, invulnerable, and aggressive models associated with rugged American individualism. According to Abby Ferber and Michael Kimmel (2008:873-4), “Acts of terrorism are the ultimate manifestation of contemporary Western manhood” and take their gendered shape in response to “the dramatic increase in gender equality, and changing definitions of femininity and masculinity, that have been attendant upon globalization.” Whether or not one considers Loughner’s actions terrorism in the strict sense (there’s a good debate of that issue here) it is impossible to deny his crime was political in nature; likewise the tone of political discourse emanating from Capitol Hill in recent years is often steeped in concerns that some sort of national emasculation occurring.

Terrorists and (would-be) assassins may not appear to represent the mundane cultural reality we “normals” occupy, but Sociology often reminds us that the deviant and the normal are not discrete entities. Extreme acts of violence and subtle moments of interactive dominance are on a continuum of social processes that recreate a particular cultural order. Each activity—murder and micro-political slights—is also frequently gendered. The cultural value placed on masculinity means changes posed to that value (for instance, by women entering what were once exclusively male spaces) are likely to be defended against. In what other ways, dramatic and mundane, does our political culture promote a masculine, often violent lens for viewing the social world? How can we move toward changing the deadly tenor of our political exchange?