What about the boys? Solutions to violence against women. 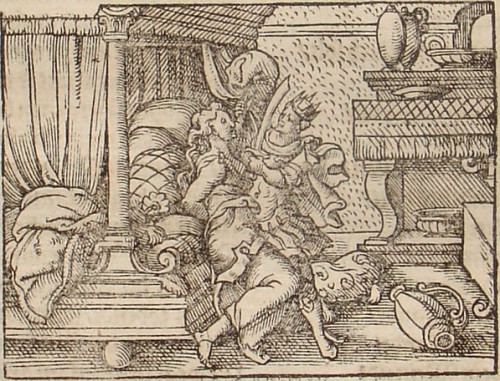 I was recently in a heated conversation about how to address sexual violence against women. During this chat, I was reminded that girls are almost always the focus in these kinds of discussions.  Increased attention has been paid in the last several decades to men who commit crimes against women, particularly rapists, (most of the public discourse is about heterosexual relationships) and yet, when it comes to solutions, there is very little talk about boys and men. While we tell girls to be careful – not to wear certain clothing, not to walk around alone at night and even how to fend off attackers – attacks still occur and far too often, at that. We also blame girls and women for the violence that is perpetrated against them – they weren’t careful enough, they wore the wrong clothing, they went to the wrong place at the wrong time, said the wrong thing, etc.  What about the boys? Girls are exposed to much more information about sexual violence and how to protect themselves than in the past (though in most cases still not enough), but what do we do to teach boys not to victimize women? Rape is about more than sex – it’s about power – and this desire for/misuse of power is condoned or, at the very least, mostly overlooked outside of academia/the mental health professions.

Though the manifestation of the problem may take a particular form in contemporary society, none of this is a new trend, as is evidenced by the artwork seen above, the Rape of Philomela by Tereus, an engraving by Virgil Solis for Ovid’s Metamorphoses and below, by Francisco Goya. While we pride ourselves on living in a “civil” society, one that is less violent than others and more progressive than our own once was, rape and violence against women more broadly remain a significant problem and we do very little to change the way men think about women as sexual objects. Accurate statistics are hard to come by due to under-reporting, but a conservative estimate of number of rapes per year in the US seems to be somewhere around 300,000, according 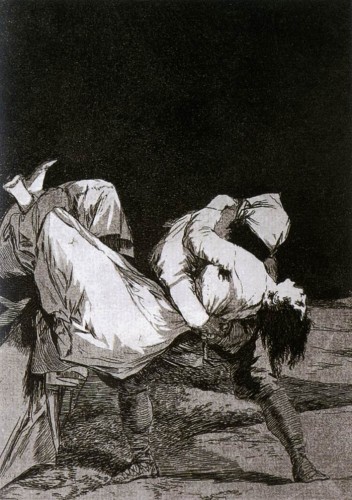 to the National Crime Victimization Survey. It is likely significantly higher than that.

Last week, Maureen Dowd broached this subject in her op-ed piece in the New York Times. As a society, we do a horrendously poor job of teaching boys that women are not “prey.” In her piece, Dowd addresses a frightening trend at a prestigious private school outside of D.C. where boys were ranking girls and duping them into having sex, sometimes with multiple partners in the same night, to score points in a game. Dowd writes, “the mission was to invite the drafted girls and, unbeknownst to them, score points by trying to rack up as many sexual encounters with the young women as possible.” One of the parents of a “recruited” girl reports, “‘They evidently got points for first, second and third base…They were going to have parties and tally up the points, and money was going to be exchanged at the end of the season.’” Where is the education for these boys, who are no more than a few years away from manhood? Perhaps if boys were socialized to think of women differently, girls and women would have a lot less to be afraid of in society more generally. Most importantly, this would address the cause of the problem much more directly than telling girls how short their skirts are or how low their necklines should be, which has been a large part of the education about rape in the last few decades. And our lack of attention to this kind of problem is exemplified by the relative lack of coverage of this event at this private school – Dowd’s op-ed piece is the bulk of the national media coverage.

How we perceive a problem has serious consequences for what we consider the solution to be. If we identify the problem as girls dressing a certain way, etc. then the solution becomes training them to be more careful and wary of boys. None of that really solves the problem. If we accept the fact that boys will be boys and that some men are violent, then we are condoning that violence and ultimately training boys to think that it’s OK to victimize women. All of this is expressed quite acutely in the “rape culture” argument, summarized in the article below. For instance, Williams cites  Buchwald (1993) who explains that it is “…a complex of beliefs that encourages male sexual aggression and supports violence against women … a society where violence is seen as sexy and sexuality as violent.”  This blaming women, condoning rape, and lack of major changes to the way boys are socialized exists in a deadly (sometimes literally) combination with larger issues of violence in American and Global society.  Ultimately, we exist in a world where boys far too often act in violent ways towards girls and where rape is not an uncommon crime. There are many levels at which to address this problem, but socializing boys (not just girls) differently certainly seems like an important place to focus some (any!) energy.

Their Dangerous Swagger in the NY Times, Dowd