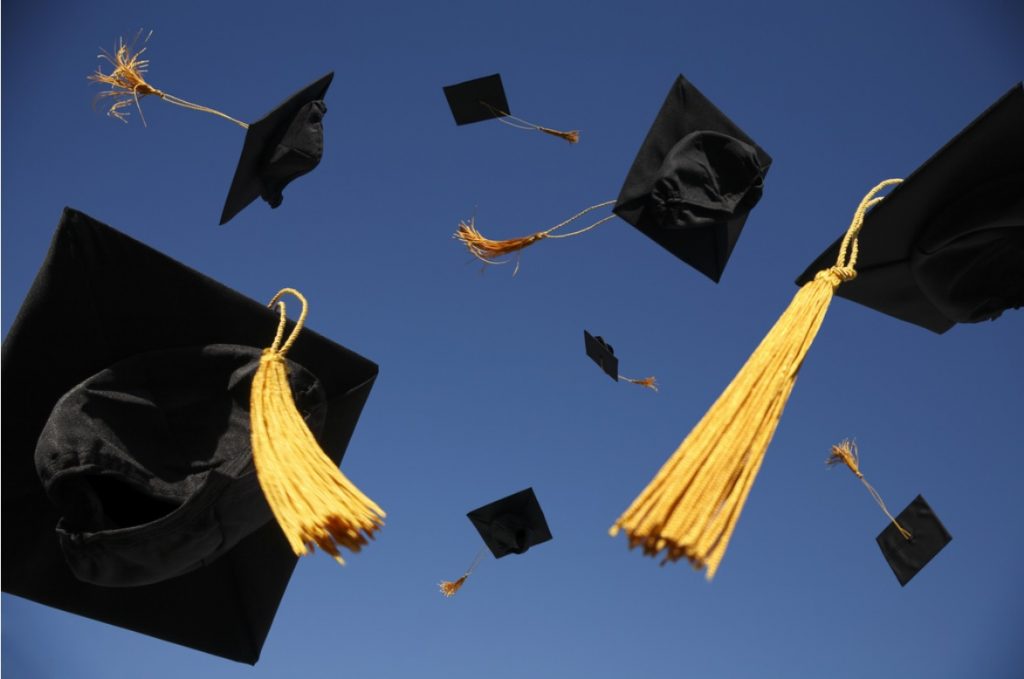 For decades academics, educators, and policy makers have butt heads with creationists (i.e. people who believe in intelligent design over evolution).  Evolution is incompatible with strict religious beliefs that God created the universe.  Religious families have historically contested education on evolution in classrooms, believing that their children are being fed false information that infringes on their religious practice.

Longest and Uecker [1] have recently added to this conversation by illuminating the salience and importance of these beliefs.  The authors argue that strict creationist beliefs are not frivolous; rather, belief in divine creation is an important boundary marker with drastic implications on the trajectory of education. The authors specifically investigate the effects beliefs about education have on post-secondary educational outcomes.  Using data from the National Study of Youth and Religion, Longest and Uecker compare the educational outcomes of creationists and naturalists in regard to their likelihood to obtain a bachelor’s degree and attend competitive colleges.  They find that generally, creationists are less likely to obtain or be on the path of obtaining a bachelor’s degree than naturalists.  Furthermore, creationists are less likely to attend competitive colleges than naturalists and less likely to study biology.

These findings are important because they point to the particular salience of creationism on educational outcomes, even accounting for a myriad of controls (including age, gender, race, census region, academic performance in high school, availability of universities, parental income and education, denominational affiliation, and frequency of religious attendance).  Beliefs about evolution therefore have a particularly strong salience for life outcomes.  The authors consider several explanations for this phenomenon.  Creationists might feel that their beliefs will be mocked or marginalized on a college campus.  Moreover, attending a secular institution might threaten the strength of one’s beliefs. Finally, the authors hypothesize that attending a selective college might threaten creationists’ anti-elitist image.

Furthermore, we might also consider what creationism conveys about individuals’ faith in education and academic authority-not just concern over their image.  Specifically, creationists may be more likely to believe that individuals can sufficiently educate themselves rather than being told what is true and how to think by other people.  Creationism, after all, is not openly condoned in mainstream institutions or academia; creationists must therefore seek confirmation from alternative sources or their own self-education.  In short, perhaps emboldened by ideas of self-determination creationists have little stock in educators and academic institutions.  If this is the case, it follows that creationists would not feel as much pressure as others to achieve a bachelor’s degree or attend a selective institution.  After all, what good is a degree if we are all able to be our own teachers?

Moreover, recent research has shown that this anti-elitist, anti-intellectual attitude is growing and prospering in our current political moment.  Motta (2018) [2], for example, argues that (largely conservative) Americans have increasingly adopted anti-intellectual and anti-expert attitudes.  For example, a 2017 poll published by the Pew Research Center shows that since 2015 Republicans have adopted more negative views of colleges and universities [3].  Moreover, Motta argues that individuals who endorse this attitude are more likely to support political movements that reject expertise. President Trump, who informally campaigned under the phrase ‘drain the swamp’ and has actively fostered a spirit of anti-intellectualism [4], found support among Americans who were tired of listening to political and scientific experts.  It is perhaps unsurprising that the creationist movement has become reinvigorated these past few years.  Furthermore, as Motta illuminates, this spirit of anti-intellectual populism has large implications that go beyond just individual beliefs; rather, they are deeply tied to political upset and change.

Many theorists and commentators have speculated about the rise of this anti-intellectual movement.  Some, like Bill Keller, blame the internet, arguing that the format of virtual spaces gives preference to those with the loudest-rather than the most qualified-voices [5].  Other theorists like Tom Nichols have argued that the recent wave of anti-intellectualism is at its root an attempt to reclaim power. In his book, The Death of Expertise: The Campaign against Established Knowledge and Why it Matters, Nichols points out that in some ways elitism challenges egalitarianism and liberty – the very beliefs that America was founded on.  Subsequently, ‘…to reject the advice of experts is to assert autonomy…it is a new Declaration of Independence: No longer do we hold these truths to be self-evident, we hold all truths to be self-evident, even the ones that aren’t true.  All things are knowable and every opinion on every subject is as good as any other’ [6]. In short, anti-elitism is in some ways an attempt to reclaim power and autonomy in a society that has long valued education and intellectualism; growing anti-intellectualism is more than a fad, it is a means of challenging and redefining the social hierarchy (or, in Trump’s words, a means of draining the swamp).

Creationists’ hesitancy to attend college logically fits with these broader trends.  Creationism is, at its core, an effort to dismantle expertise and intellectualism, to redefine where knowledge comes from.  In the grander scheme, it is no wonder that creationists receive fewer bachelor degrees or are less concerned with attending competitive institutions; we can hypothesize that their disregard of traditional measures of education is an increasingly widespread demonstration of their beliefs about intellectual hierarchy and the power of expertise.  Moreover, the creationist movement illuminates the strong tie between the individual and their broader socio-political context.  As Lamont and Uecker show, individuals’ beliefs in non-scientific theories shapes their lives-including their investment in higher education.   Moreover, these beliefs are products of ongoing political movements.  The case of creationism is thus a clarifying case of the interrelationship between the individual and the political.  Individuals not only shape political movements, political movements shape individual trajectories. Perhaps it is time to take these movements seriously, not in regard to their validity, but their consequences for our social landscape more broadly.

[2] Motta, Matthew. 2018. “The Dynamics and Political Implications of Anti-Intellectualism in the United States”, American Politics Research 46(3):465-498.

[6] Nichols, Thomas. 2017. The Death of Expertise: The Campaign against Established Knowledge and Why it Matters. Oxford University Press.