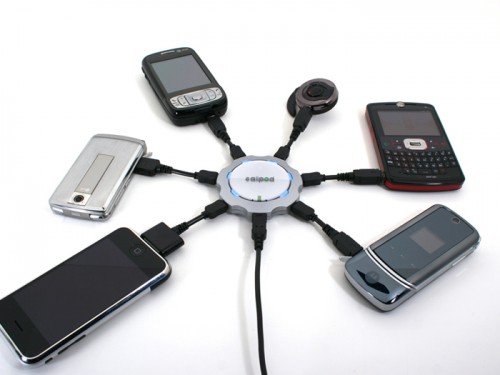 In 2010, MSNBC published an article written by Alex Johnson entitled “Some schools rethink bans on cell phones: Bans don’t work, so administrators explore using mobile devices”. In the report, Johnson notes that 100 plus students were suspended – not for cheating, smoking, or bullying – but for having cell phones. While presented here as merely an anecdote, there can little doubt that the use of cell phones, and mobile technology more generally, is an issue that has caught the attention of school administrators across the nation. Within the article, Brian Begley, principal of Millard North High School, illustratively notes: “Cell phones aren’t going away.” As mobile devices become increasingly marketed to today’s youth and as their functionality blurs with that of computers, the issue of wireless, new media technology within high schools will reshape school operations.

The article cites that although 69 percent of American high schools have placed a ban on cell phones, 63% of student respondents nonetheless reported using them on campus. Recognizing that simply banning the devices does little to discourage their usage, Johnson notes that “a growing number of school districts are exploring other ways to shut them down.” Rather than employing suspension as a punishment, certain schools have resulted to more invasive forms of social control,  including “confiscating phones…keeping them for 30 days and searching them for evidence of cheating, pornography or other ‘illicit activities.’ If such evidence is found, it’s turned over to the sheriff’s office”.

Whilst illustrating both the complications for banning cell phones and their potential applicability within schools, the issue of cell phones points to a larger development.  Scholars have recently begun to document how two large-scale trends are transforming the socialization of youth within school settings. The first stems from a late-modern preoccupation with safety and security (see Garland, 1996, 2000; Simon, 2007; Foucault, 1977). Whether accelerated by internal events such as school shootings, or external factors like reported rates of youth violence, it is clear that crime has now become a chief organizing principle shaping school discipline. Consequently, issues such as cell phone use are caught in the proverbial cross-hairs and mobilized against in the name of promoting school safety.

Today, the distinction between school discipline and criminal punishment has become less clear given the influx of criminal justice practices within schools (Kupchik, 2010). This is evidenced, within this article, by schools incorporating more invasive forms of monitoring that sometimes include the use of law enforcement. Although zero tolerance policies, metal detectors, police officers, surveillance cameras, drug dogs, and high-tech security systems signify measures of formal social control generally associated with the criminal justice system, they have increasingly become part of the school’s natural environment. The widespread adoption of rigid crime control practices and policies illustrates the growing legitimacy of criminal justice to manage and control youth in school settings.

The other trend highlights the celebratory nature of late-capitalism. A growing number of scholars have argued that the power of the commercial market to reconfigure the social world can no longer be ignored (see Hayward, 2004; Baudrillard, 1998; Campbell; 2005; Featherstone, 2007). Hayward (2004) for instance, notes that it is crucial to realize the role of consumer culture to fully understand contemporary society (see also Lury, 1996; Slater, 1997; Miles, 1998). Given the markets increased societal prominence within late-modern society, its capacity to influence youth behavior has become too great to dismiss.

While safety and security lie at the heart of societal needs, there are also transgressive behaviors backed by the expanding marketplace – including cell phones and their continued use. Those actions deemed transgressive by school policies are now commodified and marketed within the consumer culture to grip the subjective and emotional widespread appeal of youth (see Ferrell, Hayward, & Young, 2008; Presdee, 2000). Marginal behavior – now a commodity – is tirelessly marketed to school youth as they engage those behaviors that are often barred by school/state control.

While the tendency of punishment and control seem to contradict the leanings of the late-capital market (as noted above), perhaps it is worth exploring the nexus between the two. Specifically, begging an examination of how the goals of the state and the market – while apparently contradictory – combine to reproduce behaviors which conform to the social conditions of late-modernity.

Read: “Beyond Fear: Sociological Perspectives on the Criminalization of School Discipline“, in The Sociological Forum.