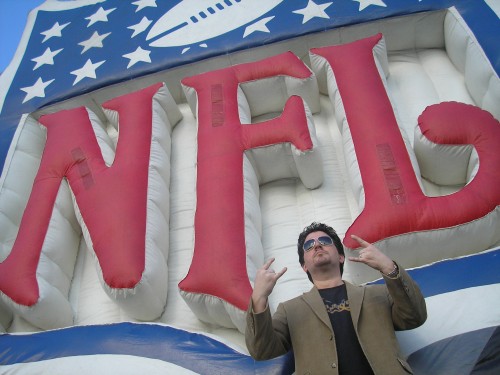 Advertisement air time during Super Bowl Sunday has always been a coveted commodity.  Yet this seemingly trivial marketing dream has historically been used to display sexist ads, most notoriously by beer companies.  Nevermind the fact that Superbowl Sunday is also a time in which violence against women is particularly likely (see article below), we are also now apparently going to be subjected to anti-abortion messages, known as “pro-family messages.”

The abortion wars we see played out in such ideological ploys claim dualistic extremes: the celebration of life and family versus women’s choice and apparently a choice against life.  This false binary both masks the underlying issues that make abortion a viable option for some people and simultaneously reveals what it really means to celebrate ‘life’ and ‘family.’  Does speaking out about violence against women, domestic abuse, and overt sexism in advertising not qualify as a pro-family message?

Catherine MacKinnon, a prominent feminist legal scholar reminds us that framing the abortion debate in these terms serves the purpose of avoiding the structural and societal inequalities that many women face when it comes to contraception and sexual relations.  Birth control, religious beliefs, cultural practices, and sex itself are in fact areas of contestation and are always already situated within unequal gender relations.  As MaKinnon notes, arguing about whether abortion is life or death for the child forcloses discussion around the social, religious, economic, and political contexts in which sexual relations occur.

The debates surrounding advertisements during Super Bowl Sunday brought up by such controversial topics have failed to point out the inconsistencies and contradictions that are played out not just on tv, but rather on the bodies of women everywhere.

Catherine MacKinnon in the Blackwell Dictionary of Cultural and Critical Theory