Fear as the Norm 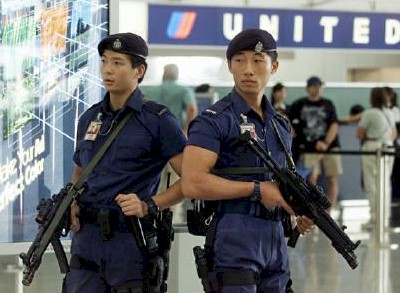 Following heightened security concerns in Yemen as well as the failed Christmas Day bombing aboard a flight approaching Detroit, the Obama administration has opted to drastically increase security concerning all flights destined for the United States. According to the Washington Post, these new Transportation Security Association (TSA) measures include the physical search of all passengers who hold the passport of, are traveling from, or are traveling to a country on the Statement Department’s list of state sponsors of terrorism or other countries of concern. This list, comprised of over a dozen states, includes Cuba, Iran Sudan, Syria, Afghanistan, Algeria, Iraq, Lebanon, Libya, Nigeria, Pakistan, Saudi Arabia, Somalia, and Yemen.

One can be sure that particularly during the holiday season these extended measures will create significant travel delays. This expectation of constant disruption has become a relative norm. In a recent article, Francois Debrix and Alexander Barder address the power/fear dynamic of the modern state. The article discusses the effects of fear the mobilization and the proliferation of Foucaultian dispostifs (loosely translated to ‘mechanisms’) of terror on the ability to live with an amount of perceived normalcy. The article cites the 2009 A-H1N1 (swine flu) epidemic, however, the Obama administrations’ new security measures can be added to the list of present examples.

The authors begin their analysis by reviewing the Hobbsian justification of the modern state, namely the sovereign’s ability to defend the property and basic rights of individuals. For Hobbes, fear of physical violence is an inescapable part of human nature and thus the principle aim of the sovereign is to mitigate the threat. For both Hobbes and Schmitt, the state’s monopoly of violence and the ever-present possibility of its use is what confers the sovereign’s legitimacy.

In order to extend the analysis to the concerns of the contemporary states, the authors then address Foucault’s premise that it is no longer the sovereign who holds absolute power through the fear of violence but rather “biopower” that wields control. Biopower, rather than a singularity, is the object of a “population of a given territory in its entirety, and the main preoccupation of this power is the populations’ proper governance.” For Foucault, “one important implication is that the function of state power appears to change from one that is in charge of establishing a legal order over a particular political territory to one that consists in delineating a succession of governmental procedures, techniques, and strategies that can actively regulate a population.” As these tactics are heightened and honed to confront a decentralized enemy and fear becomes decentralized so has the response. Foucault addresses the inevitable systematization of “who can live and who can die” and notes its evolution to biopolitical racism which redefines global boarders based upon racial profiles.

The authors conclude that in “today’s’ governmentalized configurations of ongoing (in)security, life gets fused and confused with fear. Together, as one, they form the prime objects of government and biopower.” The decentralized mobilization of fear produces disportifs of terror which serve to further fear of the disruption of normalcy rather than the intended preservation of the norm. Heightened airport security based largely on a certain profile is simply the latest example. When the populous is poised on the verge of total fear of an enemy that cannot be identified as an opposing sovereign or state they are left to create mechanisms that filter threat rather than prevent it at a common source. This constant filtration serves to preserve fear and disrupt normalcy.

Read “Nothing to Fear but Fear: Governmentality and the Biopolitical Production of Terror” by Francois Debrix and Alexander D. Barder