Just a Flash in the Pan?: Institutional Fads and the Medicalization of Addiction 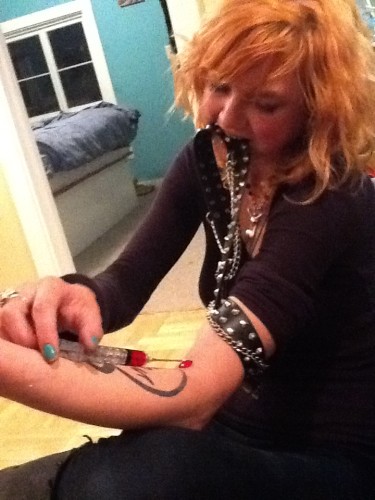 In popular culture, fads are common occurrences that follow a relatively basic trajectory.  That is, cultural fads typically materialize, become increasingly popular, and then fade away almost as quickly as they appeared (Best 2006).  From American Idol to zoot suits, fads associated with pop culture rapidly rise and promptly plummet before being replaced by a new trend that is ultimately destined to follow a similar path.  This cycle of emerging, surging, and purging is not, however, limited only to relatively trivial things like TV shows and clothing choices.  Rather, fads can also exist within powerful institutions.  And instead of simply helping to define the intricacies of an era like cultural fads do, institutional fads can linger on for much longer and can bring about much more serious consequences.

In their article on the topic, Anderson, Swan, and Lane (2010) explain that institutional fads frequently flare up in health-related organizations.  The authors contend that one of the main components encouraging the development of institutional fads within the healthcare field is the medicalization of deviance.  Essentially, the medicalization of deviance occurs when some sort of a phenomenon that had existed within a non-medical framework is placed within a medical framework.  According to Conrad and Schneider (1992), there are four stages involved in the medicalization of deviant activities.  These stages include the following: identifying a behavior as deviant, discovering medical technologies and research that will allow the behavior to be evaluated with “calculated reasoning,” claims-making by those both within and outside the medical community, and legitimizing the role of medicine to treat the behavior by medical authorities.  By following these four steps, social phenomena such as depression and alcoholism have went from being evidence of personal weakness (i.e., under a non-medical framework) to being indicators of a medical problem (i.e., under a medical framework).

In the last century, Anderson and her colleagues argue that the medicalization of deviance has become increasingly popular, especially as it applies to drug addiction.  By turning drug addiction into a medical issue, the authors insist that the healthcare field has essentially been granted control over this particular social problem.  In an attempt to offer a solution to the problem, the medical community has looked to four biologically based traditions: constitutional (body type) theory, genetics, psychopathology, and neuroscience/brain imaging.  While neuroscience/brain imaging is a relatively new response to addiction that is currently being well received, the three other explanations were also once popular before eventually losing their esteem.  In fact, like a fad, these earlier traditions developed, gained wide support, and then quickly lost their momentum before being replaced by newer so-called solutions.  Because of the fad-like trajectories of these previous responses to drug addiction, Anderson et al. caution that the current in vogue answer to addiction—neuroscience/brain imaging—may eventually prove itself to merely be just another institutional fad. 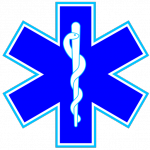 Yet, despite such a warning, there is a growing sentiment in the U.S. that drug addiction is a brain-based medical condition.  This belief has even made its way all the way to the top of American politics.  Earlier this month, for instance, drug czar Gil Kerlikowske of the Obama administration contended that drug addiction is a chronic brain disease.  Rather than being proof of an individual’s moral failure, the drug czar insisted that addiction is actually a brain-based illness requiring medical treatment.  Kerlikowske went on to argue that the administration’s stance on the issue is not simply an opinion, but that it is instead based on years of scientific research.  Bolstering this idea that addiction is a disease and not a personal failing, the Patient Protection and Affordable Care Act (i.e., “Obamacare”) requires insurance companies to cover the treatment of substance abuse.

After reading about the increasing tendency to frame addiction as a medical condition and, recently, as a brain-based disease, I have come to have three key questions.  Firstly, what does this mean for the War on Drugs?  While treatment does often seem like a better choice than incarceration when it comes to drug addiction, should the criminal justice system be completely taken out of the equation?  Secondly, what if the neuroscience/brain imaging technique that is currently popular eventually proves itself to be just another institutional fad?  Should the U.S. wholly embrace this way of thinking about addiction now or should it wait to make sure that this technique represents true progress rather than simply a flash in the pan?  Thirdly, should drug addiction be treated only as a medical condition?  What about other factors that may lead to and encourage addiction?  How would you respond to these three questions?