What Comes After Woman?: gender identity and the women's movement 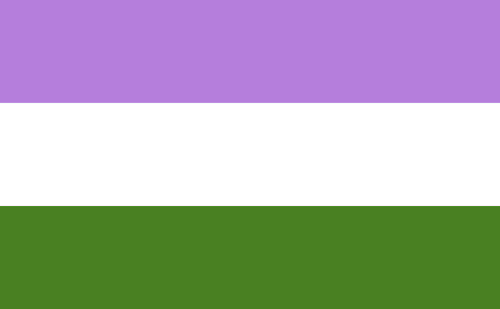 Last year, as I completed my fieldwork, I was unexpectedly reminded of the continuing contention around gender identity. Interviewing dozens of people involved in social movement actions around austerity and economic inequality, I anticipated that there would be some emotional responses, moments of hesitation, perhaps even discomfort around some of my inquiries. I did not expect to elicit these reactions during the demographics section of the interviews. Yet, about a third of the time, when I asked the respondent to disclose a gender identity, there would be silence. Sometimes after the long pause the respondent would cautiously clarify whether I was seeking to categorize them as either male or female (I wasn’t). Other times the interviewee would go into a longer explanation of their opposition to the gender binary before identifying with a gender non-conforming label or declaring gender irrelevant and declining to provide an identity at all.

Although I am no stranger to these debates and expected respondents to interpret identity broadly, I was struck by the frequency with which the gender category provoked further – sometimes heated – discussion, as this sharply contrasted with responses to my questions about racial ethnic identity, age, political ideology, and so on.

These experiences were on my mind as I read a recent article in Sociology Compass in which Jo Reger (2014) considers debates within contemporary U.S. feminism. She explores questions of the movement’s continued existence, intergenerational relations, and problems of privilege and inclusion in the women’s movement. In the final section on future debates, Reger briefly mentions the struggles around gender identity, citing spaces such as the Michigan Women’s Music Festival that exclude transgender women on the basis that they were not born as women. She concludes that such debates indicate the movement is lively and active, pushing feminist activism in new directions.

Indeed, the debates and continued pressure by activists over the years have resulted in a greater acceptance of transwomen in women’s movements. Efforts like Camp Trans and boycotts of performers who have played at “Mich Fest” have contributed to greater trans visibility and inclusion.

But, as conceptions of gender and identity categories become increasingly blurred, it does raise questions about the future of a movement based on the aim of equality for women. “Trans” can be about transitioning to an identity as woman or man but it is also used in the sense of transcending the female/male binary to include genderqueer and all gender non-conforming identities. The inclusion of an asterisk after the words trans or transgender signifies this broader inclusion and is being used more frequently, troubling woman as an identity category.

Reger points to the media tendencies to pronounce the death of the women’s movement every so often since the 1980s, a phenomenon that media critic Jennifer Pozer has called “the false feminist death syndrome” (Pozer 2003: 313). Reger sees the debates over gender identity and other exclusions not as an indication of the failure of the women’s movement, rather she says, “debate, divisions, and contention can often give rise to new growth and directions in feminist activism” (Reger 2011: 48). But what happens when the conflict is not about greater inclusion in a category but the category’s destabilization and dissolution? Does feminism depend on the category of woman? Foreshadowing a death knell in light of these types of challenges seems less easy to dismiss.