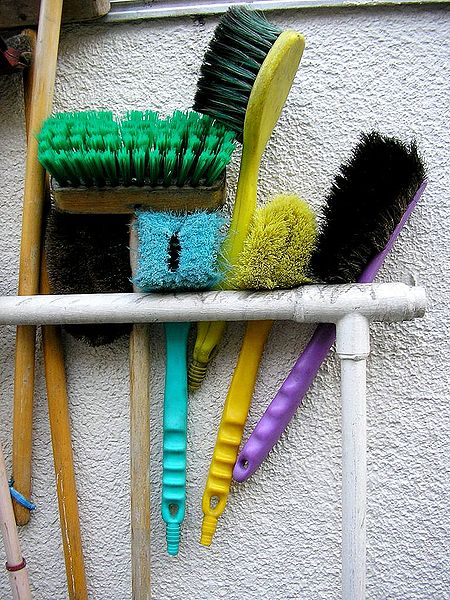 How do women and men divide housework?  That question has become a matter of intrigue in US media in recent years.  In fact, in the last week alone two major newspapers, The New York Times and The Atlantic, carried opinion pieces on the gendered division of housework in America.  A plethora of research indicates that in the last 30 years men have begun to increase the amount of time that they spend on housework but the fact remains that women still do far more housework than men.  What this progress on the part of men means for the future though is still up for debate.  Will this progress toward gender equity continue?  Will it slow?  Will it speed up?  Only time will tell, but pundits certainly have a lot to say on the matter.

In a New York Times commentary titled “The Case for Filth,” Stephen Marche argues that the only realistic way to end the unequal division of household labor is for both men and women to simply do less of it.  Marche, a contributing editor for the highly misogynistic Esquire, argues that it is over-cleanliness that leads to unequal division of housework.  If he is right, men all over the country should breathe a collective sigh of relief because the clean house that many women strive for is “a sign of a wasted life,” so it is only those who accept mess and choose not to spend time on housework who are truly living.  The implication here is that it is nothing more than women’s own vanity that is the cause of the unequal division of household labor.

“Yes, Men Should Do More Housework”, Derek Thompson’s editorial in The Atlantic, points out just how convenient Marches’ argument is for men.  He refuses to believe that neglecting cleaning truly is the “only possible solution to the housework discrepancy” as Marches bills it.  Thompson’s closing lines summarize his argument well.  He says, “But maybe, now that women are out-earning us in bachelor’s degrees and (often) in marriages as well, we could stand to do oh-just-slightly more than 35 percent of the dishes.”  Thompson’s argument is clear.  Men need to do more.

But, these two men are not the only voices being raised on the topic.  Gayle Kaufman, Professor of Sociology and Gender and Sexuality Studies at Davidson College, recently published a new book, Superdads, which also takes on this issue.  Superdads purports to tell the story of fathers in the 21st century who are striving to do a larger share of the housework.  Kaufman argues that 21st century men are more engaged in housework and fathering than any other generation of men in US history.  Empirically her argument is sound, but should that qualify these men for the superlative “super”?  Doing more does not equate to fully doing our part and the term “super” seems to imply that these men have already exceeded our expectations.

Our expectations need to be adjusted.  Perhaps the most commonly cited statistic regarding men’s involvement in housework comes from the American Time Use Survey.  According to the survey, men do 35% of all household tasks.  If 35% is all it takes to be “super” than what superlative applies to women who continue to do 65% or more?