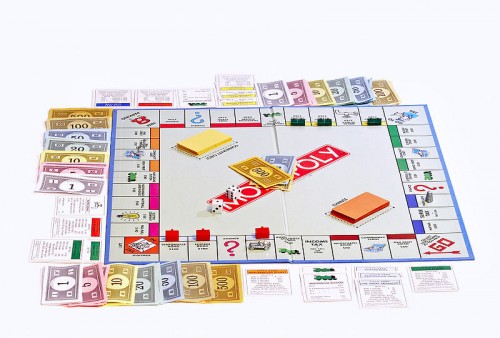 The recent contention over the United States budget has pitted the Democrats against Republicans and in doing so has hardened political ideologies for many but has also opened the minds of many to the hypocrisy of Congress. One central narrative in this battle is whether citizens should continue to receive entitlement programs such as Social Security or be allowed to get health care under the Affordable Care Act. The right considers anyone in poverty as lazy and handouts as a disincentive to work. Narratives were abound regarding individuals who are perceived as undeserving of healthcare and that people need to work for a living in order to receive healthcare.  Fox News went so far as too post a horrifically misrepresented graph suggesting that more Americans receive benefits than work. Of course the graph is extremely flawed with contradictory measures for those that receive benefits and those that work, and the Y axis makes the difference appear greater than what it is. The notion that Americans can pick themselves up by the boot straps and make something for themselves is a sensationalized myth at this point in time. The reality is that it is difficult to win the economic race when you are not even allowed on the track.  The 99% moniker of the Occupy movement is indicative of the gap between the rich and the poor, and the difference between the rich and the poor cannot be whittled down to work ethic. Rather, income inequality is a product of social structures that exploit the working class.

What goes hand-in-hand with the rise in income inequality is the rise in negative rhetoric towards welfare queens, lazy bums, and free-loaders. These negative constructs form the basis of a class structure that seeks to “other” those that do not succeed and celebrate those that do. The individuals who attempt to fight for labor rights get labeled socialists. The politics of class are abound in emotional language and images that breeds contention and it is often difficult to break through many people’s preconceived notions about work ethics and earning your way through life. The question exists as to how we break through the false consciousness of society and reveal the existing social structures are so limiting for those without wealth. With the holiday season approaching and the inevitable political conversations that arise when family gathers, perhaps playing a classic board game can show the costs of social stratification.

Several scholars have used Monopoly to teach their students about the inequalities that exist in the United States. One poignant article by in Teaching Sociology provides detailed instructions for how to play the game Monopoly with modified rules to reflect social stratification in the United States (Coghlan & Huggins, 2004). The authors use this exercise to teach their students about social stratification and to hold meaningful discussion about the restrictions in rising from the bottom. Rather, than every player starting out with the same amount of money, players are randomly assigned one of five roles reflecting income distribution in the United States. The player representing the highest income quintile gets to start out with $3,728 dollar, multiple properties, and receives $500 every time he/she passes go. The lowest quintile player starts out with a meager $270, no property, and only receives $36 dollars every time he/she passes go. What the authors found in every instance was the richest player won out and on occasion the lower class player could rise up an income level, but more often than not lost the game.  What the students discover in the simulation is that class mobility is harder than they think. The aforementioned article is just one example several instructions that exist on the Internet. Wright-Maley (2013) added current taxation practices to his version of the game. If you are in a constant battle with family and friends over the role of taxation perhaps this version will provide an apt example that even with government subsidies and low tax rates the poor still cannot improve their economic situation.

If the experiences of class inequality are insufficient perhaps you can add race and gender into the mix as well. A recent blog post provided altered rules for Monopoly to reflect racial and economic stratification. After all income inequality is exacerbated along racial classifications. For instance, the median income for a black non-Hispanic household is $6,000 compared to a white non-Hispanic household at $88,000.  The race and class version of Monopoly provide differential voting power for each race, different starting wealth, properties, income, and reflect the damage done by the criminal justice system to African Americans and Native Americans. Rather, than having one opportunity to go to jail, African Americans and Native Americans have the potential to go to jail any time they land on a corner spot, this reflects the reality that one in three African-American males are imprisoned in their lifetime.

Social stratification is a difficult topic to address. It is bound up in the politics of class, race, and gender. The current tension between the political left and right have only made a serious discussion on class more difficult. Rather than engaging in a drawn out conversation with family members over the holiday about welfare and laziness, engage them in a modified game of Monopoly. Give them the opportunity to experience poverty and challenge them to escape their economic situation through hard work. If your family member fails to see how a game reflects larger society perhaps an incentive can be placed on the game, such as cleaning all of the holiday dishes or taking his/her favorite present.  And look on the bright-side, the modified version of Monopoly will play at a much faster speed preventing the drawn out affairs typical in the standard version of the game.