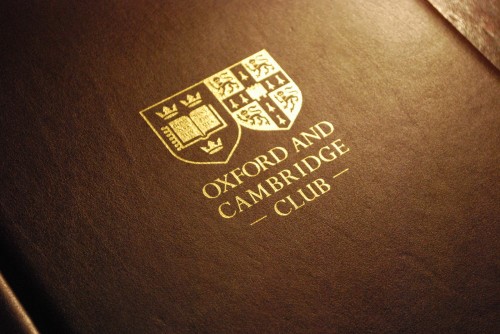 Former Prime Minister Sir John Major described Britain’s lack of social mobility as “truly shocking” and the current Foreign Secretary called it “disturbing” . It’s easy to see why; the upper echelons of our politics and culture are dominated by alumni from our two elite universities – the University of Oxford and University of Cambridge. The leading members of the government; the Prime Minister, the Chancellor of the Exchequer, the Foreign Secretary himself and the Deputy Prime Minister are ex- Oxbridge. So too are many of the politicians responsible for holding the government to account; for example the leader of the Opposition, Ed Miliband and the Shadow Chancellor Ed Balls. Our prominent writers, journalists and commentators such as the Independent’s Owen Jones, the Guardian’s Polly Toynbee, her editor Alan Rushbridger and our most popular political satirists including Jimmy Carr and David Mitchell (who work together on the UK’s version of Saturday Night Live, 10 O’clock Live) are also Oxbridge alumni. Even our new technological elites, digital entrepreneur Baroness Lane-Fox and the man who ultimately made this blog possible, inventor of the http protocol that facilitates the Web, Sir Tim Berners-Lee, are Oxbridge. The message is clear:  if you want to be member of our elites get yourself to Oxford or Cambridge.

Politicians from all major parties clamour for the moral high ground by claiming increasing social mobility is their political raison d’etre. The Deputy Prime Minister for example said exactly that – “it’s the reason I do this job”.  He and his contemporaries want people from disadvantaged backgrounds to go to Oxbridge.  Yet the latest figures tell us all political interventions have made relatively little impression: 57.7% of Oxford’s and  57.9% of Cambridge’s entrants came from state schools and of these undergraduate students 11% and 10.3% respectively came from outside the Higher Education Statistics Agency’s top three socio-economic classes.  Meanwhile, private fee-paying schools, despite taking 7% of all pupils, supply 42% of Oxbridge students.

Given the head of undergraduate admissions at Oxford insists the university selects on merit alone, this means either students from private schools are six times more likely to win a place at Oxbridge based on ability or the system sieves out bright students from different cultural backgrounds.  According to the latest research in the British Educational Journal, Oxford students say it’s the former; they attribute their place to their ability (Warikoo & Fuhr, 2013).  Similarly, when asked why so many of his cabinet had been to the same school and college David Cameron said he hires “on the basis of are they are the right person to do the job”.

Many on the political right advocate a wholesale return to the grammar school system (state schools that select students at 11 by exam) to give more disadvantaged students opportunities to show their ability. However, in counties where they still operate, the evidence shows grammar schools reward economic privilege; poorer children are only half as likely to attend grammars as those with the same tests scores in primary school. The Secretary of State for Education would prefer state schools to become more like private schools in their ethos and conduct.  He is enabling this by aligning the curriculum with more traditional private school models to include Latin and Greek, nineteenth century literature and more high-stakes testing of learning; one-off intensive written exams.

Oxford is acknowledging disadvantaged young people may not have the financial or social capital to enrich their personal UCAS statements and its representatives say the university only prefers original thinkers to people who are simply effective at passing exams. The alternative solution, which is much more difficult to enact and seems to have fallen by the wayside, is to address other influences on educational outcomes (Ball, 2010) such as family income, housing conditions, working hours, parenting arrangements and child care or examining the dysfunctional and toxic system of ‘teacher evaluation’  (Skourdoumbis & Gale, 2013) that permeates interstitial spaces of the state system