The Power in Writing a Good Note 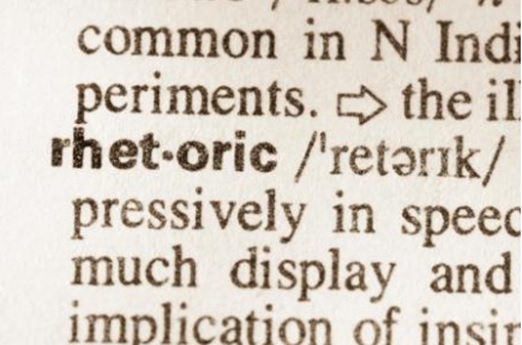 Institutions and practices that we have tended to take for granted have recently been subjected to a new awareness and interest. For instance, Timothy Snyder, in his recent book On Tyranny (2017) argued for the importance of government institutions and their capacity to preserve the rule of law when faced with the rise and coming to power of authoritarian populist parties. Others, including key political scientists such as Francis Fukyama, Bo Rothstein, Paul DuGay add to this and point to the importance of a well-functioning and meritocratic bureaucracy: one where candidates are recruited and promoted through fair competition on the basis of competence. This is a different take than what we have perhaps been more used to in the last decades’ sociology, namely how moralising experts and powerful grey bureaucrats escape democratic control.

But, what kind of competence is needed to be a powerful bureaucrat? How do bureaucrats become powerful, that is, how are they recruited and promoted? These are the questions we ask in our recent paper in British Journal of Sociology.

The answer we found, in our analysis of senior civil servants in ministries of finance and their daily professional practice, is perhaps a little surprising. Rather than being an expert economist, lawyer, or political scientist, as earlier studies have focused on, we see that the path to bureaucratic power goes through the ability to write a good note, or a good submission as the British call them. Hence, we address the importance of note-writing,  what kind of writing that is, how writing-practices contribute to constructing hierarchies, and the way in which it represents a source to power.

From formal expertise to bureaucrats in-practice

When addressing this issue of competence and power in modern bureaucracies, one name comes to mind, by most – namely the German scholar Max Weber. There is particularly one part of Weber’s work that many scholars interested in bureaucracies turn to, that is Weber’s way of addressing what legitimises bureaucratic power in the first place – competence and hierarchy. What this implies is that a bureaucrat’s power is related to the position he or she occupies in a hierarchic structure, and the specific area of expertise he or she holds. Weber uses a very specific term, Fachwissen, that is disciplinary knowledge, to describe the kind of competence a bureaucrat needs. He relates this to formal education.

In most newer studies of public administration it is generally this part of Weber’s understanding of competence that is being drawn upon. However, interestingly, and what we argue is quite important but curiously overlooked and under explored, is the other concept Weber also uses, that of Dienstwissen. By this Weber meant the kind of competence that bureaucrats acquire through practice. Few public administration scholars have picked up this Weberian concept. In our paper we argue that this concept is in fact key if we wish to understand what it is that really legitimises bureaucratic power – in practice.

Senior civil servants write notes – “what life here is all about”

But how did we come to this conclusion? We did not do so simply by re-reading Weber. To the contrary, our paper is based upon quite extensive empirical work. More concretely it consists of interviews with 48 top bureaucrats in the ministries of finance  – and in three different countries, Britain, France and Norway.

So, what did we ask them about? We asked them about what their workdays consist of, what their key tasks are, what kind of knowledge and skills they need to be able to do to do their job well. Since they all were responsible for recruiting and promoting new senior civil servants, we also asked them what kind of competence they value in such selection processes.

How did they describe their work? In all three countries the interviewees underlined note-writing as their most time-consuming and central task. They describe how they put together information and transform it into a short, precise, clear and convincing argument. The notes are often short, one or two pages only. As one of them put it, the writing of notes to inform ministers is “what life here is all about”. They consider the note, or submission, as their “basic product”.

But not only is this “writing of a good note” deemed important in itself. The ability to do so is also key if you want to be promoted and pursue a career in the bureaucracy. This comes out clearly in the interviews in all three countries. In order to succeed it is not only sufficient to write well, but to write well within the specific genre: note-writing. That is, be good at writing briefly, clearly and convincingly, with a clear-cut recommendation at the end. This has to do with the direction of the note; they are meant to underpin decisions politicians shall make. And as politicians must make decisions on a range of areas and do so swiftly, and cannot possibly take in all relevant information, the bureaucrats’ job is to prioritise, synthesise, translate expert language to more accessible ‘lay-person’ language. Such note-writing skills, the interviewees tell, is something they continue to perfect throughout their career. And as senior civil servants, much of their job consist in reading, correcting and improving the note drafts of their subordinates. This is also how bureaucratic hierarchy is enacted on a daily basis. 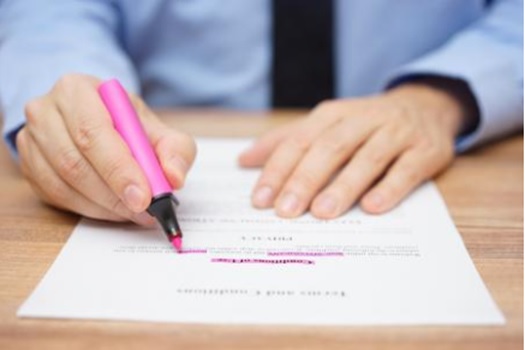 Practices within the state

Clearly, the form of competence described has surprisingly little relation to formal education, and much more to the tacit and implicit knowledge acquired through daily administrative practice. There are several reasons why so few scholars have investigated into this type of bureaucratic competence. One reason may be that Weber himself in fact wrote very little about Dienstwissen. Moreover, whilst scholars of, for example, science and technology studies have been increasingly interested in the study of practices, political scientists dominating the field of public administration studies, have to a lesser extent taken part in this practice-orientated approach.

When it comes to the sociology-discipline, those who are often inspired by Foucault have been traditionally interested in bureaucratic power, and have generally focused on the reach of bureaucracy into ever new areas of citizens’ life. They have not so much directed the attention towards the inner workings of the state.

By taking Weber’s concept of Dienstwissen as our point of departure, and combining it with his understanding of the importance of the file (the note) to the constitution of bureaucracy, our ambition has been to provide a new analytical framework. We hope this framework will open up a better understanding, not only of the competence senior civil servants use in their daily practice, but of how bureaucratic authority is constituted. In short; if we are to understand bureaucratic power, we need to understand the power of the good note.

Read the full research paper for free until end January 2019:

Marte Mangset is a postdoctoral research fellow at the Centre for study of the Professions, Oslo Metropolitan University. She holds a joint doctoral degree from Sciences Po Paris and the University of Bergen, and specialises in international comparative studies in the sociology of expertise, education, public administration and power. She is currently working on a comparative study of the knowledge and skills which legitimises bureaucratic elite power in Britain, France and Norway, and studies on research policy and academic recruitment. Among her latest publications are “Elite circulation and the convertibility of knowledge: comparing different types and forms of knowledge and degrees of elite circulation in Europe” in Journal of Education and Work, and “Anti-Bureaucratic Identities Among Top Bureaucrats?” in Comparative Social Research.

Kristin Asdal is Professor of Science, Technology and Culture at the Social Science Faculty at the University of Oslo. Her work draws on STS, political theory and history in empirical studies of political institutions and bureaucratic practices. She has published widely on the making of environmental politics and the shaping of political issues at the intersection of natural science and economics within politics and administration (e.g. “From climate issue to oil issue” (Environment and Planning 2014) and “Taking nature into account/ing” (Geoforum 2008). She is currently working on a monograph on parliamentary practices to be published with Routledge. Her ongoing ERC Starting Grant The Little Tools project  examines the emerging ‘bio-economy’ – and explores valuation practices in market strategies, in life sciences, and in policy, planning and innovation documents and strategies. Amongst the ‘little tools’ she is exploring are ‘documents’ and what they do to offices and practices. The concern with documents and writing practices is a longstanding engagement in Asdal’s work, see for instance “What is the issue?” in Distinktion (2015), a special issue on ‘contexting’ in STHV (2012) and her paper “Texts on the move” (with Helge Jordheim in History and Theory in 2018).