Deinstitutionalization and the Criminal Justice System: An Unfortunate Correlation 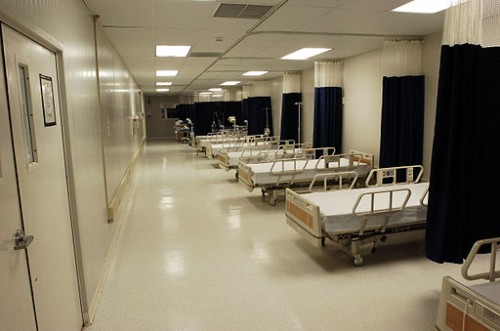 Today, one of the most common repositories for the severely mentally ill is the criminal justice system. Based on studies of jail and prison populations, it is estimated that 10 to 15 percent of inmates have a serious psychiatric illness (Jemelka, Trupin, and Chiles 1989). And as Steinwachs, Kasper, and Skinner (1992) have found, around 40 percent of severely mentally ill people have been arrested at least once in their lives. In many ways, then, the criminal justice system is acting as a replacement for state mental institutions. In fact, there are now more mentally ill people living in prisons and jails than in public psychiatric hospitals (Lauriello, Bustillo, and Keith 2000). But beyond incarceration being dangerous, unhealthy, and unhelpful for those with a severe mental illness, it is also costly and unproductive.  As an illustration, consider that the cost of incarcerating one prisoner averages states and the federal government nearly $23,000 per year (Stephan 2004).  Police officers continuously report, moreover, that “mental disturbance” calls are significant burdens to their departments (Steadman et al. 2000). Without a doubt, having the criminal justice system act as the caregiver for many of this nation’s mentally ill people is expensive and highly inefficient.

So, what is to be done to stop “criminalizing the mentally ill?” For one thing, it seems important to refocus on one of the original goals of deinstitutionalization: providing community-based services. Ideally, these services should be more humane, more therapeutic, and more cost-effective than hospital-based care (Lamb and Bachrach 2001). In many cases, however, community-based services have either not been created or have failed to live up to expectations. According to Lamb and Bachrach (2001), remedies to this problem include having community-based services give mentally ill people individualized care, permitting mentally ill people (and their families) to assist in service planning, and offering inpatient care when needed. It is further argued that local mental health programs should be culturally relevant, open to change, and focused on providing a continuity of care. If these goals are attained, Lamb and Bachrach argue that mentally ill people and their communities will be greatly benefited.

Considering the amount of money and time that the criminal justice system spends handling mentally ill people every year, it only makes sense to divert some of these resources to community-based programs. Whenever possible, it would seem that offering treatment to mentally ill offenders would be better than having them sit in a jail or prison cell. In the meantime, law enforcement offices are making significant inroads in their quest to team up with mental health services providers in an effort to divert the mentally ill away from correctional departments. Despite such positive progress, however, much still needs to be done when it comes to helping those mentally ill people caught in the revolving door of the criminal justice system. While the policymakers behind deinstitutionalization over half a century ago may have had their heart in the right place, it is now our responsibility to find a way for all mentally ill people to truly be able to live with “the greatest degree of freedom, self-determination, autonomy, dignity, and integrity of body, mind, and spirit.”

Report to the President from the President’s Commission on Mental Health. 1978. Volume One. U.S. Government Printing Office, Washington, DC.