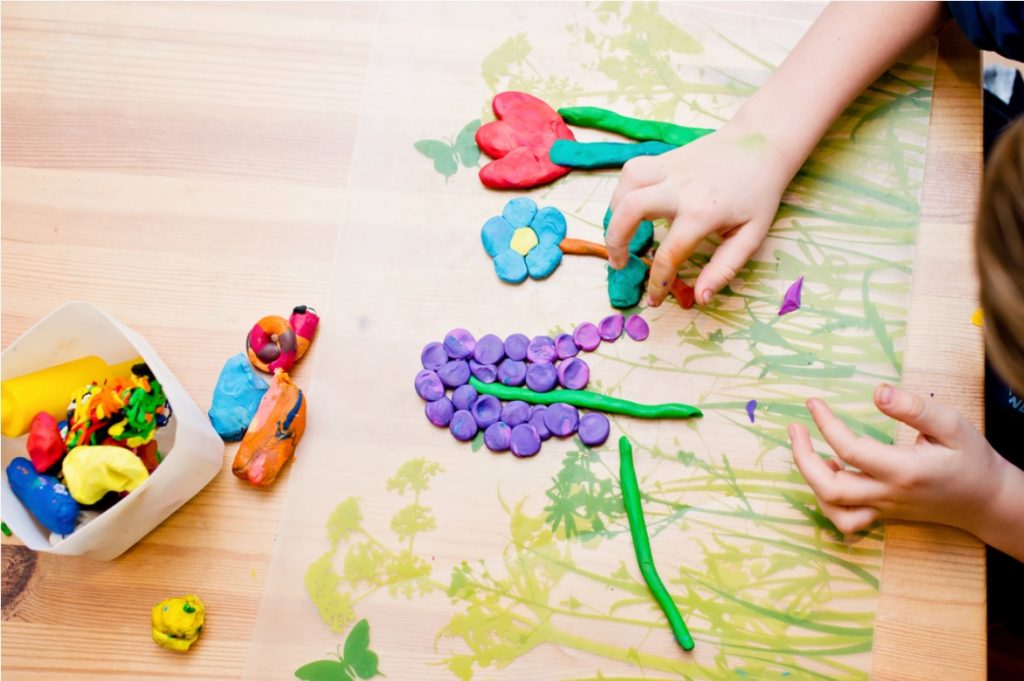 Children’s play is often viewed through adult eyes. We worry if children don’t get to play enough, and are often concerned that they are getting opportunities for the ‘right kind’ of play – they need to play ‘properly’ to grow up into ‘proper’ adults.  In developmental research, play is often described as a kind of stepping stone or building block toward something else. So when a child is throwing a ball to another child, professionals might see this as an opportunity to develop motor coordination, to learn social skills, to practice turn taking – but this is a million miles from how the child throwing the ball is experiencing it!  Generally, we adults understand the value and importance of child’s play through the eyes of our adult world. We are interesting in how play helps children become good adults, rather than in how they experience their play in the here and now.

In our article ‘Child’s Play: Children and Young People’s Resistances to Abuse’, we wanted to understand more about how play is viewed by children and young people, from their own point of view.  The article is based on interviews we conducted with 107 children from 4 countries about their experiences of coping with domestic abuse. We noticed in these interviews that play was very important to this group of children and young people.  In particular, we found them talking about playing as a way of escaping problems at home, and about playing when violence and abuse was happening in the household. They also talked about play as one of the creative ways that they found to cope with what was happening in their family.

One of the things that we noticed first about children’s description of play was that it was often limited by the coercion and control that is a common feature of domestic abuse. Sometimes, the abusive adult deliberately controlled how and when children could play, or actively prevented the child from playing at home. For example, one young person told us:

“Yeah and then if me and Tina are playing, he gets all angry and throw, like, yesterday he threw a Lego across the room cos he went angry just because me and Tina were mucking about …We’re only kids we’re allowed to play, and he don’t fucking understand that? It’s very annoying.”

Children also told us how play was a way they could find relief or an escape from this kind of controlling behaviour, through relationships with friends, by getting out into the outdoors away from the house, or disappearing into computer games. Talking about playing on the Xbox, another child told us:

They used their creativity and their imagination to create spaces for themselves to experience a sense of freedom and control, and to hold onto a sense of themselves as people.

In this way, we found that children were using their creativity and ability to play as a way of ‘remaking’ the adult world as something a little more child-friendly. For example, one of our young participants told us about playing on her own, hidden in a cupboard, when she was afraid:

“And when I’m at my dad’s I go and sit in a tight space in a bedroom where I can just like play stuff, like sometimes I play with my fingers and pretend I’m playing a game, ‘cause it just makes me feel happier, ‘cause I know, it makes me feel like I’m not alone”

Int: What sorts of games do you play?

Nancy: I play catch me, I play football, umm I just play friends

Int: What d’you mean, can you show me?

Nancy: ((Shows games she plays with her fingers)) ‘Catch me’ as in running around and the other one’s got to get you ((gestures two fingers from each hand trying to catch each other)). ‘Football’ as in playing dribbling ((gestures two fingers from each hand playing football)). ‘Friends’ as in you’re   just being friendly ((brings two hands closely together and interlocks at the knuckles)). It just makes me feel like there’s someone there.

Int: and when do you do that?

Nancy: When I’m scared, when I’m angry, when I’m alone and I don’t have any toys with me”

In the ‘tight space’ of a cupboard, she withdraws to soothe herself. Playing alone, she conjures up playmates, using her fingers to stand in for other children, who can play football, be friends, giving her some entertainment and comfort. She is able to resist the control and isolation of her home by creating friends for herself, using her imagination and her own body to produce comfort, warmth and friendship for herself.

When we suspend our adult view, and start to listen to children’s own stories about play, we can start to really understand how children experience their own worlds and what they are doing with play in their own context. This means we can see it as more than a tool or a symptom of the bad things that have happened in children’s lives, and can see it as part of their creative and relational world. Children’s stories about their play emphasise its importance for children coping with difficult circumstances. It stresses how important it is that children have access to play spaces, and that they be able to play free from adult interference at least some of the time. This is not to suggest that children will miraculously “play themselves better” after domestic abuse or other trauma. Many children do need adult support and help. However being able to play is an important way that children find to hold on to a sense of themselves when violence and other stressors are part of their lives. This point is made most eloquently by one young boy we spoke to:

Peter: Yeah. I got noisier.

Let’s find ways to help our children ‘stay noisy’. In their often over scheduled lives, space to play freely is so very important to them.

Jane Callaghan is the Director of the Centre for Child Wellbeing and Protection, University of Stirling, Stirling, UK. She is a psychologist and interdisciplinary researcher, with an established record of research in areas related to childhood, violence, family life, relationships, discrimination and exclusion, and mental health and identity.

Read the full research article for free until end January 2019