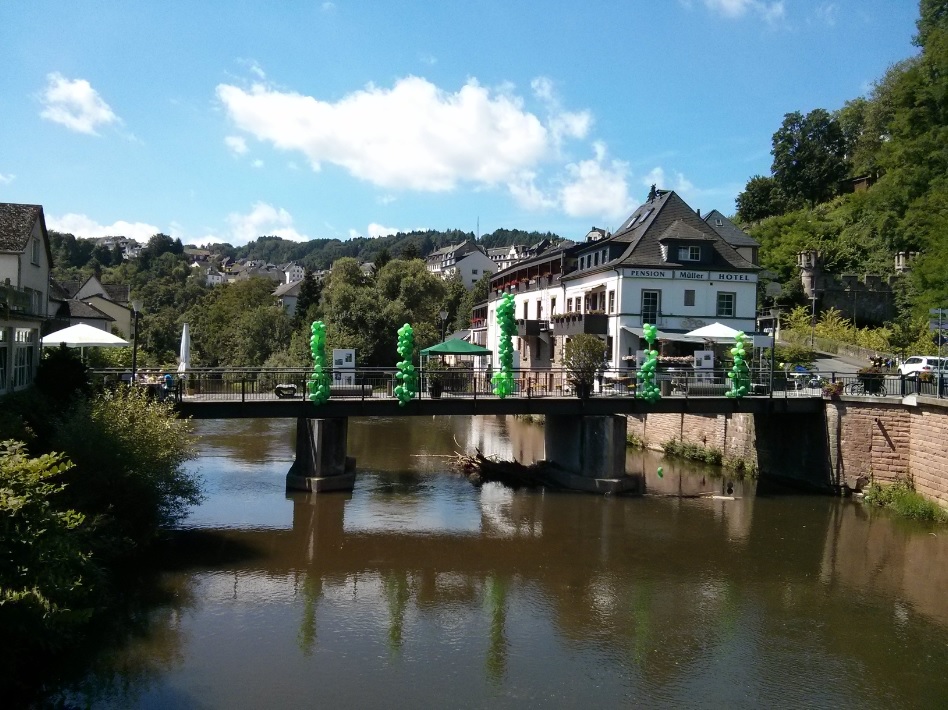 Villages are rarely seen as centers for innovation. However, empirical research shows evidence of innovative activities taking place even in crisis-shaken rural regions. Anika Noack and Tobias Federwisch consider three initiatives, which aim to overcome local problems with socially innovative ideas. In doing so, the authors reveal external impulses by intermediates as crucial for social innovation.

The rural municipality of ‘Kremmen’ (an anonymised name for the municipality involved in the study) was once a flourishing tourist destination in the Eifel – a beautiful volcanic mountain range in the State of Rhineland-Palatinate, Germany. Over the past decades, however, Kremmen suffered a tremendous drop in tourism, and thus became confronted with a high vacancy rate and an increasing resignation among the citizens. Against this background, several citizens launched an unconventional art and culture initiative to stimulate retail and tourism, to improve Kremmen’s overall image, and to restore the residents’ sense of pride. In doing so, they invited various artists and designers to temporally present their artworks in vacant properties and public spaces.

The example of Kremmen illustrates that even in sparsely populated and structurally weak rural regions, people can experiment with new, potentially innovative ideas in order to overcome local challenges. In this case, the initiators introduced the idea of temporary cultural usage of vacant houses in a rural context. Since these approaches are very popular in cities (especially in deindustrialized agglomerations such as Berlin; cf. Honeck 2015), we argue that innovative projects in rural regions can be inspired by knowledge and practices widespread in urban areas. Moreover, cross-border constellations of actors foster the intersection of the rural and the urban, which might strengthen rural-urban relations and the erosion of rural-urban antagonism.

In our article “Social innovation in rural regions: urban impulses and cross-border constellations of actors” we aim to contribute to a theoretical, conceptual and empirical discussion on social innovations in structurally disadvantaged rural regions. We referred to the current debate on social innovation, which is gaining more and more attention particularly in the field of rural studies and development (cf. Butkeviciené 2009; Bock 2012, 2016; Neumeier 2012, 2017; Dax et al. 2013; Esparcia 2014; Bosworth et al. 2016). Therewith, social innovation is seen as an instrument to address social problems and unmet social needs as well as a potential driver of regional development and structural change in rural regions (cf. Neumeier 2012:65).

The research on rural social innovation was based on the project “Innovations in Rural Municipalities. Conditions. Actors and Processes of Creative Community Development”, carried out by the Leibniz-Institute for Research on Society and Space. With the help of an ethnographic approach encompassing participant observations, problem-centred interviews, document analyses and quantitative household surveys, we were able to get a deeper understanding of rural social innovation in several villages across Germany – amongst them was Kremmen. Therein, we revealed the importance of external urban impulses and cross-border-constellations of actors in processes of social innovation in rural areas. Intermediaries often occupy positions between the rural and the urban, and thus might be familiar with heterogeneous actors and different bodies of (spatial) knowledge and practices. Those intermediaries are able to create cross-border constellations and enhance actors’ capacities for innovative collaboration and co-production. Insofar they organize an adaptive transfer of knowledge and practice from urban milieus to rural settings, they can be crucial for the development of socially innovative projects in the countryside. In other words, by drawing on knowledge and practices that are prevalent in urban milieus, intermediaries might influence the process of rural regeneration with new and unconventional means.

In the case of Kremmen, we identified a number of intermediaries with urban and rural backgrounds – amongst them the mayor of the municipality. Since the mayor spent several years in urban milieus, he was already familiar with the approach of temporary usages as a possible solution for vacant buildings – and able to transfer this approach to the rural Eifel region. In addition, the authors proved the importance of cross-border-constellation of actors for the arts and culture project in Kremmen. The actors established rural-urban partnerships and even transnational networks in order to develop the kind of heterogeneity necessary for generating innovative solutions.

Today, Kremmen has been revitalized, and is a location where young couples and families are moving to. Even the demand for holiday flats and art studios is soaring. For this reason, the initiators of the arts and culture initiative have been awarded for their local engagement. Kremmen is a model for the revitalization of crisis-shaken villages by a socially innovative initiative.