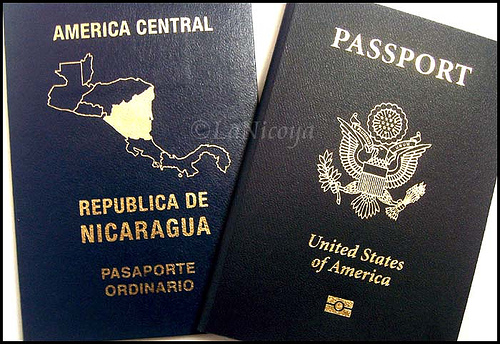 Article one, section two of the United States Constitution states “Representatives and direct Taxes shall be apportioned among the several States which may be included within this Union, according to their respective Numbers, which shall be determined by adding to the whole Number of free Persons,…The actual Enumeration shall be made …within every subsequent Term of ten Years, in such Manner as they shall by Law direct.” Thus, every decade an arguably rudimentary head count is taken across the country to determine state-by-state appointments to the House of Representatives, electoral districts, and appropriation of federal funds.

However, an occurrence of such regularity is not without controversy. Because the stakes are so high, and the possibility of achieving a completely accurate count is so low, debate rages on. The 2010 Census is no exception to this rule.

While the public is reminded by the advertizing blitz that “Everyone Counts” that question remains partially unanswered. And furthermore, what does it mean  not to count? The Constitution’s original text read “excluding Indians not taxed, three fifths of all other Persons” should be tallied. Of course this was later altered by the 14th Amendment but the truth remains that not all individuals who inhabited the Country were originally considered worthy of enumeration and some question whether or not this is still partially true.

A recent article in the Economist, reported, “David Vitter of Louisiana and Bob Bennett of Utah, led an unsuccessful attempt to add questions on immigration status to the new form,” additionally, “[t]he Democrats complain that poor people and non-whites are routinely undercounted….” The problem being, that while the census is meant to be a count without bias it never truly does and some would like for it to remain that way; dictating numbers based on status rather than physical presence.

In the most recent International Political Sociology journal, Forum contributors were asked to respond to Cynthia Weber’s multi-media project, “I Am an American”: Video Portraits of Unsafe US Citizens.”Weber’s project was inspired by the American Ad Council’s “I Am an American” campaign and with it she raised a variety of questions about the construction of national identity and citizenship. In his response to this endeavor, Peter Nyers tackles what is absent in the claim “I Am American” in a short piece entitled “Missing Citizenship.” In an historical moment when we are asked as a nation to account for ourselves, the idea of who we are not counting seems particularly poignant.

Nyers begins to unpack the statement “I am an American” by pointing to the notion of assumed citizenship in this statement without ever specifically evoking it. It is understood here that what it means to be an American has just as much to do with legality as it does the embodiment of an idea or place. However, in a society where being a good citizen is equated to being a good human, Nyers worries about the implications of that equation for those who are without legal status.

Nyers writes, “To understand citizenship is not sufficient to despair over citizenship’s exclusions; equally important is to investigate the claims about rights, membership, and belonging made by excluded populations.” In this sense, the larger point is not simply that individuals who are part of the United States population, despite legal status, are being ignored but that whether they are physically counted or not, they function within the “system.” They use and contribute resources; they play a tangible role in society.

In an effort to illustrate this point, immigrants and their supporters staged the “A Day Without Immigrants” in May of 2006. This specific protest is significant because it pushed to the fore the implications of real or imagined absence. Millions of individuals demanded recognition as political subjects through their absence.

In the American Ad Council’s PSA, citizenship is unnamed because the link between citizenship, nationality, and patriotism seem obvious. Weber contested this claim by illustrating the complexities imbedded in the idea of what it means to be an American. Being an American implies not only demographic diversity but also a certain multiplicity of status.  Nyers continues the work of Weber by showing that “I am an American’ is a claim to both citizenship and political subjectivity.

Read, “Census day: Stand up and be counted” in the Economist online