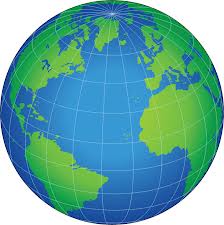 This week, Harvard University students are taking a stand against a controversial 2009 dissertation, “IQ and Immigration Policy,” which argues that Hispanics have lower IQs and develops contentious suggestions for U.S. immigration reform based on this assumption.  Jason Richwine, the author of the dissertation and currently a research contributor for The Heritage Foundation, ultimately recommends that U.S. immigration policy should be based on intelligence, excluding individuals with lower IQ scores and including individuals with higher scores. Though Richwine claims that he does not endorse ethnicity-based immigration reform, his use of IQs disaggregated by race and ethnicity raises questions about the intent of his work.

Over 1,200 Harvard University students have sent a petition to the University asking for an investigation into the approval of this dissertation. Though the students recognize that academic freedom is integral to any university system, they are troubled by the biological assumptions of racial superiority and inferiority that serve as the foundation for the IQ and immigration research. The students “…believe that putting forth claims of racial superiority based on inherent genetic advantage to be on par with those who have used pseudo-science throughout history to justify state-based hate.”

Harvard, on the other, seems to be standing behind the dissertation. David Ellwood, the dean of Harvard’s John F. Kennedy School of Government, publically stated that all dissertations are rigorously reviewed by competent and accomplished faculty members. Richwine wondered why students would think that they can determine the content of a dissertation, invoking his right to academic freedom.

The defense of this dissertation raises more questions than answers. First, I think it is important to think fully about the concept of “academic freedom.”  The 1940 Statement of Principles on Academic Freedom and Tenure, a set of principles which guide the U.S. university system, explains that teachers and researchers are entitled to have freedom over their classrooms and their research and should not be required to espouse any particular religious or political viewpoint. If this was the only sentiment of the 1940 statement, Richwine would have a sound case for academic freedom. But, this statement also reminds us that academic researchers speak from a position of authority and thus carry obligations when conducting research and reporting findings. In other words, with great power comes great responsibility. This means being responsible with our research questions. Why would Richwine ask a question about IQ differences across racial and ethnic groups? Haven’t we debunked research that claims superiority of the intellectual ability of some racial and ethnic groups over others? In addition to thinking about the assumptions behind our research questions, we should also contemplate how to use our research findings for social good. If there are IQ differences across racial and ethnic groups, why didn’t Richwine call for better education programs that would level out differences, rather than systematically exclude some groups from entrance into the United States?

In addition to questions about academic freedom, this case also brings to mind the responsibilities of the university’s institutional review board (IRB). All universities require that researchers, even those in the social sciences, take a course to ensure that we will not harm our research subjects. In addition to this course, our proposals are scrutinized for potential harm. Though social scientists often see the IRB as a hindrance (after hours of answering questions about medical harm and rewriting proposals in line with IRB standards, I have been known to hold this opinion, too), this dissertation reminds me of the importance of the review process and of the assessment of harm. Richwine’s findings have potential consequences, especially when race relations at the border are contentious and at times deadly. Richwine’s findings have the potential to fuel racist and ethnocentric thinking, provide justification for detentions at the border, and incite vigilantly justice against immigrants from Central and South America. While the harms are not inevitable, they are possible. Did the IRB consider these consequences when approving this research proposal?

These are the concerns and questions that come to my mind. What do you think about the students’ petition and their call for more investigation into this dissertation?

For more on race and science:

For more on the history of immigration policies: