The Personal is Political: Investigating the Environmental Breast Cancer Movement 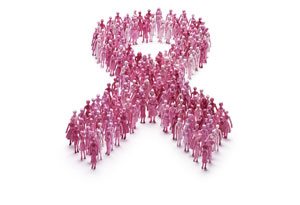 Angelina Jolie recently made a huge decision, choosing a double mastectomy to prevent what she and her doctors saw as an inevitability—breast cancer. She then bravely came forward with the decision, writing an op-ed detailing how she made the choice, trying to take away the stigma and fear many women experience. She describes not only the testing that she underwent, but also points to the inequities of breast cancer—that it happens in mainly low- and mid-income countries, and that even in wealthy countries, many women cannot afford the genetic testing or preventive care that she had. She also fights the notion that her post-operative body is now less feminine. I am grateful for Jolie’s willingness to speak up about her choice; I have a family history of breast cancer, and have personally known women who, even after diagnosis, struggle with the mastectomy choice, fearing that they will be less feminine, less attractive after surgery. Jolie’s op-ed is demonstrative of how the breast cancer movement specifically, and the women’s movement more generally, has affected our culture. Rather than viewing the disease (or in this case, its prevention) as a private issue, Jolie uses her experience to influence change. She makes the personal political.

Jolie’s decision and the public discussion she has reinvigorated provides us a chance to talk about the many facets of breast cancer. For all the discussion of the BRCA mutations and the increased cancer risk they produce, these genetic factors are only related to about 5-10% of breast cancer cases. And while the genetic influences are important, there are some breast cancer activists who want to change the focus from these individual level predictors, to other less-researched causes. I’m particularly interested in the environmental arguments, which tend to have less traction in public discourse.

Researchers Sabrina McCormick, Phil Brown, and Stephen Zavestoski (2003) have written rather extensively on a recently developed faction of the breast cancer movement, which they term the “environmental breast cancer movement.” These activists bridge the women’s health movement and the environmental movement by investigating the toxins and contaminants that they believe may be linked to increasing rates of breast cancers. Public health initiatives have tended to highlight individual factors—poor diet, smoking, lack of exercise—whereas these health activists desire structural explanations. I think that this is an important shift, especially from a sociology of knowledge perspective. First, the breast cancer cases that are explained by genetics and diet/exercise/behavior appear to be fairly limited, so restricting research to just these causes may not fully explain cancer rates. We may be missing opportunities to help the growing numbers of women who are being diagnosed with breast cancer every few minutes. But more important than just the question of accuracy is the question of responsibility. The predominant way of thinking about breast cancer has placed the responsibility on individuals to avoid cancer—eat better, exercise, find out your genetic risk, and seek medical interventions (mammograms, biopsies, surgeries) when necessary. But individual responsibility misses the mark in a couple of ways. Some people are unable to avail themselves of these “choices”—because of poverty, they may not be able to eat better or seek consistent medical care. And all of us are at risk of daily exposure to dangerous carcinogens in our food, bath and beauty products, and general environment (from air pollution, hydrofracking, radiation, etc.).

The environmental breast cancer movement’s approach moves the locus of responsibility from the individual or family (and their genetic contributions) to corporations and government institutions whose job it is (or ought to be) to ensure safety. This is more in line with the “personal is political” framing that was so important to the women’s movement, and early breast cancer activism. Finally, the environmental approach is open to intersectional analyses. For example, we know that lower class families and minorities are more likely to suffer higher exposure to environmental toxins. Additionally, these groups are less likely to be able to afford expensive genetic testing and preventive surgeries. By focusing on these other explanations, we can serve underprivileged groups, and encourage institutional changes that help the disenfranchised. How might we influence the conversation that Angelina Jolie has opened up? How can we push science and medicine to be more in line with social and environmental justice?

McCormick, Sabrina, Phil Brown and Stephen Zavestoski. 2003. The Personal Is Scientific, the Scientific Is Political: The Public Paradigm of the Environmental Breast Cancer Movement. Sociological Forum 18(4): 545-576.