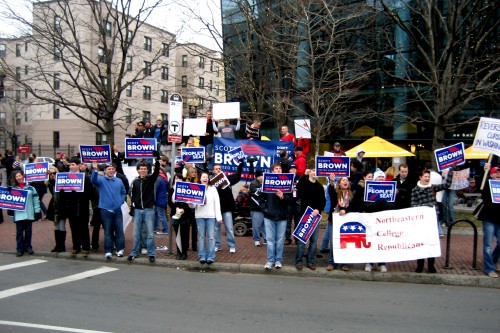 Last week, Senator Edward Kennedy’s long-held senate seat went to a Republican, Scott Brown and marked what will likely be the beginning of the end for the health care reforms – changes that were likely to pass if this incredibly close race had gone to the Democratic candidate. This election, or more accurately, the discourse surrounding the “big Republican win”  is, in many ways, the tipping point toward more conservative fiscal and social policy. In The Tipping Point: How Little Things Can Make a Big Difference, Malcolm Gladwell reinforces a principle central to sociology: the environment affects individuals’ behavior, Further, he claims change often happens quickly and in unpredictable ways. In particular, Gladwell shows how little things like graffiti on the subway or broken windows in a neighborhood can actually be the factor that pushes people over the edge into criminal behavior. Likewise, changes to the environment such as clean subway cars and orderly physical structures can prevent crime. In other words, it’s not character or psychology, but the environment that makes the actor act. Similarly, Brown’s campaign, which was particularly focused on blocking health care reform, with slogans indicating just that, and his surprising win of a traditionally democratic senate seat became a visible icon for frustration with the current state of political affairs and possibly with the President himself. This likely will be a watershed moment when the media refrains from the last year of discussion of the death of the Republican party and instead picks up on the undercurrent of frustration and disappointment with the incumbent party, alluding to the possible ousting of the Democratic majority in congress.

My purpose here is not to assess Gladwell’s “broken windows” or “tipping point”  theory, but rather to suggest that there are many situations, some much more ephemeral, that call for an examination of the “environmental” or “aesthetic” influences on individuals. In this case, I would like to suggest that, aside from the very real and objective consequences of the loss of Kennedy’s senate seat in 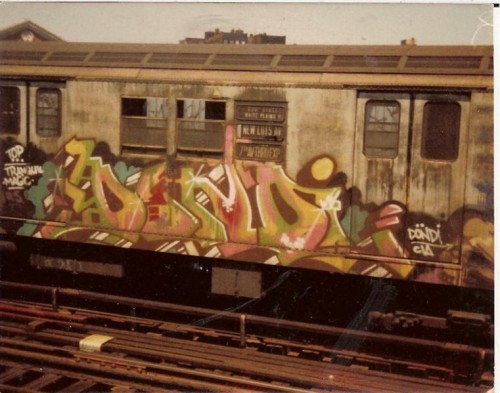 Massachusetts to a Republican – the reality is that the filibuster-proof senate is no longer a stronghold for the Democrats – seems to have had a tipping-point-like effect of this event. Yes, every senate seat is important, but in the grander scheme of things, this is but one of the one hundred seats in congress. However, the message or appearance of this one loss for the Democrats or perhaps this one win for the Republicans is really the damaging element here. Even before Brown won his seat, the pundits launched into predictions that a vote for the republican candidate was a vote against health care and the Democrats more generally. It may also be a vote against the high unemployment rates, but the graffiti, so to speak, in this situation ensconced people in a sense of revolt against health care reform and the conversation this election and Brown’s visible campaign catalyzed is one that is very different than the discussion even one week before this shift in the balance of the senate.

In sum, the feeling that Republicans are on the rebound and that Democrats are in trouble and that health care reform is an impossibility, now, was sparked by this election of Scott Brown in Massachusetts and is much like the graffiti on the subway walls that plagued the MTA in the 80’s (the negative connotation, of course, is felt by the Democrats alone). In other words, aside from the “reality” of what Democrats lost or what Republicans “objectively” gained, what was most important about the election of Brown was the message it sent to Americans and to the rest of congress. This could have been spun as just one election, which, in the grander scheme of things, is not the end of the Democratic party or necessarily the end of any health care reform, but it seems to have become the broken window constantly reminding people of all the ills of revamping the health care system. It has, perhaps, pushed Americans who were on the brink, unsure of which partly to support about reform, to think that Massachusetts citizens are the voice of the nation now.

A New Search for Consensus on Health Care Bill

The Sociology of Political Representation and Deliberation