A Brief Examination of Neoliberalism and Its Consequences in sociology 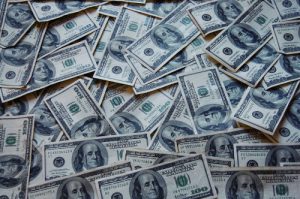 Starting in the second half of the 20th century, neoliberalism became increasingly prominent as a form of governance in countries around the world (Peters 2001). Originally, the roots of neoliberalism were planted by a classical political economy theory which advocated for markets (and thus people) to be completely liberated from any type of governmental interference (Smith 2009). “Free” competition and “free” enterprise were promoted as manners in which economies should be allowed to grow. Martinez and García (2000) contend that this “liberal” type of economic theory began to be adopted in the West throughout the 1800s and into the early part of the 1900s.

The Great Depression of the 1930s and the development of Keynesian economics, though, temporarily slowed down the advancement of liberal economics. In recent decades, however, economic liberalism (or, neoliberalism) has seen a revival on a truly global level as countries around the world now either choose or are forced to engage in neoliberal governance. As a result of the growing hegemonic prominence of neoliberalism, there have been vast changes at the national-level, the international-level, and the individual-level.

Neoliberalism at the national level

At the national-level, neoliberal ideas have drastically changed how states operate. By heavily promoting market-based economies that highly value competition and efficiency, neoliberalism has moved countries closer to adopting social Darwinism. Under Thatcher and Reagan, for instance, Peters (2001) argues that neoliberalism directly led to the economic liberalization/rationalization of the state, the restructuring of state sectors, and the dismantling of the welfare state. As a consequence of these changes, the U.S. and the U.K. have seen things like the abolishment of subsidies and tariffs, the corporatization and privatization of state trading departments, a sustained attack on unions, and the individualization of health, welfare, and education.

Although the idea that markets should fully dictate governments would have seemed ludicrous in prior decades (George 1999), Bourdieu (1999b) contends that neoliberalism as a form of national governance has become a doxa, or an unquestioned and simply accepted worldview. Harvey (2005) is thus not surprised that the ideas of capitalism have been infused into political, social, and cultural institutions at the state-level. By placing a mathematical quality on social life (Bourdieu 1999a), neoliberalism has encouraged formerly autonomous states to regress into penal states that value production, competition, and profit above all else, including social issues.

Neoliberalism at the international level

At the international-level, George (1999) argues that neoliberals have focused on three primary points: free trade in goods and services, free circulation of capital, and freedom of investments. Thus, neoliberal globalization means that there has been an emphasis placed on exchanges across national borders, financialization, and the development of international organizations as well as a transnational civil society (Bandelj, Shorette, and Sowers 2011).

With the help of the International Monetary Fund and the World Trade Organization, George contends that advocates of neoliberalism have essentially forced many countries to accept this framework. Such acceptance means that more states are now tacitly agreeing to promote the rule of the market, severely cut public expenditures, reduce governmental regulation, and embrace the concept of individuality even if this means casting millions (if not billions) of people aside and regarding them as “losers” in a zero-sum game (Martinez and García 2000). By adopting such an economic worldview, George warns that it is likely that the North-South gap and global inequality are likely to become more exaggerated in the years to come. Because neoliberalism leads to the globalization of financial markets (Bourdieu 1999a), it can further be expected that economic crises—built on the backs of short-sided neoliberal policies—will become more common and catastrophic.

Neoliberalism at the individual level

At the individual-level, neoliberalism insists that rationality, individuality, and self-interest guide all actions (Peters 2001). In fact, neoliberalism often views itself as a global social science capable of explaining all human behavior since all behavior is thought to be directed by logical, individualistic, and selfish goals. Neoliberalism’s focus on the individual means that ideas related to things such as “the public good” and “the community” are now being discarded as unnecessary components of a welfare state (Martinez and García 2000). Unsurprisingly, then, unemployment, inequality, and poverty have become increasingly blamed on individuals rather than on structural constraints (Passas 2000).

Because we are turning away from the role of the community and instead focusing solely on individuals, Bourdieu (1999a) contends that social problems like suicide, alcoholism, depression, and domestic violence will consequently become increasingly prominent. Still, the outward attractiveness of individual freedom, prosperity, and growth makes it challenging for the public to realize that neoliberalism is designed to benefit only a very small class of people (Harvey 2005). Such a worldview also makes it easier to justify the thought that some people are deserving of much more than others because, after all, it is a common refrain that we are all responsible for our own destinies. 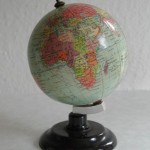 As this brief description of neoliberalism and its repercussions show, this ideology has led to many changes at the state-level, the international-level, and the individual-level. Such changes include the dismantling of the welfare state, the growing reality of global inequality, and the individualization of all actions.

In spite of such negative outcomes, George (1999) argues that the hegemonic nature of neoliberalism makes it seem like the only possible economic and social order available. As a true doxa, neoliberalism has become an unquestioned reality as it now seems almost logical that the markets should be the allocators of resources, that competition should be the primary driver of innovation, and that societies should be composed of individuals primarily motivated by economic conditions (Coburn 2000). Against the onslaught of neoliberal ideals, some scholars such as Bourdieu and Harvey have argued that the populace must rise up and resist this ideology. With the effectiveness with which neoliberals have pushed forward their ideas, though, such an uprising seems unlikely at least in the near future.

Bourdieu, Pierre. 1999a. “The ‘Myth’ of Globalization and the Welfare State.” Pp. 29-45 in Acts of Resistance: Against the Tyranny of the Market. New York: The New Press.

Bourdieu, Pierre. 1999b. “Neo-Liberalism, the Utopia (Becoming a Reality) of Unlimited Exploitation.” Pp. 94-105 in Acts of Resistance: Against the Tyranny of the Market. New York: The New Press.

Martinez, Elizabeth and Arnoldo García. 2000. What is “Neo-Liberalism?” A Brief Definition. New York: The New Press.