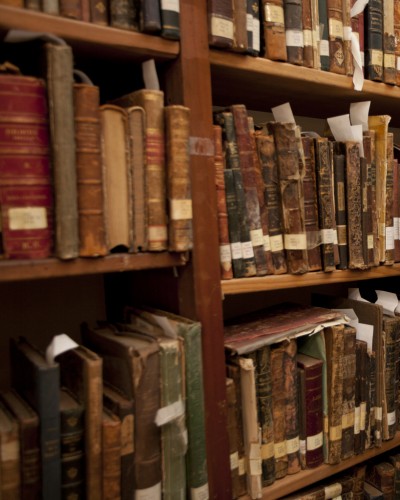 Officials need to be held responsible for recognizing and acknowledging systems of inequality and injustice within their organizations. As leaders, as deans, as CEOs, as presidents, as the heads of operations for companies, educational institutions, governments, etc. individuals and teams of individuals holding leadership positions should be held accountable for the systems of inequality that are allowed to persists under their leadership. A now infamous example of such an instance is the University of Missouri’s former president Timothy Wolfe. Wolfe’s resignation came from the culmination of inaction from a series of events that promoted racial inequality on his campus. It was not until the university faced extreme financial obligations from an impending fine did Wolfe finally resign as opposed to resigning for the reasons initially called for which was the recognition of racial prejudices and overt discriminatory acts that were happening throughout the campus.

This call for recognition is by no means a call for blame. Rather, this call for recognition is a call to action by often weary observers of such injustices. When individuals are in subordinate positions or are in circumstances that do not necessarily let them speak out against witnessed discriminatory acts often it feels as if there are options of reprieve.  Sometimes due to power imbalance or risk of losing their jobs, or funding, individuals in subordinate positions of power do nothing not because they wish it but because there is no feasible alternative. However, when individuals bear witness to such acts it because tiresome and weary for the individual to continue on as if proceedings are occurring as normal. It was these types of racial injustices on the University of Missouri’s campus in the 2014 and 2015 academic semesters that were occurring and the students and most faculty could not allow or afford to go unnoticed. It was the initial violent act of Michael Brown’s death that occurred in the summer of 2014 in Ferguson Missouri that incited heated racial tensions on Mizzou’s campus. It was the continued allowance of such events to occur that led to the former President’s resignation.

The gist of what the students and some of the Mizzou  faculty wanted from then-President Wolfe was the recognition of such racial acts as racial acts of discrimination and violence and then some form of action  form the university establishment as to what would be done to fend off perpetrators of such acts. The university refused to do this even though several official campus organizations called upon the university administration and President to do so. After the culmination of a years of events, other campus organizations started getting involved and when Black football players noted they would sit out of an upcoming game it got some university officials attention. It was not until the rest of the football team and its coach and assistant coaches publicly announced that the football team stood as one and were willing to sit out of an upcoming game did Wolfe do something about the events that had been occurring and resigned. The call for Wolfe’s resignation came out of his prolonged inaction. The students were not initially asking for Wolfe’s resignation but when the racism became so overt on campus and the administration and President still did nothing to thwart it, one graduate student, Jonathan Blake, begin a hunger strike against the acts and called for Wolfe’s resignation. It is important to note that the impending fine the university would incur on behalf of the football teams’ strike is what prompted Wolfe to resign and not Blake, who pledged to go on a hunger strike until his resignation which by that time Blake was already days into the strike.

This example of inaction is one of the more extreme examples that has been publicized in current years. Although race is till such a topic of indecisiveness in America, it is not a topic that is going to go away anytime soon and ignoring the problem all together is no way to lead. As it is the responsibility of a leader to make decisions that will positively affect the group or institution, it is also the responsibility of the leader to take action against known occurrences of injustice and discrimination. It is the responsibility of the leader to legitimize claims of injustice and work towards solutions or policy that will change the current environment of the institutions to one that does not tolerate such disruptions and corruptions of the environment that the setting is supposed to promote. One current example of this would be at another educational institution, the University of Oklahoma where its President took swift action to establish the type of institution that he intends to lead.

In the spring of 2015 Oklahoma’s Sigma Alpha Epsilon (SAE) chapter was brought to national attention because of a racist chant that was recorded and went viral. The fraternity was reprimanded swiftly and appropriately due to the actions of David Boren, the university’s president. The president closed the chapter on campus and also issued a two day notice for all members in the SAE campus house to be vacated without additional housing opportunities to be provided by the campus. In addition to his display of zero tolerance for racist acts on campus, Boren was responsible for expelling two students from the university who were recognized in the video. The national organization of SAE also closed the Oklahoma chapter and Boren has since publicly stated that as long as he remains the President of the University of Oklahoma that SAE will not return to campus.

This is an example of leadership responding to racism and implementing actions that set the tone of the university environment which is one of learning and equality. Boren sent a clear message through his actions and capacity as president that discrimination and racism is not tolerated on Oklahoma’s campus and quickly dealt with the overt racist act. For a leader to demonstrate this intolerance for discriminatory practices promotes an environment of calling out such acts and deters such acts from happening. This is an example how a leader can have a reactionary response to an occurrence of injustice and still be effective in promoting the main messages of the university while combating injustices and giving a voice to and setting a precedent for its minority members. Leaders have a responsibility in recognizing systems of injustice and promoting the values in which their institutions are most likely to succeed—for all its members.