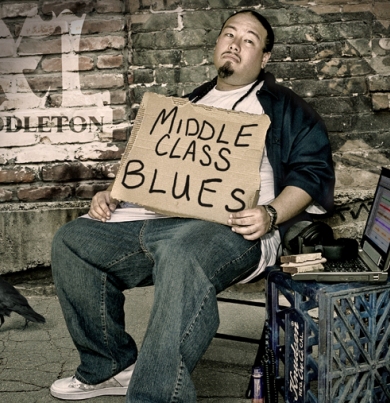 “Somebody who’s fallen from the middle class to poverty, in my opinion is still middle class.”  Mitt Romney, Republican presidential candidate, made this statement on a talk show a few weeks ago.   Bloggers ridiculed the comment as nonsensical.  I admit I too was tempted to just call Romney an idiot (again) and move on.  But, as I’ve been watching politicians in a society of growing inequality and high unemployment struggle with the concept of class while desperately trying not to alienate any potential voters, I’ve begun to see these comments as teachable moments regarding class.  Here I will offer some possibilities of Romney’s meaning and more importantly employ this statement to discuss the concept of class.

A generous reading of Romney’s quote is that people whose incomes recently fell below the poverty line, still retained middle-class knowledge and credentials (i.e. cultural capital) and social connections (i.e. social capital) even though their economic capital likely declined.  The durability of class status remains an important feature of America’s class structure.  Capital (or resources we can employ to cushion hard times and gain advantages and opportunities) often goes unmentioned when poverty is calculated solely by income.  Long ago, Max Weber highlighted these aspects of social class to broaden the concept beyond what he viewed as a limited materialist perspective.

Of course, anyone watching the Republican primary might view the above reading as absurdly generous.  Instead, the more likely underlying concept is the time-honored tradition of separating the deserving poor from the undeserving poor.  Casting “the poor” as deviant serves to legitimize a system of inequality wherein most politicians find themselves concentrated at the top.  As Karl Marx once noted, every economic order produces legitimizing ideologies.  Meritocracy, a key aspect of capitalist ideology, equates a structural position, like class, with individual morality.  In this way, Romney’s statement posits that middle-class is an individual moral attribute and not a feature of a social system.

At the Republican debates demonstrate, politicians struggle when addressing class beyond vague allusions to the great middle-class.  However, casting the poor as undeserving is an increasingly risk-free strategy for politicians as few self-identified poor people vote and the poor are by no means organized.  On the other hand, the possibility of offending people – some of who are poor or were poor or know someone who is poor or liked a fictional movie character whom was poor and/or could imagine a poor person they might not despise – provokes caution among politicians.  As a result, politicians are likely to point to a category of deserving poor.  Providing a loop hole for some people in poverty adds to the durability of the “undeserving poor.”

Class analysis is crucial to understanding the economy and the role of politics in conditioning economic outcomes from differently situated persons.  Politicians do our nation a service when they remind Americans that income is not the sole measure of social class and may do a poor job of predicting the relative benefit/cost of a specific tax measure, spending proposal, or shift in regulations.  At the same time, class is not an individual attribute, it is not freely chosen by sheer will power and cannot be altered by an improved attitude.

In a recent article, Archer and Orr (2011) note, “…class and collective identification should be treated as separate theoretical concepts.”  Such a theoretical separation allows us to understand how subjective class identification and an academic analysis of class (i.e. one based on empirical data and tested causal models) may explain different kinds of outcomes – like the effect of a political campaign message on the one hand, and the effect of a tax cut on the other.  Furthermore, this separation allows us to consider how different correlations between the two lead to different political environments.  For example, if anyone can claim middle-class status is the society more likely to expect and demand a middle-class lifestyle?  Would our politics benefit from an acknowledgement that the formerly middle-class or those with middle-class cultural and social capital have different interests than the poor?  For example, debt forgiveness of student loans might benefit large portions of the recently “fallen into poverty” class while having little effect on those who have lived in poverty their entire lives.  Finally, we might consider how changing the importance of family wealth, by eliminating college tuition for example, might not simply alter the class structure and class interests but change the importance of social class and self-identifications.

Class Identification in Review: Past Perspectives and Future Directions by Patrick Archer and Ryan Orr