The Conundrum of Animal Rights 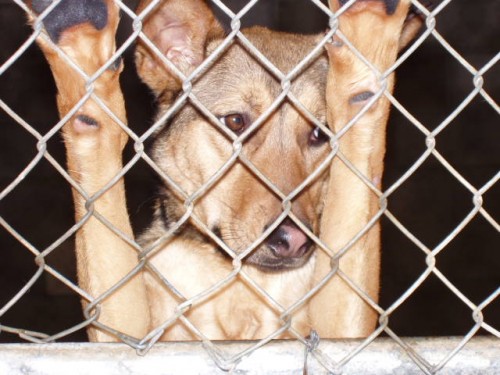 While leaving the gym this morning, I came across a dog that was left in a car with all of the windows sealed shut. Although it was by no means a hot morning in the southern New Mexico desert, the sun was nonetheless beating down directly on the car; by any indication, the panting dog inside was anything but comfortable. I decided to report the situation to the owner of the facility, only to be shrugged off with a flippant, “what do you want me to do about it?”

I ended up calling the police. Within minutes an officer responded to the scene and issued a citation to the couple that had left their dog in the car. Having two older sisters that are veterinarians, I realized that the animal, while not locked in the automobile for too long, may have suffered from minor heat stroke and should probably have been taken to the vet as a precautionary measure. The dog’s owners, however, merely cracked open the window and went back into the gym to resume their exercise routines.

Such treatment of pets, and animals more generally, seems far too common; and most likely, this dog’s owners probably did not think their actions equated to animal abuse any more than Archie Bunker thought that his routine slurs were racist. In many ways, this entire situation speaks to the larger question of whether animals actually have rights. Lyle Munro’s recent examination of the animal rights movement “in theory and practice” speaks to the fact that our understanding of the issue is empirically poor. In the article, he recommends a greater working partnership between research scholars and animal activists.

As social scientists, we would undoubtedly benefit from a greater empirical understanding of the animal rights movement, although the underlying theoretical conundrum will persist: Do animals actually have rights? Perhaps Joel Best put it best when he once told me that the animal rights movement will never truly succeed because too many people like hamburgers. We do, after all, slaughter a wide variety of animals for a whole host of reasons: consumption, material goods, overpopulation, and the list could go on. Presumably if given their choice, these animals would have passed on their contributions to human survival and happiness. On a smaller scale, many pet owners like myself effectively keep their animals as captives of sorts, even if mine seem content with their full bellies and excessive sleeping. In my own research on zoophilia online communities (see Maratea and Kavanaugh for how this relates to new directives in deviance research), I found that many zoophiles posted statements that mainstream animal lovers like myself actually violate animals’ rights if we support the “Bob Barker approach” to spaying and neutering, and, more importantly, if we refuse to satisfy the sexual needs of our beloved animal partners. Like you (presumably), I scoff at such a ridiculous notion. Yet, this example, however distasteful, speaks to the difficulty in uniformly defining whether animals have rights (which they cannot possibly comprehend).

Most animal lovers will probably agree – to varying degrees – that we should protect animal welfare. Rights, however, are a tricky concept; they are purely human constructs that are applied in an entirely subjective manner. For example, the idea of universal human rights might exist on paper, but has certainly never been achieved in practice. How then, does a species that cannot objectively respect the rights of other human beings reconcile whether life forms that are largely considered inferior are endowed with similar innate rights?

The Animal Rights Movement in Theory and Practice: A Review of the Sociological Literature by Lyle Munro

Screwing the Pooch: Legitimizing Accounts in a Zoophilia Online Community by R.J .Maratea

Deviant Identity in Online Contexts: New Directives in the Study of a Classic Concept by R.J. Maratea and Philip R. Kavanaugh