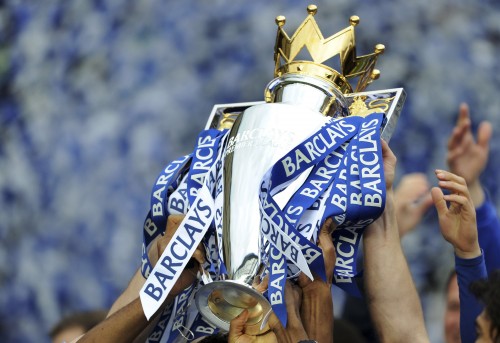 Football is England’s national sport. It’s played in every city, town and school in the country. The English Premier League is the richest league in the world. For millions of English fans who contribute this wealth, watching football either live or on TV is effectively a costly tax on their devotion to their club. Why then does England lose to smaller nations with fewer players and less money to invest in talent?

Britain is the world’s sixth largest economy and a global finance centre, home to 104 billionaires. According to neoliberal economic theory this money should be percolating down through our social strata. For example, if a super-rich oligarch buys a multi-occupancy property in London,  the theory is, when he develops the property he generates jobs for an army of architects, builders, interior designers and estate agents whose own economic spending power is enhanced. Similarly, while the oligarch’s in town hoteliers, restaurateurs, bar-owners, personal trainers, personal shoppers all benefit from his taste for luxury. London’s status as a hub for the financial elite should be benefitting everyone. Yet why does the UK’s richest five families have a greater combined wealth than the poorest twenty per cent and why are 6.7 million of the 13 million people in poverty in the UK are in a family where someone works?

The answer to all these questions is the same, wealth doesn’t trickle-down. The winner-takes-all  Premier League is a metaphor for Britain’s inequality.  Less than 1% of the £5.6bn the Premier League receives from TV revenue alone is transferred to grass-roots football. Player wages has risen to £2.2bn a year; this level of financial inducement means the Premier League attracts the best players and the richest owners from around the world; the money from the Premier League is, in Urry’s (2014)  phrase “offshored”.

The sums are so far removed from the cost of living that they’ve become meaningless. As Yaya Touré showed when, despite being on £240k a week, he said he’d leave Manchester City because his birthday cake was disrespectfully small; a footballers wage figure is only one of many measures of respect. Premier League teams also acquire exceptional children before they become mature financial assets and, unless they are able to challenge the world’s elite for a first place team place, more often than not, as adults they are released to lower division clubs. The result is fewer than 1 in 3 players is the Premier League is qualified to play for England so the England manager has around 70 players to pick from many of whom do not play regularly but are instead rotated within a squad.

Thomas Piketty’s popular and influential  Capital in the Twenty-First Century argues similarly money isn’t trickling down through our economy. Instead the international super-rich accumulate more wealth from saving and investing these savings which generate, for them, further income. The one-percenters, Piketty tells us, are not putting their wealth to productive use but offshoring it by leaving it in tax havens where there’s  an estimated $21trillion, enough to wipe-out Africa’s debt. He argues we have to get used to a rentier, patrimonial elite that is seeking consolidate itself; pass its wealth to its offspring rather than risk it. This, for him, explains stagnant social mobility in the UK. A common neoliberal justification for inequality in a market economy is that income distribution merely reflects productive contributions and so is based on natural justice. If Piketty’s right, alternative myths are required.