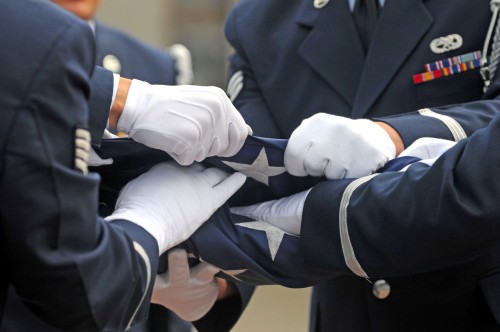 The U.S. Department of Veterans Affairs handles the claims, benefits, and memorial services for veterans as well as provide services for their spouses and dependents. However a long-standing problem with this office is the expected turn around with claims processing that often leaves many veterans and their families without adequate healthcare or other benefit support. Given the debate in the United States with the Affordable Care Act and its comparability to other Western Hemisphere countries that have initiated universal healthcare, the U.S, Department of Veteran Affairs offers juxtaposition to U.S. healthcare and other countries’ initiatives as well. With the public support for the troops in Operation Enduring Freedom (OEF) and Operation Iraqi Freedom (OIF) wars it seems there should be an equal amount of support for veterans’ benefits and policy implementing access to said benefits.

The individuals who enter into military service sign a contract and upon honorable discharge from that contract are entitled to benefits in accordance to their retirement status from active duty. Presently with the VA backlog however many veterans and their families are having to wait years to see any evidence of these benefits. The VA Backlog is the unusually slow processing of veterans’ claims to the U.S. Department of Veterans Affairs (VA) office in which veterans can file health claims for compensation from the VA. These claims are a benefit that veterans receive as a result from their military service. This is an entitlement bestowed upon veterans, yet there is insufficient output for the claims of veterans. The backlog has been an issue for a number of years as it delays veterans, their spouses, and their dependents access to rightful benefits.

The VA official website has the breakdown on the Claims Backlog and while the number of unprocessed claims has decreased in recent years, there is still a substantive amount of claims that have yet to be processed. Military Times reports that the backlog is not going to be going away any time soon, despite initiatives by the VA to eliminate the backlog. One possible reason for the backlog might be because of the uniqueness of these last two wars, the longest running in American history. OEF and OIF have been characterized by multiple and more frequent deployments which causes more stress on the active duty personnel and their families (Ruzek et al. 2011). When individuals transfer from active duty to veteran status they deserve and are entitled to better treatment by their government than waiting up to four years for a disability claim to be processed.

A report commissioned by the U.S. Department of Defense shows that the veteran experience from these wars are drastically different from American wars of the past. These are America’s longest wars and more people have been deployed more frequently than ever. The findings indicate there is much research to be conducted on the stresses of the veteran and the family as well as various socioeconomic factors from this preliminary assessment.

The Obama Administration has discussed increasing its commitment to veterans, active duty military personnel, and military families. However despite White House administrative efforts, a backlog that reached its peak in 2013 of more than 600,000 unprocessed claims is no easy task to eliminate.

Since the backlog began being recorded in 2009, The VA has shown public initiative to decrease and eliminate the backlog with 2015 being the target year. As 2015 has come and gone and there are more than 80,000 claims in the backlog it is unlikely that the VA will ever eliminate its backlog. The VA is understaffed as it has been subjected to numerous budget cuts and the claims processing and procedures is ineffective at best. VA leaders have addressed this in the seven years since the organization has been tracking its backlog but little progress has been made. Projections to end the backlog were made in conjunction with projections for U.S. troops’ removal from OEF, neither which have come to fruition. As a recent solution, mandatory overtime has been implemented on the claims processing employees but this has only caused a slight decrease in the backlog. The solution is more employees and better processing procedure, something that is definitely easier said than done.

Veterans have been filing official complaints with the federal VA and state VAs but to no avail. Many veterans have taken to social media to describe some of the letters they receive from the VA that offer little comfort as to the basis of their claim being denied after waiting multiple years for a decision. To most effectively portray the situation this puts numerous veterans and their families in I have inserted excerpts from veterans from various social media sites. I have kept the posts anonymous.

“I filed my claim on February 16, 2011.  I received my appointment dates in January of 2013.  So I waited almost 2-years just to get my C&P appointments, that is unacceptable and the VA and our Government should be ashamed.  I still have not heard any decision on my claim and I have waited a total of 2 years, 1-month and 12 days.  When is the backlog going to end?”

“Yes, it’s not life threatening.  Sometimes I feel stupid or like I should feel “lucky.”  It’s just hearing loss, after all.  Over two years ago, I started the process to get benefits due to my ongoing and ever-increasing hearing problems.  This was at the Miami VA.  I was denied.  They said they couldn’t prove it was a result of anything that happened in the Navy.  It’s not like I was exposed to constant vibration in the engine room, even with the earplugs.  It’s not as if I just got old – this was an issue 4 years after I left the service.  You get the idea.”

“I appealed.  That appeal just got denied again in January 2013.  I’ve moved twice since then.  (I’m now in the Cleveland, OH. VA district.)  They did another hearing test in December:  I was told I hear 1 out of every 3 words incorrectly.  (Additionally, I was told by the VA Chapter 31 Education Rehabilitation counselor that I’m “unemployable” at this time so I can’t get retrained to get work.)Have you ever tried to hold down a job when you can’t really understand what the people around you are saying?  I tried getting help with the appeal from the Akron VSC – they are pretty much useless (which I’ve been told by others).  If I lived in Cleveland, Columbus or almost any other city/county in Ohio, I’d be better off.  I’ve given up completely.  I don’t have money to fight this, or the patience (as I also have various depression and anxiety issues).  I don’t know enough about the legal system to go it alone.  And make no mistake, that’s exactly how it feels – alone. Well, that’s about it.  This probably won’t help at all.  It just feels good to let someone, anyone know that might understand. So, yes, it’s not terminal.  It’s not even that awful, considering.  Tell me that when I’m at a movie, or in a crowded restaurant trying to pick out one voice from the crowd. Or don’t.  I won’t be able to hear you …”

“After a long 391 day wait for my initial claim. I finally received a completed claim. Now, I go on to fight another battle with the VA… the appeal. After a year it is still in the beginning stages of the appeal process. I have written to my congressman and senator, multiple times. They still have yet to answer any of my questions or speed up the process. The main question I had was in defense of all veterans in my state. (Why does one of the smallest states in the U.S. (Maryland) have the most backlogged claims out of any other state?) These elected officials still have yet to answer that question. I am beginning to think that going to the media is the only way to get things done around here. God Bless Veterans!”

“*Pictured Left: Two babies. *Pictured Right: Young children perhaps 4 and 6 years of age. The most noticeable changes happen as a child grows. This is when the claim was submitted, and once it was finished. It’s not always only a veteran who is affected by the extreme backlog. Families are affected too. #EndTheVABacklog”

“I initiated my claim while still on Active Duty.  The #975 comes from my ETS date to today.  I have been fighting with the VA every day since.  They continue to lose my paperwork over and over again, despite having it all on hand.  I only want to submit this paperwork, but the process of appeals has left me with paper in hand for over 18 months.”

“We veterans need to stand together and MARCH on Washington. Only then will Congress and the VBA take action. I read the VA’s Monday Morning Workload reports and understand the challenges of reducing the claims backlog. Per VA’s ASPIRE dashboard, the Atlanta Regional Office has a claims processing time (FYTD) of 321.6 days. Really! My initial claim is 500 days old and has lingered in the Development Phase over 420 days. As a broken down OEF vet who retired with 21 years of service to this great nation, believe me when I say we veterans deserve BETTER. It is time to MARCH and make our demands heard. I believe that when a million plus angry vets march on Washington, Congress and the White House will have no choice but to listen.”

Given the initiatives of the Affordable Care Act in the U.S. and given the public support for the U.S. troops one would expect public support and a more substantial difference in the VA claims backlog that prevents so many veterans and their families from receiving entitled benefits. What is clear is that healthcare and benefits for active duty service members, veterans, and their dependents require much needed and effective change.

Preliminary Assessment of Readjustment Needs of Veterans, Service Members, and Their Families – See more at: http://iom.nationalacademies.org/Reports/2010/Returning-Home-from-Iraq-and-Afghanistan-Preliminary-Assessment.aspx#sthash.K9dVCDQl.dpuf