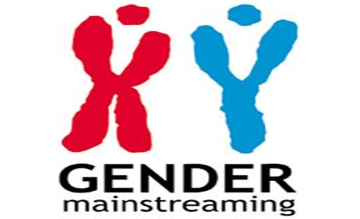 Feminist scholars, policy makers, and activists have recently turned to the collaboration between nation-states, non-governmental organizations, international non-governmental organizations, and intergovernmental organizations’ push for global gender mainstreaming as evidence of how gender issues have been addressed by the world polity. The concept was first introduced at Fourth United Nations World Conference on Women in Beijing in 1995.  By definition, gender mainstreaming involves ensuring attention to gendered perspectives are central to legislation, policy development, resource allocation, and research as well as in the planning, implication, and monitoring of projects and programs (UN Women 2012).  Over the past two decades, mainstreaming emerged as a global strategy for the promotion of gender equality and feminist ideologies and practice.

For many, the move to mainstream has been viewed as a victory for women previously cut from positions of power within institutions and organizations.  Supporters of mainstreaming have argued that the push to attend to gender dynamics and gender perspectives has decreased the “ghettoisation” of women in institutional organizations (Bacchi & Eveline 2003:99).  However, there has been increasing debate regarding whether mainstreaming has advanced or limited women’s equality.  Roberta Guerrina (2003) has suggested mainstreaming can actually silenced women’s voices when women’s issues and organizations are dismissed on the grounds that gender has now been mainstreamed.  More problematic in terms of the world-polity has been the official support of mainstreaming without any lasting internalization.  For scholars Carol Bacchi and Joan Everline, this is evident as mainstreaming policy allows governments to manage without being directly involved in the implication practice (2003:101).  This becomes problematic as organizations vary in their understanding and articulation of gender equality and inequality (Everline & Bacchi 2005; Walby 2005; George 2007).  In addition, the promotion of the concept by powerful international organizations including the World Bank, UN, EU, and the Council of Europe has lead some scholars to question if mainstreaming is really a global solution or simply a new mechanism for pushing Euro-American concepts of gender on non-western populations (Daly 2005; Verloo 2005; Woodward 2008).

These concerns of feminist scholars, international policy makers, and transnational feminist activists regarding gender mainstreaming are strikingly similar to world polity theorists.  Although world polity theorists frequently highlight the emergence of global cultural as part of the world polity, global values are not seen as the result of an egalitarian world society (Meyer 2000).  Rather, the growing global culture has been described as the result of dominating western powers.  Weaker societies can be pushed into a state of mimetic or coercive isomorphism, officially supporting a “world value” without any lasting internalization or finding it necessary to decouple action from the official position, either because they lacked the resources or desires to enforce a global position (Meyer 2000).