Whose Rights: Human Rights and Human Agency in the context of Humanitarian Intervention 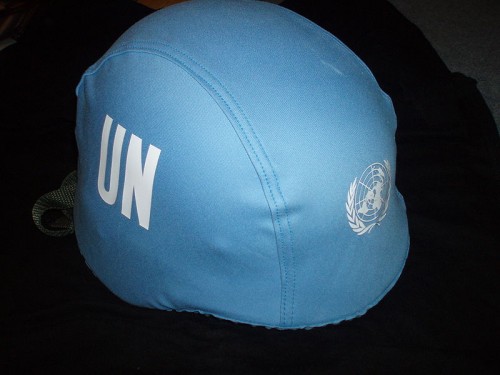 In what seems to be a dramatic shift in foreign policy, the France has found itself involved militarily in three wars. French forces are currently engaged in Cote d’Ivoire, Libya, and Afghanistan. All three interventions are purported to be in the name of peace and security. According to the New York Times, “Mr. Sarkozy and his government have emphasized that they are using military force in the name of the United Nations, not out of any colonial impulse, with the aim of saving lives.” These military actions are justified by the “responsibility to protect” – an idea enshrined in UN Security Council resolutions of 1973 and 1975 which are viewed as precedents for authorizing military responses to humanitarian crises.

There is little doubt that the idea of foreign military intervention on the grounds of humanitarian action is precarious and the body of international law surrounding this fairly modern concept is complex. The right or responsibility to protect or R2P comes with legal, tactical, and moral arguments which is why the global community is currently witnessing a measured, if not hesitant international response to civil war unfolding in Libya. However, for all the complexities that feed into the decision making process for foreign state actors considering intervention on humanitarian grounds, how intervention shapes the ownership of human rights weighs far less heavily than tactical concerns.

In an article recently published by the International Political Sociology journal, the author, Arjun Chowdhury encourages his readers to examine human rights in the context of humanitarian intervention. In his article, “’The Giver or the Recipient?’: The Peculiar Ownership of Human Rights,” Chowdhury outlines what he sees to be two paradoxes of human rights. He outlines these paradoxes as such:

Chowdhury asserts that these paradoxes necessarily involve not only the sort of reaction to abuses that  we have seen the international community undertake in previous weeks but also a long-term commitment to state-building so that such rights claims have a sustainable recourse.

Ultimately, Chowdhury views this evolution of human rights as part and parcel to state-building rather than a protest against the state as potentially dangerous. He explains, “When states use the language of human rights, they appropriate human rights and deny others the ability to claim human rights for themselves.” The author goes on to assert that human rights must represent freedom as an ideal not freedom as form of organization and regulation. The distinction may seem semantic at best and at worst the sort of theorizing that is completely out of touch with the realities “on the ground” but Chowdhury makes this principled defense in hopes that human rights can be used in way that allows the claimant to construct their own world rather than fall under predetermined regulations under the auspicious of pre-determined rights.

Naturally, in times of mass atrocity and brutal violence, questions of political agency will take a back seat and it can be well argued that they should. However, the questions raised by Chowdhury are interesting ones and ought to be a part of the broader longer term conversations about how as an international community we wish to politically evolve our rights and responsibilities.

Read “”The Giver or the Recipient?”: The Peculiar Ownership of Human Rights” in International Political Sociology