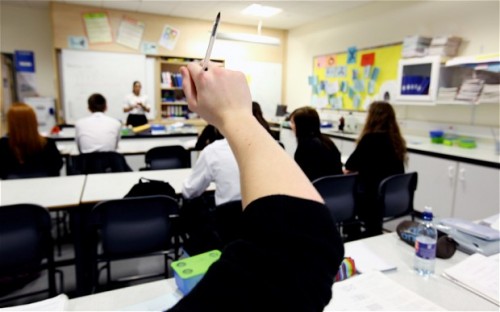 According to shadow education secretary Tristam Hunt, there are currently 17,100 unqualified teachers, teaching more than 400,000 of our children, in state funded schools. I was one of them. In 2007, burnt out from years working in the care sector, I decided it was time for a change. I needed some hope – to feel I was making a difference. I responded to an advert for a job as a Lesson Cover Supervisor in a local secondary school in my hometown. I was unsure of exactly what that entailed, but I toddled along to the interview bright eyed and bushy tailed. A Lesson Cover Supervisor is a member of staff employed by the school to cover lessons in the event of absence of teaching staff. Cover work will be set for them and they will not be expected to do any planning or marking. It seemed simple enough. When they asked me at the interview if I would be interested in also doing some teaching I replied ‘of course!’ with naïve enthusiasm, wanting to appear keen. I was delighted to discover I got the job but what followed was one of the most challenging years of my life (no mean feet having worked for ten years in the care sector with adults with enduring mental health problems, severe learning difficulties and challenging behaviour, and drug and alcohol addiction).

Having not set foot in a classroom since the day I left school, thirteen years before, I immediately began teaching English and Religious Education. The classes I was given were only years 7 and 8, cute little 11 – 13 year olds. Surely they can’t be too difficult, I thought. The Dalai Lama’s quote ‘if you think you are too small to make a difference, try sleeping with a mosquito,’ has never been so pertinent. Try thirty of them. Despite the fact that I was desperate to succeed, they could smell my fear and inexperience from twenty paces and they ran rings around me.

According to a 2014 report by the campaign End Child Poverty, 1 in 3 children in the south of Portsmouth are living in poverty and enduring hardship. That means 1 in 3 children who could be experiencing cold, hunger and deprivation. I thought I was tough. I knew nothing. When my mobile phone was stolen from my handbag and the school offered no support I had no clue how to deal with it. When a disturbed year 7 pupil hid under a desk and ate his own tie, when a roomful of students banded together to hum simultaneously, when I left the room and returned seconds later to find the entire class had turned their back on me and put their hoods up, when a child attempted to climb out of the (thankfully ground floor) window, when a group of errant teens stuck (thankfully unused) sanitary towels to an (admittedly delighted) classmate, I was totally unprepared. 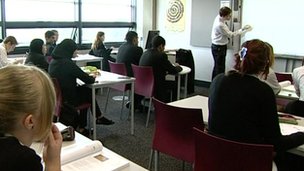 What I know now that I didn’t know then is that teacher training isn’t just about the National Curriculum, about levels and grades, it’s about beginning to learn the subtleties and nuances of teaching. It is about learning how to take a classroom of almost thirty disengaged kids and get them interested in a subject that they lack any confidence in. In my own turbulent education, whatever else was happening at school, English was my sanctuary. It was the place I could succeed. I quickly learned that for many children their experience of English is quite the opposite. My class included a higher than average proportion of children with Special Educational Needs (SEN) – a reflection of the city as a whole – where 23% of pupils had SEN, requiring additional support, far higher than the 14.3 % national average in 2005. Many of these students had been diagnosed with a SEN but, because they had no official statement, they were not eligible for Teaching Assistant support. For me this meant no help in the classroom. I was on my own. For them it meant a lesson that involved the unrealistic expectation of sitting still for almost an hour and reading and writing, which, for many of them, was like some form of torture.

I had no knowledge of different styles of teaching and learning, or about personalising and adapting tasks to suit the needs of the student. I wouldn’t have known what differentiation meant if I was slapped round the head with the DFE’s Teacher’s Standards. The support I got from the school was minimal: I’ve seen menus written in more depth than the lesson plans I was given by the head of department, who, like so many others across the country, was buckling under the stress from increasing demands by the Senior Management of the school, the Local Authority and the Department for Education. And this was before Gove! Nonetheless, I attempted to make up for my lack of skills and experience by devouring books on behaviour management such as the wonderful Getting the Buggers to Behave, and by working like a Trojan. I planned, I marked, I wrote reports. I even met their parents and guardians at the annual Parents’ evening, praying that they would not expose me as a fraud and a charlatan. My £14,040 per annum wages probably amounted to less than the national minimum wage with the number of hours I put in.

I don’t want to paint a completely negative picture. Yes, I had some truly awful experiences, but I couldn’t help myself, those young people enchanted me. In spite of the rocky start, I won them round, eventually. Not because I was the best teacher, and certainly not because I was cool, but because even to the toughest among them it became obvious how much I cared about them. I fell in love with their searing sarcasm, adorable innocence, unwavering loyalty and sharp (though often inappropriate) wit – some of them came up with one-liners Frankie Boyle would be proud of. By the end of the academic year I was emotionally exhausted, physically drained and psychologically wounded but I was galvanised to become a teacher. I had experienced a true baptism of fire – DIY teacher training – and the subsequent year of actual teacher training was a doddle in comparison.

I have no doubt that there are some people who can walk into a secondary school a fully formed, perfect teacher with no training whatsoever. They are the exception rather than the rule, though, and I certainly wasn’t one of them. I have nothing but respect for those unqualified teachers up and down the country who are working hard and doing their absolute best, but there is a reason why teachers are traditionally expected to have completed at least a three year undergraduate degree followed by a post graduate in teaching. I don’t have children of my own, but if and when I do I will want more for them than a well meaning, unqualified teacher doing their best when their best, through no fault of their own, is all too often simply not good enough. Having been an unqualified teacher I can unequivocally say that I deserved better, the parents deserved better and the kids certainly deserved better.