Review of "Not Gay: Sex Between Straight White Men" by Jane Ward 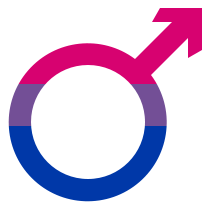 Ward’s book, Not Gay: Sex Between Straight White Men is a look at a timeless, but under evaluated phenomena. Sex between straight white men sounds like a paradox: some kind of residual heteronormative notion. Ward’s assertion is that it is not- that for time immemorial otherwise heterosexual white men have engaged in homosexual and homosocial behaviors under a variety of homosocial circumstances (fraternities, the military, pornography, bathhouses). Ward’s thesis is aligned with queer theory and the notion that sexuality is fluid and sexual identities and practices may be at odds; that primarily heterosexual men can and do engage in homosexual sex acts that do not accrue into some salient identity. Ward asserts these men are not bisexual, not closeted gay men, but rather, that heterosexuality may coexist with these behaviors and even encompass them. This subversion of dominant sexuality narratives is quite bold and Ward does an excellent job in doing so.

Not Gay is a valuable recourse for queer theorists and social scientists- it’s a reminder that categories are not social realities, that practices and identities are not tied up in neat boxes. For these reasons it is a useful tool for researchers who seek to explore this ambiguity. It’s intelligible to a general audience, although its claims may be threatening to hegemonic ideas about masculinity. One can imagine straight men writhing in discomfort while reading it.

The book spends ample time dissolving the boundaries and binaries of traditional notions about sexuality. The entry way into thinking about these men as heterosexuals is outlined in the beginning. We are challanged to think of white heterosexual men who engage in these acts as occupying a “unique erotic domain” (pg. 27) in which these acts can coexist with primarily heterosexual desire. She outlines that this sex can be thought of as “experimentation” “accident” “joke” “game(s)” or “fetish” (pg. 27, 30). Furthermore, the intersection of race (pg 120) brings in the notion that whiteness affords a social leverage that allows these men to engage in marginalized practices without being labeled as gay. White men can afford risking stigma attached to homosexuality by utilizing their privilege. In deed, white men as the symbolic “average dude” (pg. 129) and tenant of traditional masculinity can withstand the scrutiny of heteronormativity via assertions of their own hegemony. A straight white “dude” can control the narratives surrounding their own sexuality, situating themselves strongly within masculinized “boys clubs” that collectively deny any homosexual meanings. The ability to control the meanings of our actions is the privilege of social positions. (pg.53, 139).

Ward’s book pays special attention to not conflating these social spheres, however. Gay sex can occur between heterosexual men out of sexual desire, but also in homosocial rituals. Fraternities and the military play a large role in ritualized homosexual behavior (pg. 160). Men may simulate or enact homosexual or homoerotic behaviors in order to “prove” their heterosexuality. To withstand homoeroticism in these rituals while maintaining one’s heterosexual masculinity is a test created to ensure entry into masculinized heterosexual spaces. Rituals call for properly enacted “disgust” (pg. 179) in order to solidify proper narratives surrounding these acts. Ward shows that these acts may not simply be deviations from heterosexuality, but in many circumstances, a tenant of it.

The book utilizes diverse data, from popular films to personal ads, in order to illustrate its point. It provides a compelling and intriguing argument, that, rather than erasing queer identities, complicates the concept of identity itself. Social narratives may be complex, counterintuitive and at times, paradoxical to traditional modes of classification. The book is a wonderful exploration of this ambiguity, asking tough questions about the stories we tell others and ourselves and complicating a political climate in which “queerness” or “gayness” is seen as salient, innate, or homogenous. It’s in this plurality that the book finds its most fascinating observation: that sexuality is not a neat, tidy continuum, but a complicated maze.

If the book is lacking anything, it is a deeper analysis of exclusively heterosexual men: men for whom any of these behaviors would be unthinkable, perplexing and unfathomable even within homosocial spheres. Furthermore, if whiteness affords some of the privileges that allow for these ambiguities, how does this map onto other homosocial spheres that are either racially diverse, or non-white. Would these observations not apply, or perhaps, play out in other unique and complex ways?

Ward’s book is an intriguing inquiry into a difficult-or-impossible to map phenomena. That she succeeds this well is to our benefit.