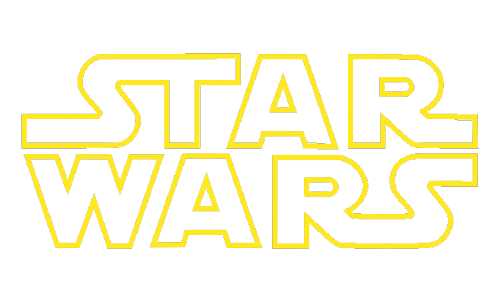 With all the Star Wars hype this past month the fandom seems to have awoken once more. The newest installment of Star Wars not only reinvigorates long-time fans but inspires a plethora of new comers to the franchise. Star Wars: The Force Awakens gives the world a new hope in representation as it showcases two of its main characters, a British woman as its protagonist and a Nigerian Brit as the deuteragonist. From the many hours of fan-made footage to the canonical expanded universe of the happenings in that galaxy far, far away, Star Wars has always been about the individual and what one could take away from the adventure set forth before them. Some see it as a metaphor for political implications while others see religious metaphors within the meaning of The Force. I view the saga as a metaphor for society, its ebbs and flows, the institutions that can restrict or advantage entire groups of peoples, and even popular culture metaphors from the much revered Jedi, to the Rebel or Resistance Pilots, and even various Sith Lords.

Actress Daisy Ridley portrayed the coveted role of Rey, a scavenger from the planet Jakku. She lives her life foraging through spacecraft rubble just in order to get half and quarter portions of food every day. As a sociologist, I immediately see the underclass in Rey and her colleagues who work gruesome days for their payment in meals. Without spoiling too much of the plot, Rey slowly comes to be aware of the presence of The Force, its influences and the pull toward the light and the dark side. C. Wright Mills coined the term “sociological imagination” which describes the process of an individual becoming aware of their and others’ personal experiences and being able to distinguish those from the wider society and sociological phenomena. The way that the movie shows this journey with Rey’s awareness of not only The Force but of the galaxy likened me to Mills’ sociological imagination. Rey has never been away from the planet Jakku and by taking the step towards awakening and awareness she realizes the influences of the dark side beyond her own personal experiences with darkness, part of which allows her to grow as a character.

John Boyega portrayed the defected storm trooper FN-2187, who later the character Poe Dameron named Finn. The Force Awakens allowed the audience to look into the life of a Storm Trooper that previous films did not. The Storm Troopers are of course an army meant to follow orders and unleash the wrath of the Sith’s command unto the galaxy. A literal faceless army, the Storm Troopers remind me of the sociological concept of individuals who have succumbed to the Panopticon. The Panopticon which philosopher Jeremy Bentham proposed as a circular building with an observation tower in the center of an open field surrounded by outer walls was designed before the concept of prisons existed. Within sociological theory, Michel Foucault has expanded Panopticonism to describe the authority of a seemingly anonymous power that hands out harsh disciplinary methods to ensure order and control of desired populations. Finn was stolen from his parents during infancy and was conditioned to be a Storm Trooper, in effect brainwashing. In our field we often discuss concepts from overarching forces such as government institutions and the media that constantly feed us messages, The Storm Troopers are a fictional manifestation of this real life phenomena. Finn escaping the influence of the Troopers’ conditioning is also an awakening of his own.

Comparing these characters to sociological theory showcases the various interpretation an individual can take away from this saga but realizing the significance in the casting of these characters is a message within itself as well. Most people appreciate Star Wars for what it is. Apart from a sect of viewers who get hung up on technicalities or inconsistencies of the story plot many people can relate to Star Wars. As a 24 -year-old woman seeing Ridley portray the role of Rey was enrapturing and the brilliance of the role was that it was not overly stated that her role as a woman would be prone to gender norms. Rey is allowed to be emotional and strong, witty, and angry without any consequences to her story arc. Boyega as Finn perhaps did more for me as an African American than seeing Ridley as Rey. Seeing his journey from Storm Trooper to one who has acknowledged his violent past yet still able to be capable of genuine joy and excitement given that he was never allowed to show any emotion speaks volumes. Seeing him form friendships all while doing such things for the first time in his life is representative of the triumph that he feels that he defied his fate and marked his own path despite the institution that was meant to keep him in his place. The Force Awakens has truly given me hope for the future of such actors portraying iconic roles across all genres; representation is so important in media as it serves as a reflection of the progress in our society.