Why Sociologists Should Be Critical of the New Family Structure Study 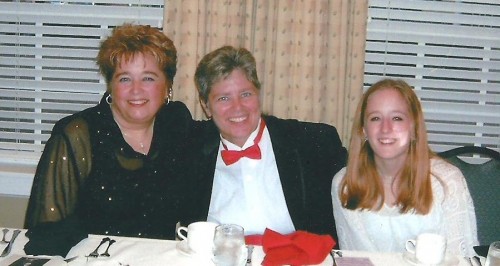 An article in Social Science Research is causing quite a stir among sociologists, and is sure to fuel the flames of the debate surrounding gay marriage. Mark Regenerus, sociologist at UT Austin, has just published results from the New Family Structure Study (also see his Slate article). He suggests that children raised in heterosexual intact families fare better than children raised by gays and lesbians. This goes against previous research which indicated the opposite: that children of gay and lesbian parents had the same or better outcomes as those raised by heterosexual parents (one study, for example, showed fewer behavioral problems among children raised by lesbians). The responses critiquing Regenerus’ work emerged quickly (for example, see a critique here). In fact, many notable sociologists who study families, parenting, and sexualities spoke out against its method and findings.

The study does a number of interesting things when trying to compare parenting in these different types of households. First, Regenerus counts as gay or lesbian any parent who has had a same-sex relationship. He does this regardless of whether or not the parent publicly (or even privately) identifies as gay or lesbian. Sexualities scholars have long questioned the attribution of identity based on behavior. Not only do people participate in a wide variety of sexual and relationship activities that vary through the life course, their identity does not always match the behaviors in which they engage. For example, we are familiar with men, popularly referred to as on the “down low,” who identify as straight, live their lives in straight marriages, yet sometimes or often have sex with other men. Moreover, many individuals identify as bisexual, not gay or lesbian or straight, and have both same- and different-sex partners. Regenerus leaves no room for either of these possibilities (or any others) in his study, thus greatly limiting the power of his “findings.”

I wish that anyone who has ever had a same-sex relationship or encounter would identify politically with the LGBT community; that would certainly cast doubt on the normalness of heterosexuality. But, to my chagrin, that just isn’t how it works and Regenerus’ study is rightly criticized for this assumption. Moreover, the homophobia implicit in this assumption—that one “gay” encounter makes you gay—is reminiscent of the racism of the one-drop rule that used to define as black anyone who had even a single drop of African blood. No one ever seems to think in the reverse terms. I know a lot of currently self-identified gays and lesbians who have had at least one opposite-sex relationship—yet Regenerus would probably see it as absurd to code them as straight.

Second, he also compares gay and lesbian parents, who may be parenting singly, with intact heterosexual parents. In his Slate article, he suggests that a common factor among children of (what he calls) gay and lesbian parents have more instability in their homes than children of non-divorced straight parents; this, he implies, may account for higher incidences of problems (like drug use, criminal behavior, and sexual victimization) among these kids. What he actually appears to be measuring, in my opinion, is the effect of instability in the home, not homosexual parenting, on children’s outcomes; not surprisingly, instability is worse for children than stability. If he wanted to measure the effect of gay and straight parenting, he would have needed to compare intact gay and lesbian homes to intact straight homes, broken gay and lesbian homes to broken straight homes (controlling, of course, for the timing of separation etc.).

The supposed findings of this study are, no doubt, going to be used by advocates that oppose gay marriage, gay adoption, and gay relationships generally. I am the child of lesbian parents. They were together before I was born and, though they are now separated, they were together until I was 19, so my childhood was as stable as Regenerus might expect from intact, biological straight families.  In his blog (hosted on an evangelical Christian website), he responds to the critique that he should have studied intact, stable gay and lesbian families in order to get good results by saying that they “really didn’t exist in numbers that could be amply obtained *randomly*”. It seems to me that, rather than trying to answer questions when you don’t have the necessary data to do it, perhaps you should ask different questions. Certainly, we all do the best with the data we can get, but it is never alright to draw conclusions that your data don’t support—and Regenerus’ data simply cannot answer the question he set out to ask. And when your research questions the legitimacy of people’s families—my family—I demand higher research standards.

Leddy, Anna, Nanette Gartrell and Henny Bos. 2012. “Growing Up in a Lesbian Family: The Life Experiences of the Adult Daughters and Sons of Lesbian Mothers.” Journal of GLBT Family Studies 8(3): 243-257.