The Attack on Anita Sarkeesian: From Media Analysis to Anti-Feminism and Online Harassment 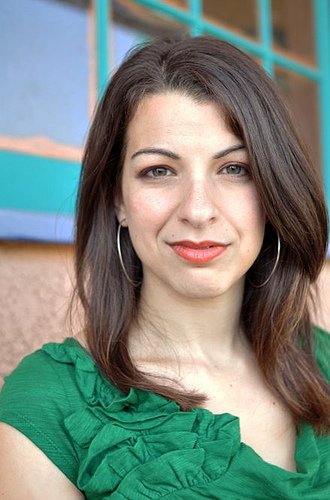 AUTHOR’S WARNING: This post, and especially the links leading from it, contains images and language that some readers may find offensive or unsettling.

Anita Sarkeesian is clever, eloquent, and seemingly fearless, but the recent fame she has achieved is not entirely pleasant. With a B.A. in communications from California State University, Northridge and a Master’s degree in social and political thought from York University, Sarkeesian is thoroughly knowledgeable and aptly qualified for her role as media critic and feminist activist. She uses her blog, Feminist Frequency, as one vehicle to further her research interests of “race, gender, sexuality, class and ability in popular culture.” Yet if you visited her (vandalized, and since fixed) Wikipedia page on June 5th or 6th, you would see her described not as a “feminist media critic,” but “an entitled nigger” (Sarkeesian is Armenian) and “hooker.” Comments on her YouTube channel and blog label her a “feminazi,” among other vitriolic insults.

It all began when Sarkeesian posted a video to Kickstarter, a site that crowdsources funding for creative projects. The project, “Tropes vs. Women in Video Games,” which is not yet completed, will “explore, analyze and deconstruct some of the most common tropes and stereotypes of female characters in games.” She asked for $6000 to fund the project; she received $158,922, threats of death and rape, and international media attention.

The great irony here is that Sarkeesian’s project has yet to be released – the response is not to her critique of the ways in which women are depicted in video games, but the mere idea that her project would explore these issues. Thus it is a bit unfortunate that so much emphasis has been placed on the harassment that Sarkeesian has experienced rather than her intended subject. While this post falls within such a category, I would be happy to revisit the issues that Sarkeesian raises when she releases the first of her 12 videos. Nevertheless, this incident has brought popular attention to the intersection of gender, feminism, harassment, and online interactions – subjects that sociologists have been studying for years.

The attacks on Sarkeesian draw on larger discourses and existing stereotypes. Much of the harassment and threats she has experienced have been gendered attacks on her sexuality, and feminism – NOT the substance of her ideas. These range from the relatively tame, such as taunts urging her to “get back in the kitchen,” to the truly horrific, including cartoon drawings of Sarkeesian being raped. In any case, such attacks function to undermine the legitimate discourse surrounding her original project by diverting attention to her. Statements such as “get back in the kitchen” are rooted in traditional gender roles that dictate a woman’s place as housekeeper – one of domesticity and passivity. Elsewhere, harassment that focuses on her feminist ideology also attacks her sexuality, drawing on pervasive stereotypes of feminists as angry, man-hating lesbians.

Sarkeesian’s experience may be largely unfortunate, but it does provide further impetus for conversations about online harassment and women’s depictions in the media. Sociologists are well-suited to help lead the conversation. The further reading section below contains links to some useful articles to help make sense of the issues in question. Mendes and Carter (2008) have conducted an extensive literature review that chronicles historical and recent developments in feminist and gender media studies. Similarly, Armentor-Cota (2011) provides a review of research that examines gender as a social structure in online interactions. It is also worth noting that Sarkeesian’s project itself aspires to be sociological; content analysis is a tried and true research method used throughout the discipline.

The controversy surrounding Sarkeesian and the response to her project is partially responsible for her success in funding her upcoming series of videos. But this ugly incident also highlights pervasive gender inequality, problems of (sexual) harassment, and widespread misunderstanding of feminism. I leave you with some questions that came to mind while writing on this topic: Why was there such a backlash against a feminist author, and why did it take this particular form? Does the pseudo-anonymous nature of internet communication make this sort of speech unique? Is online space, like so many other social spaces, truly gendered? And finally, what of Sarkeesian’s original question of women in video games and the nature of tropes used to depict them (a question I intend to return to when she begins releasing her project)? Please share your thoughts below!

Sarkeesian, Anita. 2010. “I’ll Make a Man out of You: Strong Women in Science Fiction and Fantasy Television.”