Why are we obsessed with what teens are doing on social media? 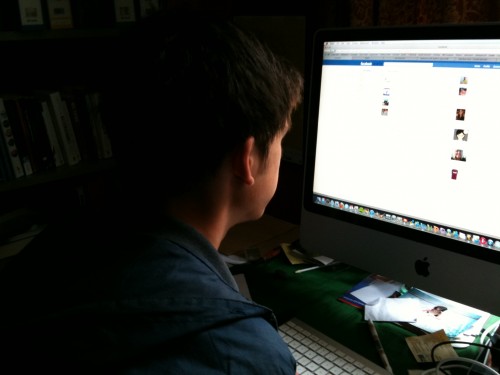 ‘They’, we are told, are prime movers we can observe to spot future trends; like rejecting Facebook. ‘They’ have too much agency because they are doing something problematic or exotic: different to ‘us’. For example, sexting or hacking. Or ‘they’ have too little agency because they are addicted, being brainwashed or radicalised by the Internet. ‘They’ are teenagers. We are not similarly fixated by other social groups in this way. What lies behind our obsession with teenagers online?

Of course there is no single cause or universal explanation but we can understand this obsession with digitally networked youth by locating it in our history of problematising the process of growing-up: from its origins in the industrial revolution to its current, naturalised and institutionalised state in our culture. As we have transformed from an agricultural to post-industrial society our definition of youth has evolved. Young people used to be parental property; nurtured by domestic folk practices then forced into work and afforded no legal rights. Youth today is a public institution; objectified by the state, preserved in law, commodified by business and studied and monitored by rational, scientific expertise.

Pre-industrial European societies had no clear categories for pre-adult phases of life. The notion of childhood or adolescence as a distinct stage of life or a social category that afforded political and social rights is a recent invention (Zelizer 1994). The aristocracy aside, previous generations and their social institutions have regarded children primarily as a source of cheap labour (Cunningham 2009). In 1821, approximately half of the workforce was under 20 (The National Archives 2012). During the nineteenth century, the increased concentration and visibility of child labour in towns and cities and a growing middle class, some of whom were preoccupied by social reform, helped construct models of childhood and society‘s obligations to them. After 1867, no factory or workshop could legally employ any child under the age of 8 and employees aged between 8 and 13 were to receive at least 10 hours of education per week (The National Archives, 2012).

Two trends emerged during this time; the sentimentalisation of childhood and the construction of a new category to describe the transition from childhood to adulthood: adolescence. Younger people began a transformation from a domestic economic resource to objects that embodied the public institution of pure childhood to be protected and nurtured. Adolescents, beyond school, were given to apprenticeships to learn the roles and responsibilities of adulthood. Ideal types were created and used to protect and civilise urban working class groups (Griffin 1993). For the wealthy, public schools became engines of moral improvement that turned out ideal leaders equipped for the duties of empire (Griffin, 1993). How youth developed, learnt, behaved, and what they represented and believed became an issue of state and public concern. As a result, youth departed from being intrinsic to the state of being young (Scott, 1999) to become a problematised moral classification (Qvortrup, 1994).

In this context, a laissez faire approach to youth and abandoning them to fate was seen as a recipe for “moral anarchy” (Lesko 2012, p75). Consequently, in the late 1800s the line between youth and adulthood “became sharper and more intently watched” (Lesko, 2012, p74). Lesko and Talburt refer to the emergence of “pastoral power” during this period: an era of characterised by a “distributed discipline among adult authorities and youthful subjects who internalised regulations to monitor the self” (Lesko & Talburt, 2012, p13). By the early twentieth century, youth was “under the administrative gaze of teachers, parents, psychologists, play reformers, scout leaders, juvenile justice workers” (Lesko, 2012, p75). The persistent and imagined threat of moral anarchy combined with the affordances of pastoral power meant anyone with the authority to exercise this administrative gaze could easily justify their problematisations of youth and their attempts to influence its social shaping. In modern societies this has increasingly became the domain of experts and commentators who are queuing-up to say something about youth online. As a result, the current generation, particularly in their use of social media, is probably the most closely watched generation in history.