"Today we honor the best and whitest" 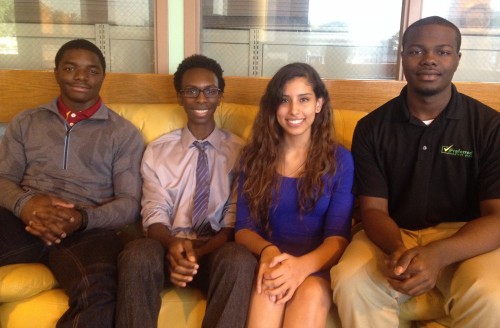 This article is making its way through my news feed again, despite the fact that it is more than 2 years old.  Fresh comments, fresh outrage from the community.  Students experiencing race-based standards give interviews on NPR about how these standards make them feel and think while they are inside the classroom.  To date my favorite casual observational comment about having different standards for different sets of students based on their race is, “based upon their race?  The only race is human”.  IF these standards a way for the public education policy to attempt to acknowledge the reality of racial differences then they are misunderstanding the way structural differences are reproduced.   Racism Without Racists, by Eduardo Bonilla-Silva tackles the topics of racism and social stratification through a paradoxical lens of how people see themselves as racialized beings.

Bonilla-Silva says that most white people do not recognize a “white culture”, one that dominates the American landscape and works to maintain white positions of power and privilege.  He provides evidence for a white identity crisis by describing how most white people, on average, support the ideal of equality and opportunity for all, regardless of race.  Despite a surface equality rhetoric espoused by the majority of white citizens’ racism, discrimination, unequal opportunity, and racial segregation continue to permeate the U.S. landscape typically reproduced in the dialectic of abstract liberalism which adheres to principles such as individualism, merit, and work ethic.  When taken together, a desire to maintain the privilege of one group and cultural explanations of economic injustice, a more sophisticated form of racism and hostility emerges.  The seemingly paradoxical vision of white America is the phenomena called “color-blind racism”.  It has become part of the American fabric through a series of rhetorical twists that unless examined closely remain unacknowledged.

Jessica Williams, a popular Daily Show correspondent, was recently given a career prescription by well-meaning white folks intent on addressing the racial (and gendered) disparities in late night talk shows.  Williams, had previously said thanks but no thanks to the twitterverse who rallied to get her to apply for the position.  She said, “I’m not hosting.  Thank you but I am extremely under-qualified for the job!”  The appropriate response to Williams’ side step is “we look forward to your next segment”.  Encouraging a “lean-in” approach may not be in her best interest.  Only SHE knows what is best for her.  Listen, internet.  Listen to her point of view.  Then respect her choices.

Color-blindness is a one way to rationalize a post racial society and the claim that racism is now a dead issue.  The achievement discussion is an abstract liberal frame which is a set of ethics or morals couched in individualism, egalitarianism, and work ethic.  This frame allows white people to be reasonable and promote a “merit based” system while also opposing all structural programs and services targeted toward situating minority groups for higher rates of success overall.  These programs include but are not limited to affirmative action programs in educational institutions and in the workforce and desegregation laws.  When forming their personal ethical code, many white people unreflectively rank abstract liberalism above reorganizing society to make things fairer for the greatest number using the language of merit, individualism, and work ethic.  They are blind to structural benefits and view differences as individual hurdles.

Color-blind policy making puts racial minorities at a disadvantage unless preexisting inequalities are corrected or taken into account.  Preexisting inequalities are not measured at the individual level with school children or a single comedian/actor.  Lowering standards is a measurement of what we already know, namely that segregation, isolation, and poverty do not mix well with learning.  However, instead of addressing barriers to learning, public education in Florida chose to cover them up by claiming “incremental success”.  Don’t fall for the smoke and mirrors.   Bonilla-Silva is also speaking directly to a white population about their inability to see that they too are racial creatures with both privileges and marginalizations as Lee Thorpe points out here and here.  The ability to see a reflective white racial identity makes it possible to also really hear (must listen!) the disenfranchisement among other racial groups.  When parents and students of color loudly claim that differentiated standards make them feel…well, different, targeted, isolated – the public education system should listen.  And when a successful television personality says she isn’t ready to accept a high profile position, her fans should cheer her on in whatever path she chooses to follow.