The Digital Collapse of Distance, and a Terrestrial Pulling-Apart 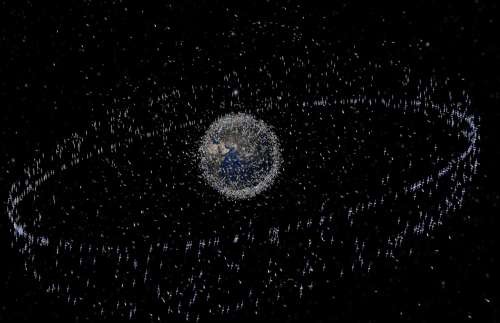 It can be pretty difficult, sometimes, to justify your commitment to ‘ethnographic’ methods. Partly, perhaps, because most people don’t quite know what being ethnographic means. But also because ‘being ethnographic’ is often devalued by the very people with whom British social scientists are increasingly encouraged to engage as part of the ‘Impact’ agenda. I do not think I am alone among doctoral students in having struggled to explain to the ‘technical’ and policy experts I encountered during my research quite what ethnography is, and why anyone would bother with it – or listen to someone who had. Soundbites from Bronislaw Malinowski (whose Argonauts of the Western Pacific and Coral Gardens and their Magic constitute the ultimate methodological reference point for many anthropologists)[1] such as ‘ethnography is about researching from “the native’s point of view” and attending to the “imponderabilia of everyday life”’ are (in addition to sounding uncomfortably dated) unlikely to convince someone who is not already on board. Ethnography quite simply produces ‘data’ (or, more appropriately, ‘narratives’) that are not formalized enough for the tastes of many who occupy powerful positions in business, development and government (but see this for an alternative view). Unless, of course, you accept, with Edward Said (and more recently David Price) that ethnography – and the ‘area expertise’ derived from its practice – is implicated in both earlier colonial, and contemporary American, military expansion. So what (if any) kind of relationship might there be between the type of knowledge produced by ethnography, and the wider power structures in which a researcher operates?

To answer such a question, it’s worth trying to figure out in more detail what it is anthropologists have historically meant by ethnography – what kind of knowledge does ethnography produce that other methods don’t or can’t? A useful point from which to set out for an answer is a rather old text by Edmund Leach in which he reviews the University of Ceylon’s ‘Socio-Economic Survey of Pāta-Dumbara’, carried out by Stanley Tambiah in 1957. Leach sets up an opposition (which admittedly doesn’t really hold so clearly today) between ‘field sociologists’ interested in investigating ‘units of population’ which can be expressed in numbers, and anthropologists who study ‘systems of relationships’ or ‘non-statistical social facts.’ He thus criticises Tambiah for enumerating households as ‘units’ (‘persons who cook their rice from the same pot’), and household members as made up of ‘characteristics’ that can be enumerated and ‘thereafter “processed” in a Hollerith machine’. Leach notes that enumerating households by cooking pot disguises the fact that young Sinhalese women, given a cooking pot upon marriage, may have still resided within their parents’ house – creating from Tambiah’s view, many ‘statistical households’ within one ethnographically apparent household. Tambiah’s enumeration of 3 out of 4 households as landless was therefore based upon ‘pot’ households, not households as they were lived out by the residents of Pāta-Dumbara (and which may have included young married couples yet to inherit, who were not strictly ‘landless’). Even if the ‘field sociologist’ / ‘anthropologist’ distinction no longer holds, Leach sets out quite clearly what ethnography is not: ethnography, it seems, is a process of collecting data that is resistant to abstraction, and concerned with social relationships, not social units abstracted from those relationships.

In James Carrier’s words, for contemporary proponents of ethnography ‘the embedding of life in its context seems more attractive than the more abstract disciplinary activities of comparison and generalisation.’ Carrier goes further than simply exploring the anti-abstraction aesthetics of ethnography, and conducts a brief survey of the place of abstraction in ‘Western’ thought and history. He observes that ‘abstraction’ is widely valued ‘as an element of an orientation that is cosmopolitan and concreteness is devalued as an element of an orientation that is local.’ For a ‘concrete’ example of his point, he turns to the section of Bourdieu’s Distinction where an image of a heavily-made up woman under strange lighting is shown to members of the ‘dominant’ and ‘subordinate’ classes in late twentieth century France. The ‘subordinate’ are portrayed as speaking about art in concrete terms, relating to context and the senses: ‘I wouldn’t like that photo in my house, in my room. It isn’t very nice to look at.’ Those occupying dominant positions, however, interpret the image through abstract aesthetic and symbolic language: ‘A rather fantastic sort of character, or at least rather bizarre…it could be a Dreyer character, Bergman at a pinch…’ Similar comparisons, Carrier suggests, could be made for the way elite groups relate to space, privileging ‘disembeddedness’ and movement over parochial ‘embeddedness.’ (Consider how anger over ownership of rural ‘second homes’ by cosmopolitan elites is played out in the UK.). Carrier in fact claims that

denigration of orientation to one’s immediate context, like a positive evaluation of orientation to more distant events and processes, is common in British and western thought more generally… [this is] not, however, a prelude to disengagement; it is a way to secure a coign of vantage, from which the abstracting agent can act purposively within the situation, and hence shape it.

Which brings me neatly to the recently published paper that stimulated this blog. Mark Duffield, an anthropologist, security studies academic and former Oxfam representative in Sudan, has written an open access article entitled ‘From immersion to simulation: remote methodologies and the decline of area studies’ in Review of African Political Economy. Duffield goes further than Carrier (and in effect argues against Edward Said) when he suggests that ‘ground truth’ is no longer of ‘relevance for neoliberalism as a vector for strategizing and projecting power.’ In fact, he suggests (although to be clear he does not condone this state of affairs), that ‘being in the world is no longer a requirement for generating knowledge of it.’ As ‘territorial risk avoidance’ makes life incredibly difficult for academics who want to study in conflict zones, a ‘countervailing electronic colonisation of the atmosphere’ replaces cultural immersion as a mode of generating knowledge. ‘Big Data’ eschews ground truthing in favour of abstracted, non-relational knowledge, which may endow different elites with a ‘coign of vantage’ from which to shape the situation thus monitored. In fact, Duffield argues that the abstraction of Big Data renders tools like UN Global Pulse (designed to collect data on how the poor respond to environmental and economic shocks) and the US Army’s Nexus 7 platform (used to ‘predict adversarial behaviour’) virtually indistinguishable: ‘As the development-security nexus digitalises, whether you get a small cash transfer or a Hellfire missile is a matter of operational choice.’

Duffield singles out the ‘post-colonial anxiety’ about ethnographic knowledge production (to which writers like Said contributed), along with the benchmarked career paths of the neoliberal university (and their risk-averse university insurance policies) as factors which have contributed to ‘the existential distancing of the Global South’ from the lives and concerns of Northern academics at the same time that the death of digital distance is loudly proclaimed. Duffield’s position on post-colonial anxiety may be unfashionable, but it is worth listening to. The arguments made by Said and others about the mutual imbrication of ethnographic knowledge production and imperial territorial expansion have not kept pace with new technologies for the abstract administration of space from a distance. In today’s world it might be something as simple as an interest in ‘ground truth’ and shared existence that sets ethnography apart.

[1] Perhaps some sociological readers of this blog will put more emphasis on Whyte’s Street Corner Society. Although written after Malinowski’s work, Whyte was perhaps more important in setting the tone for doing more politically attuned ethnography closer to home.