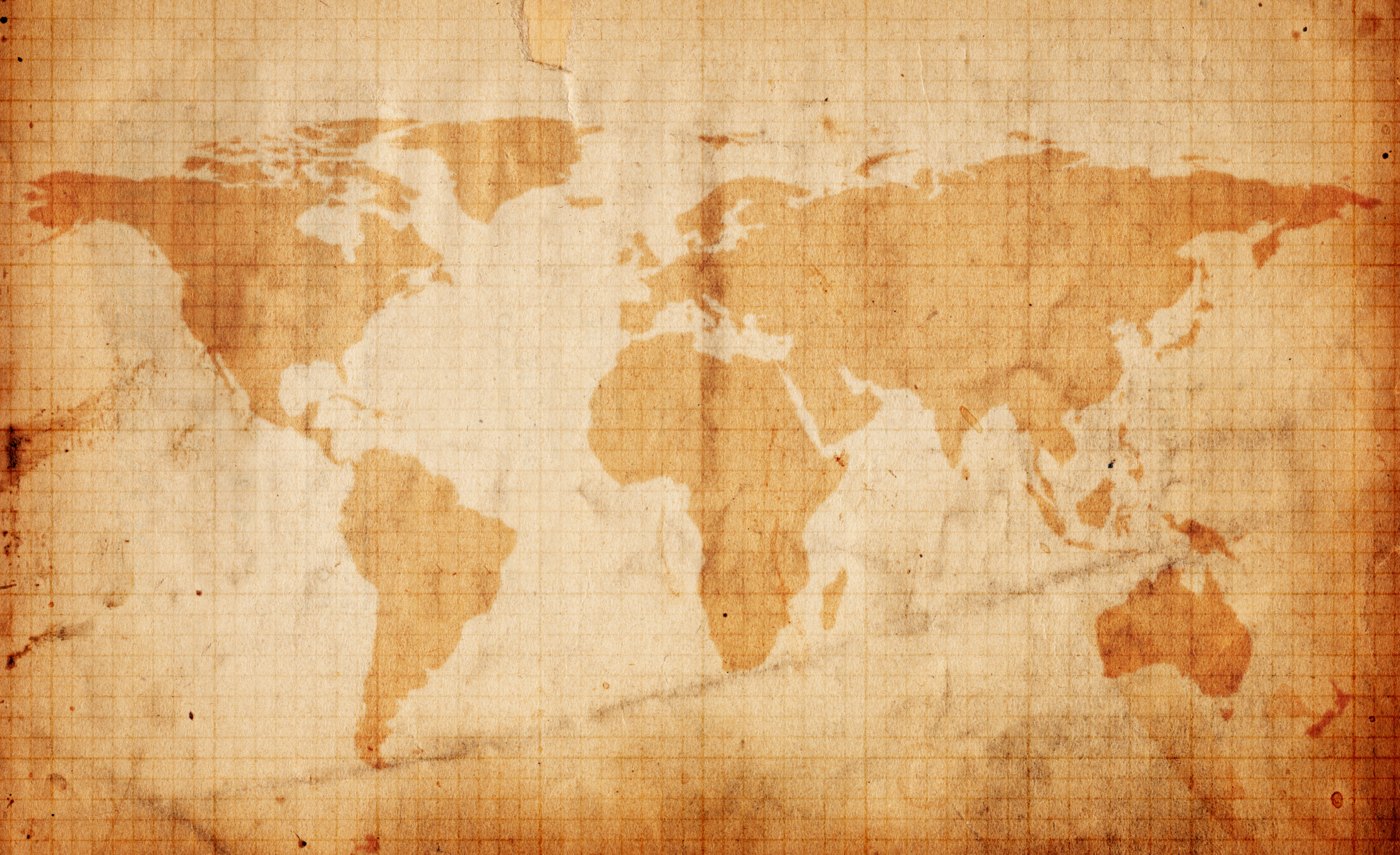 Does the discipline of sociology need to decolonise? When the editors of The Sociological Review put this question to their twitter followers earlier this year, the response was largely affirmative. Across the social sciences and humanities, there are growing concerns about the Eurocentricity of even the most putatively radical theoretical debates. Campaigns to decolonize higher education are not, however, limited to curricular matters. Sarah Cummings and Paul Hoebink have recently published research showing that only 14% of the authors (and 9% of editors) in leading development studies journals are from developing countries; there are similar patterns for leading journals in tropical (formerly ‘colonial’) geography. There have been movements to decolonize academia and higher education beyond the social sciences too. Zuleyka Zevallos has written a great deal on the anti-Trump ‘March for Science’ and its organizers’ apparent inability to deal with diversity, colonization and social justice, and Chanda Prescod-Weinstein has curated a fantastic and widely-shared Decolonising Science Reading List. But when it comes to sociological work on finance and financialization, race and colonial legacies are – with few and notable exceptions – rarely on the agenda.

Now it is true that some of the most widely-cited works on finance and law, by Rafael La Porta and colleagues (here, here and here), do address the colonial origins of various legal regimes. But this is only done in order to assess the relative levels of investor protection afforded by different legal traditions that, being introduced via ‘conquest and colonization…were largely exogenous.’ There is far more to the relationship between colonialism and finance than this sanitized take would suggest. And, although there is an excellent and growing sociological literature on financialization (variously understood as the predominance of financial over ‘productive’ sectors in the economy; the reorganization of firms according to financial imperatives; and the cultivation of financial sensibilities in ‘investor subjects’), genealogies of financialization are rarely traced back to colonial encounters.

Maureen Sioh argued a decade ago that questions of race and ethnicity were absent even from the ‘growing body of work on culturally-inflected financial analysis’. Though the sociology (or social studies) of finance has proliferated over the last ten years, her statement remains more-or-less true. There are, however, some promising threads to be picked up in the work of cultural studies scholars like Zenia Kish and Justin Leroy; media and critical race theorists like Alyosha Goldstein, Iyko Day, Paula Chakravartty and Denise Ferreira da Silva; and historians like Edward Baptist.

Kish and Leroy, for instance, treat recent innovations in social investment bonds or ‘life bonds’ as the latest iterations in a long history of racialized financialization that can be traced back through the development of slave bonds in the American South:

“In particular, we argue that finance has historically developed new innovations through arenas of experimentation in which privatized control over racialized bodies and life possibilities expand the boundaries of financial value…With few exceptions, scholarship on the recent financialization of everyday life does not acknowledge these historical connections.”

Are there not close parallels, Kish and Leroy ask, between social investment bonds that produce returns when disproportionately black and brown inmates (who generate revenue for private prisons while incarcerated) are prevented from re-offending, and the historical practice of generating value from slaves first through productive labour and then again by mortgaging slaves as collateral for Southern banks? Is financialization not part of a ‘longer genealogy of racial capitalism that has long relied on racial difference to make available for investment something that would otherwise be wholly unthinkable’?

In a forthcoming article for Cultural Politics, cultural studies scholar Max Haiven also engages with this longer genealogy of financialization as a dimension of racial capitalism, this time through a ‘decolonial’ reading of financial literacy campaigns targeting First Nations communities in British Columbia. Drawing on Chakravvarty and Da Silva’s work on race and the sub-prime mortgage crisis, Haiven argues that financial literacy programmes can be understood as normatively white: they ask for prudent risk management from ‘investor subjects’, and promise in return security and success within a putatively colourblind system. Financial literacy programmes, Haiven suggests, produce their own forms of illiteracy towards the racialized forms of oppression that financialization depends upon – and equally, they cultivate an illiteracy where radical imaginings of alternative futures are concerned. Discussing what ‘decolonial financial literacy’ might look like, Haiven is careful to note that it would not be an appropriation of First Nations modes of managing wealth. Rather, decolonial financial literacy would involve an acknowledgement of the debts that a settler colonial nation such as Canada owes, according to which it might appear on the verge of bankruptcy.

For those in the former colonial metropoles such as the United Kingdom, promoting decolonial financial literacy is equally important. In her work on race and post-colonial currency politics in Malaya/Malaysia, Maureen Sioh notes that, despite Malaya being one of the few countries in Britain’s sterling area to have a positive balance of payments with the USA (and thus finding itself in a good position to peg its currency to the US dollar after independence), post-independence elites were convinced to peg their currency to sterling. This was largely due to Britain’s rhetorical effort to maintain:

“the appearance that Malaya was obligated to them because of Britain’s ‘natural’ role as protector of the weak from the predations of the Communists, a narrative thread that invoked subliminal fears of fetishized racial stereotypes of irrational violence on the part of the colonized.”

As to why the British were so concerned to keep Malaya in the sterling bloc, the latter’s positive trading relationship with the US was essential to the maintenance of living standards in post-war Britain:

“Malaya’s dollar earnings were crucial in slowing down Britain’s eclipse by the United States; in 1951 alone 83 percent of Malaya’s earnings went into the sterling pool. The British candidly admitted at home that Malaya had to be protected, because without it, ‘it would involve a surgical cut in British living standards’ and ‘the sterling currency system, as we know it, could not exist.’ Britain would have had to halve its imports from the United States.”

There are, perhaps, similar debts, accrued through the operations of a racialized capitalist order, to be reckoned and acknowledged here.

It might even be possible to speak of reparative financial literacy, following Anita Rupprecht’s recent work on reparative histories and the trans-Atlantic slave trade. It is now well-documented, notes Rupprecht, that many large insurance companies – Lloyd’s, Royal and Sun Alliance, even that central player in the 2007-08 financial crisis, AIG – can trace their histories back to the slave trade. Rupprecht describes the conceptual violence that accompanied the physical violence of transatlantic slavery:

“As well as guns, chains and whips, the slave ship’s log and ledger, the bill of landing, and account books were required to produce captives. African bodies were rendered through legally binding documentary practices that converted each one in to an exchangeable unit. The numbers and columns of modern accountancy captured life and scaled it into credits and debts. Market calculations, abstraction, measurements of suffering and rubrics of equivalence all commuted life into mere matter. The merchants also calibrated life and death into a mathematical equation when they took out insurance policies to cover their voyages.”

Concepts such as ‘inherent vice’ – the tendency for certain goods (wine, tobacco wheat) to deteriorate during a voyage – were deployed by insurers as a ‘formula of equivalence that legally and actually reduced so many people to so much inherently perishable matter’. Dying as a result of epidemics, suicide and malnourishment became merely a matter of uninsurable ‘natural death’ as far as the insurers were concerned.

The parallels between Rupprecht’s work and the sociology of finance that concerns itself with techniques of calculation and economization are rather clear. But until longer genealogies of financialization (that acknowledge the leveraging of racial difference for financial innovation), and more expansive, decolonial or reparative approaches to financial literacy (that do not erase systemic inequities by focusing on techniques for responsibilizing investor subjects) are placed at the centre of sociologies of finance, this branch of the discipline will remain sorely in need of decolonization.