The Global Development Race: Why parts of East Asia are lagging behind 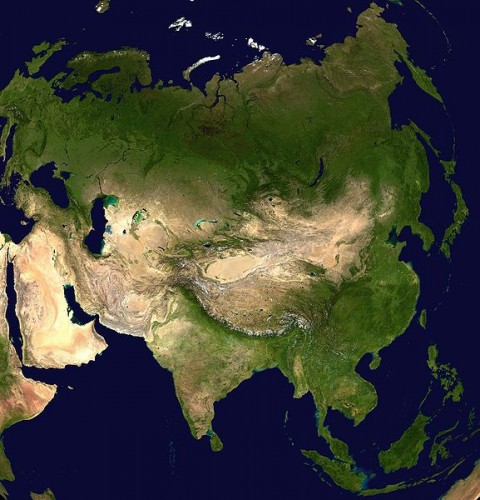 Tuesday evening President Barak Obama delivered his annual State of the Union address to the United States Congress and the American people. The theme of the President’s speech, ‘win the future,’ focused on a bipartisan effort to rise to the challenge of emerging Asian powers such as China and India.

However, on the heels of Chinese President Hu’s visit, Mr. Obama noted that the challenge is not limited to BRIC countries. South Korea’s emphasis on infrastructure and education did not go without mention. Indeed, the United States is forced more and more to look to East Asia for the next milestone of development and innovation; meeting these challenges will be essential to America’s retention of its global status. In his speech the President stressed, “We need to out-innovate, out-educate and out-build the rest of the world.” He later stated, “Our infrastructure used to be the best, but our lead has slipped… South Korean homes now have greater Internet access than we do… China is building faster trains and newer airports.” However, while much of Asia’s development is laudable, it is hardly universal. As China, Japan, India, Singapore and South Korea charge toward the future, Cambodia, Lao PDR, and Vietnam are left behind.

Much of the scholarship on Asian development currently focuses on the dramatic progress of the region’s success stories rather than the factors that continue to hold back its underdeveloped countries. In the Winter 2010 volume of The Sociological Quarterly sociologist Roy Kwon addresses this intellectual gap in his article “How the Legacy of French Colonization has Shaped Divergent Levels of Economic Development in East Asia: A Time-Series Cross-National Analysis.” The author examines what features of the region’s history influence this developmental divergence. Most notably for Kwon, many of the struggling nations of East Asia are former French colonies.

The article outlines a “path dependent” lens through which to view future development. Different colonial strategies either promote or hinder development. While previous literature has noted that the French customs of mercantile-style economies and civil legal traditions have the potential to create vast and cumbersome government others have noted that given the economic success of other East Asian states it seems unlikely that large governments are inherently bad for growth. So much so, in fact, that many sociologists cite the phenomenon as a direct contradiction to the neoliberal formula of economic success.

What is essential about French colonization, which Kwon points out, is that it institutionalized not only large but predatory governments. France’s empire building was fueled largely by its terribly expensive rivalry with Great Britain. It was necessary for the country to seek means to bolster its economy and therefore the function of its colonies was to extract indigenous capital.  As the author notes, “France was less concerned with developing the commerce of this region and more concerned with establishing a strategic regional counterweight.” Therefore, factors that are widely recognized as essential to the development of much of East Asia – international trade, transfer of technology, exploitation of comparative advantages, and decreases in the domestic level of income inequality- are absent from former French colonies which did not create national environments that were favorable to domestic investment, international trade, or educational attainment.

Kwon’s hypothesis, which is supported by his time-series cross-national analysis, is significant because it unveils some of the institutional mechanisms through which underperformance persists in the region. He concludes that with additional research, policies can be developed to overcome these historical sources of underdevelopment.

President Obama’s challenge to America to stay competitive with emerging economies is significant not in that the United States must truly “win” the future; rather it is imperative for great nations to continue to push each other to innovate for a better future so that we might all win. Addressing the historical obstacles of underdeveloped neighbors will help to create more positive competition for the future in the hope that we will not only become better nations but a better global community.

Read,  “How the Legacy of French Colonization has Shaped Divergent Levels of Economic Development in East Asia: A Time-Series Cross-National Analysis” in The Sociological Quarterly

Read, “Obama Calls for Bipartisan Effort to Fight for U.S. Jobs” in The New York Times